On the BLM Crimewave: Has any movement been discredited more quickly by reality than “Black Lives Matter”? 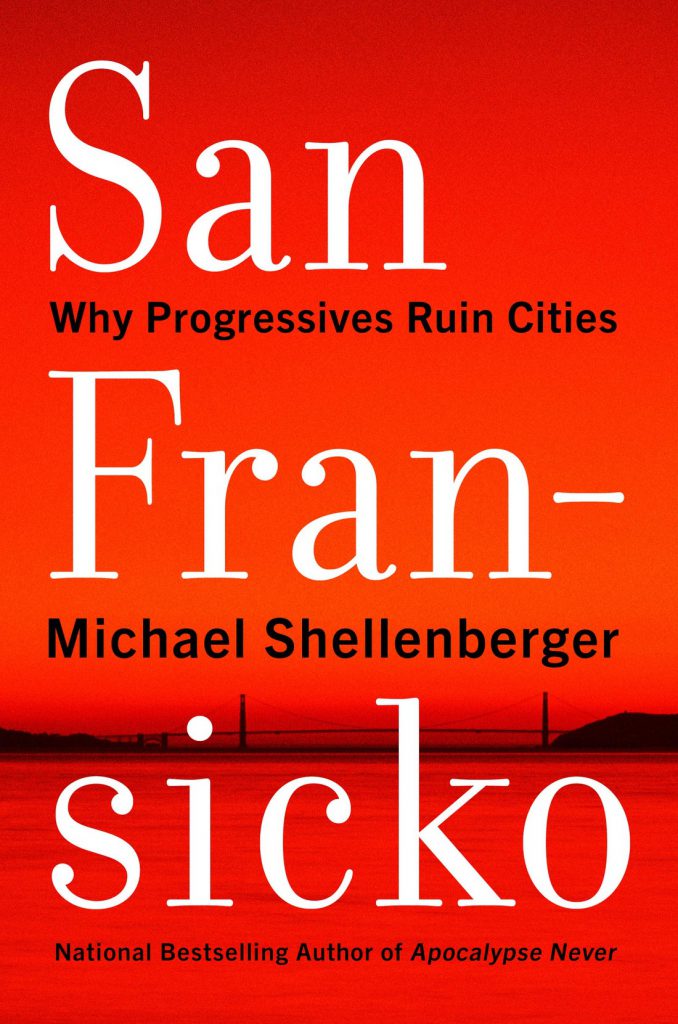 Shellenberger has been getting a lot of play from the left (Andrew Sullivan et. al.) to the right ( Joe Rogan, Dave Rubin, et. al.) for his book San Fransicko. He seems to have timed it right since the collapse of the BLM George Floyd Liescraper faster than a Miami Beach condo with similar rotten foundation issues.

He summarizes the last day or so of retraction in action by various members of the NarcoCommunist Bureau of Approved Truth. in this Twitter thread:

Column: Tough-on-crime politics are back in California. But Black activists aren’t giving up
After George Floyd, many Americans backed police reform. Now with a rise in crime, activists must fight changing opinion by politicians and the public.
https://www.latimes.com/california/story/2021-12-17/california-goes-tough-on-crime-black-activists-fight-for-police-reform

She now admits that defunding the police was PR disaster but claims that covid is supposedly the cause of rising homicides, not the withdrawal of police & criminal emboldenment

It’a all already over for the progressives on crime. They lost. Why?

— Record homicides in Philly+12
— Emboldened criminals, from Walgreens to Louis Vuitton
— And the progressive denial of crime, the minimization of crime, and the gas-lighting of the public experiencing crime
— Criminologists endorse Ferguson effect of withdrawing police & emboldened criminals following anti-police protests
— BLM protests must thus be viewed as major if not most important factor behind crime rise
— Delegitimizing police & criminal justice system = more crime

Now, San Francisco’s Mayor @LondonBreed has put her career on the line to crackdown on SF’s crime problem. She did so without the support of progressive TL supervisor @MattHaneySF who was caught off guard by her request for more $ for cops. Today @MattHaneySF moved to Team Breed:
Breed announced a State of Emergency and in her announcement quotes Haney: “This is a public health emergency demanding a crisis level response, with massive urgency… a declaration of an emergency will give us the tools we need to respond…”

The most important national expert on drugs & crime is @KeithNHumphreys of Stanford University. His oped, “Breed’s plan to shut down Tenderloin drug markets is progressive,” is in today’s @sfchronicle

It is the new center of a moved Overton window. Humphreys is one of the leading experts I cite in “San Fransicko,” which draws heavily on the same study that informs Humphreys oped, which is very detailed and careful study of how Austria, Frankfurt, Lisbon, Vienna, & Zurich shut down open drug scenes

Progressives misled the public about addiction, about how Europe dealt with it, and about what the best practices are for dealing with it

Best practice is *not* to enable, normalize, and legalize open-air fentanyl & meth addictions, which kill 100k people/year
Best practice is to arrest street addicts who break the law and give them the choice of rehab or jail

THAT’S what they did in Portugal.

They didn’t just do harm reduction and they certainly didn’t destigmatize meth, heroin, and fentanyl use!

Progressives similarly misled the public, including me, on crime

They said they would seek alternatives to incarceration but prog DAs mostly aren’t doing that, they’re just letting people out without probation & rehabilitation, and diversion programs aren’t working.  Rather than be honest about this, progressive prosecutors and progressive activist writers have simply denied the crime rise.

Until, that is, former Philly Mayor @Michael_Nutter called out @DA_LarryKrasner for denying record homicides Krasner apologized.

Then came Breed’s speech: “When you are in a room full of people, I would say between 90% & 95% of folks could raise their hand and say that either their car has been broken into, or they’ve been a victim in some capacity or another. That is not acceptable.”

Over the last 10 days it became, suddenly, politically impossible for mainstream progressives to maintain the lie that crime wasn’t rising, which is why we’re now seeing radical progressive writers at LA Times, SF Chron saying, self-revealingly, that “Defund the Police” is bad PR.

Yes, it’s bad PR for progressives, but that’s a pretty gross and pathetic thing for columnists who, just a few months ago were thundering away about Black Lives, to take away from the loss of so many black lives to homicide
The moral center has returned to honest souls like @MistahFAB whose authenticity, sensitivity, and commitment to reality stands in sharp contrast to the progressive columnists who betray their true agenda by showing little concern for non-police homicides

Progressives can win back their credibility but they will need to

There’s much more to come, but change has begun. What happens next could make America a truly better place

The underlying problem, I concluded in “San Fransicko,” is the refusal of Americans at all levels of society, not just in government, to take responsibility

We need a new era of responsibility & accountability
/END

Next post: Christmas UnShopping List of Known Corporate C*********s for BLM’S Thugs, Grifters, and Gangsters [Pssst… Pass It On]

Previous post: Noted in Passing: File Under Things Beta Boys Do for Sex