On Scapegoats by Commenter Nutella 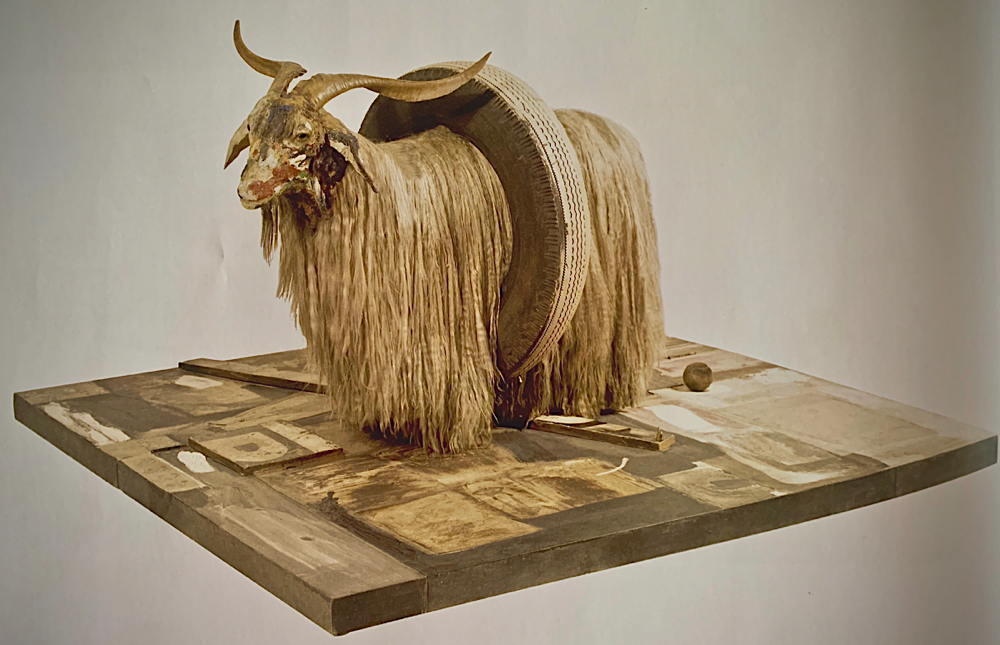 Humans can’t solve their societal problems without killing scapegoats. This goes back to the dawn of time. It’s our Coping Mechanism. After a bit of communal bloodletting, we all have a nice post-coital cigarette and return to Normal. Either you know your history and your basics of humans 101 and you get this or you don’t.

Scapegoats need to be discernible outsiders (for some definition of Outsider) upon whom all the psychological burdens of the community can be laid… and then you drive out and/or kill the scapegoat.

One problem I didn’t mention in the previous comment is that in an age of Mass Media and Mass Man this can be problematic: See the War Between the States. Or certain other unpleasantnesses more recent. The killing of scapegoats can get a trifle out of hand and go on for a bit too long.

In the Current Year, illegal and impossible to let off societal stress on the traditional Old Favourites (can’t type the word or Bad Things Will Happen) who can no longer be named.

In fact, if you open your eyes and look around you you’ll notice that WE (White Men) are the Designated Scapegoats of the Regime now. The problem with this is that you can’t scapegoat your productive fraction of society and expect things to work out well. Also, Regime Scapegoating of White Men is the subconscious of a tiny Alien ruling class festering away but it doesn’t gel properly with the very different hopes and fears of the still vast numbers of Legacy Americans (you.).

There’s also the fact that Ordinary Americans feel the terrible stresses building up in society and feel a compelling urge to strike out because doing so is what humans do. We’re coded for it. But the Old Outlets for doing so are now illegal and thanks to post-1945 brainwashing and shuffling/replacement of elites, Unthinkable. So all that’s left is to strike out wildly at Foreigners Over There: Russians, Chinese, Iranians, Muzzies in general. And your rulers will encourage this because if anyone should be getting the Scapegoat Public Square Immolation treatment it is your rulers.

It’s not rocket science. The West was built on grit, determination, Christianity, and an occasional pogrom to let off any excess steam. Ain’t none of those factors or options left in a serviceable state in 2022, so I put my money on Normie being easily whipped up into a foreign adventure. The problem is that the USA’s internal stresses are now too big for a small foreign adventure to suffice. It will need to be a Big Foreign Adventure. And the Big Foreigners have many deliverable nukes and don’t have Trannie Admirals. Problematic.

The parsimonious solution would be to hurry up and have your Civil War II and kill plenty of each other. Butcher’s bill will be big but likely smaller than if try to dodge it by taking on the Chinese or Russians (or maybe even Iranians).

Next post: Noted in Passing: Never a rose without a thorn.