On Infanticide In a Time of Demons 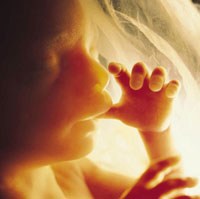 Every so often the news, which is built around a lot of numbers, delivers a number that makes your happy world come to a screeching halt. A recent number was: One in 30 aborted fetuses lives.

One in 30 foetuses aborted for medical reasons is born alive, a 10-year study at 20 UK hospitals has found. Most of these babies with disabilities were born between 20 and 24 weeks of pregnancy and all lived for no more than a few hours….. About 190,000 abortions take place annually in England and Wales. This is nearly a quarter of all pregnancies. Most abortions are carried out on “healthy” foetuses for social reasons. The study, however, looked at the outcomes of 3,189 abortions performed between 1995 and 2004 because the baby had a disability of some kind. It showed that 102 – or around one in 30 – were born alive.

“Medical reasons.” “With Disabilities.” “All lived for no more than a few hours.” “Most abortions carried out for ‘social reasons.‘” “102 were born alive.”

A story reporting a fact that, as usual with such stories, creates more questions than answers…

Disabled babies aborted for unstated medical reasons — babies that one assumes were, because of the ‘medical reasons’ less viable than healthy aborted babies. Still, in 102 cases, they were alive when aborted. Then they died after “no more than a few hours.” Did they die because attempts to save them failed or did they die because they were simply allowed to die — much in the same way that the original eugenicists, the Spartans, exposed unworthy or unwanted infants. Given the ability of medical science to keep very premature but wanted babies alive, one has to think it is most likely the latter.

A yet more disturbing thought is that, if one in 30 aborted babies with disabilities can live, how many — aborted at about the same time in a term, and without disabilities — are also aborted alive and simply left to die or put to death.

In the same article, Julia Millington of the pro-life group Alive and Kicking Campaign, says “It is difficult to comprehend the number of babies, throughout the country, left fighting for their lives.” Difficult is hardly the world for that thought.

Most of those were first trimester abortions, but many were not. Out of those “many” how many were aborted as viable humans and then allowed to die? We will never know, but you can be sure that it was a number much greater than 102. The US has a habit of outdoing the UK and why should the race to perfect infanticide leave us behind – “We’re number one!”

This is not to say the abortionists of England are “inhumane. Far from it: “If the baby is born alive, palliative care should be provided till the baby dies.”

I am especially nauseated by the bland politeness of the term “palliative care” which parses out as ” Relieving or soothing the symptoms of a disease or disorder without effecting a cure.” Could it be that the disease in this case is “life” ?

Ann Furedi, chief executive of the British Pregnancy Advisory Service, stressed that termination due to a diagnosis of a severe or life-threatening disability in the fetus was rare. “It would be wrong to imply from this retrospective study, that if women undergo a medical induction abortion at under 24 weeks’ gestation for reasons aside from foetal abnormality, that this is at all likely to result in a live birth. “Doctors working in abortion care have for some years now followed the Royal College of Obstetricians and Gynaecologist’s guidance, that the foetal heart is stopped before a medical induction abortion around 22 weeks’ gestation.”

Again the phrases that leap out are “Doctors working in abortion care…” and “the foetal heart is stopped before.” “Abortion CARE?” Is that a new medical specialty? As in, caring for living abortions until they die? The mind is pushed beyond its capacity for bogglement at this. Seldom have two words come together in a more perverse fashion, and yet Furedi just babbles it up with no awareness at all. What can one say of something that has dehumanized its practitioners so deeply?

Infanticide is, of course, an old virus that infects and kills the human soul. It was a hallmark of pre-Christian societies and it never really vanished. It was a widely practiced sport in the Nazi death camps and is certainly enjoying a popular and rabid revival in our time as well.

One hundred and two disabled babies were aborted alive in Britain. Then left to die. How many others that were not disabled? Not studied. Not known. Not ever to be known. Just aborted alive and trashed. No name. No record. Down the memory hole.

Long ago, when I was in my early teens, I recall reading the memoirs of a Jewish woman who was forced, in the camps, to take the bodies of the dead and sometimes still living babies born of Jewish mothers in those camps and toss them into the ovens. I have not read that book in over 40 years but one thing she said, after being rescued from that endless hell, has stuck with me since the moment I read it: “Of all those babies we destroyed, how many were Einsteins, how many were Mozarts?” How many? We will never know, but still — after all these years — I can’t get her question out of my head. 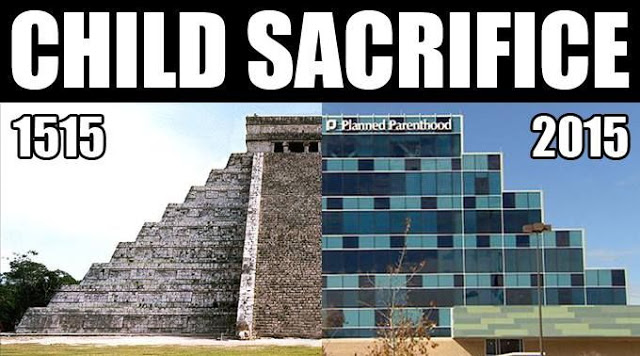 Previous post: “I used to be pro-choice. I bought all the stupid hype.” One of the Millions of Converts to Pro-Life