When I was a chitlin starting around 4 to 13 ish, we would go to the Roseville Auction. Went early every Sat. My Great Grandmother’s Chevy station wagon, Baby Blue. Got my first ever Ticket in it at 12. Was delivering my Paper route papers, when the local popo, drove by.

We were right in front of my great-grandmother’s driveway, I quickly drove down the driveway, parking in the garage, great-grandma shut the garage door. I lived across the field, behind the garage, I ran home. My great went in and watched channel 3 news.

The cop showed up at my house, demanding to see my driver’s license. I’m 12. Turns out he raced to the next street and turned around. Was confused when we were gone. He didn’t know great grandma lived right there.

I admit to nothing. Ken demands to confront great-grandma. Are you sure? Yes. I rode with the nice policeman to my great grandma’s house. I drag the cop, “Ken Easter”, into my great grandma’s TV room. She looks at him and turns back to watch Lawerence Welk or the news. 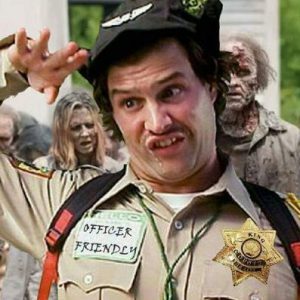 Don’t say a word. The cop starts to chastise my great-grandmother and threatens to write her a ticket for allowing a minor to drive. My great grandmother laughs, says “Son you best get to writing then.”

While he’s writing both me and my great-grandma, she makes a phone call. My great-grandma says “Hey, they want to talk to you.” Who? Your boss. After we hear him say Yes sir, yes sir, yes sir. He hangs up. Says, “You’re lucky today, I’ll catch the two of you soon enough.” Like we’re Bonney and Clyde!

My great-grandma laughs, and says “Ok, I’ll just call the judge and let him explain it to you next time.” Ken Easter storms out. Great-grandma says “He’s gonna get you.”

At that same time, I was a very enterprising young man. I would buy 100 pieces of Bazooka Bubblegum for 1.00, a penny apiece. I’d them market at 2 cents a gum at school. My great-grandma was my silent partner.

We split the dollar I earned. I’d sell about five dollars a week’s worth.

Great-grandma and I upped the game. I was now selling firecrackers and M80s, a fireworks dealer!

One day within weeks of the big caper, ol’ Ken Easter spots me walking down the railroad tracks. I hear his car kick the four-barrel in, as he’s racing toward me.

I stashed all my contraband in the weeds and kept walking. Ol’ officer Easter locks up the brakes and jumps out of his car. He holds up firecrackers and m80s, saying “I got you, I got you, I seized this from kid across town who said you sold these to him.”

He then tells me to empty my pockets, which I do. I have maybe thirty pieces of Bazooka Bubblegum. He’s pissed. Lil Tommy told me you had pockets full of firecrackers. Well, I did two minutes back. They were about 100 yards behind me, in the tall weeds.

And my great-grandma comes driving up. Grandma wore a straw baseball cap back then. She has fire in her eyes. “Just what in the hell are you doing to my grandson?”

“He’s selling contraband fireworks.” Ooooo really. So you searched him, and what did you find? Officer Easter says “Nothing.”

Officer Easter gets in his Mopar, and goes away. My great grandmother tells me “He’s gonna get you. Go pick your things up, and walk home thru the fields. I’m going to Chuck’s house.” Chuck’s the chief. 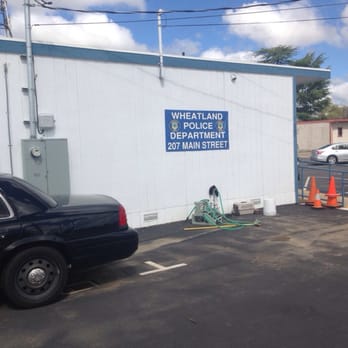 Fast forward. It’s 1986, and I’ve just graduated from the Police academy. Ken Easter’s still active. I get hired by a small town “Wheatland California”. Literally a two-cop town. So I had my first badge.

I drove to Auburn Ca, to the Placer County Sheriffs’ office, I buzz the front desk with my badge, asking to speak with now Deputy Easter. Lo and behold, he’s in. Please come with me. I do. I can’t get the shit-eating grin off of my face.

We enter Deputy actually Sgt Easter’s officer, the desk gal said Officer WILLIAMS is here to see you. Ol Ken looked up, I thought he was going to have a heart attack. YOU’RE Officer WILLIAMS?

He’s clearly pissed off, my hiring has tainted everything lawful!

Well SGT actually I am. The truth is, I’d come to make peace, but I could not shake my shit-eating grin. 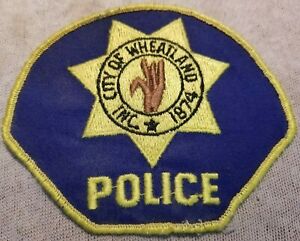 Well, Ken, it is. I just stopped by to say hello and looks like we’re going to be working together.

I just want you to know if I discover a 12 yr old selling fireworks, I’m gonna get out and thank him. Ya see that 12 yr old could be selling weed or LSD, yet he’s selling fireworks. Yup, made 10 cents per sale of ten firecrackers, and twenty cents on five m80s. Flipping gum at one penny profit a sale. Quite the dealer!

We actually became friends, over the next few years. Ken was killed in a head-on while running Code 3, lights, and siren back in 1994. I attended his funeral. From time to time visited his gravesite.

Sgt Easter actually taught me much. You see once a young police officer recognizes what it is he doesn’t want to become, it makes it easier to focus on the good going on in the world.

Ken taught me that I didn’t want to be him, or ever police as he did.

Our kids are our future, they are our treasure. A phrase Teachers used was “ Teachable Moment”. That Teachable Moment was also used often in my early years. I used it daily for 27 years.

The ability to model, to teach our kids a better way, is a gift from god.

We should all use the phrase “Teachable Moment” daily in our lives. And look for them. They’re all around us.

Next post: Noted In Passing: Chickens coming home to roost. This time for real.