Off Grid by Ol’ Remus in 2018; “Uniforms issued at birth will almost certainly become the ruling default.” 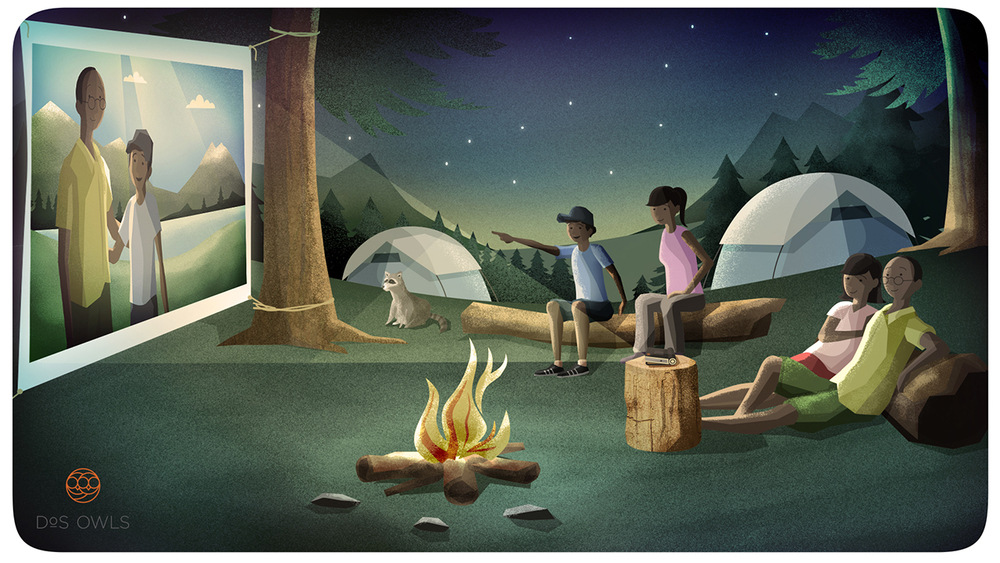 This week the Sage of the Woodpile, Ol’ Remus, has a few choice words on the way of the wilderness:

“People from deep metropolitan America see woodlands in a peculiar way. Other than a day trip to some attraction, or a weekend at a cabin on the lake, their experience is commonly at a managed reserve such as a state park or other public accommodation where involvement with the Great Outdoors is bounded and wholly optional.

“They’ll typically stay in earnestly rustic cabins fitted out with utilities and amenities not materially different from an efficiency apartment, presented in an improbable mix of decors suggesting a mining camp of the old west imagined by a designer of Swiss chalets, or if severely downscale, something resembling the shotgun houses of Louisiana’s unfashionable wards.

“When hiking the over-designated “wilderness trails” they’ll caution each other in grave tones against getting separated and lost as if an unspeakable fate awaits just off-trail. This, where a minor walk in any direction except up would get them to discount gas, snacks, lottery tickets, and a cartoony map commending vendors of crafts and local honey.

“Tersely worded signs along scenic routes and jogging trails feature low-level bullying concerning the disposition of trash offset with the promise of personal redemption by recycling, or the care to be exercised when building a fire in the meteor-proof facilities provided, all of which reassures them their welfare, perhaps nature itself, is being actively managed by competent and watchful professionals.

“This is the woodlands on terms they’ll accept, those of a valued guest in a picturesque but alien land. Park managers well know what underlies their expectations of convenience and reassurance. Fear. Places like the Ozarks or Alleghenies are their equivalent of East Saint Louis or Baltimore, menacing by day, potentially lethal by night. It’s why they gather ’round in the evening and build Dresden-like campfires and laugh a lot.

“It’s not possible to overstate the disorienting effect night has on them in the woods. Perhaps it’s the first occasion their eyes have had reason to become dark-adjusted, conceivably an unsettling experience. The resolutely unadventurous pack a flashlight of such power there’s a felt recoil when switched on, in case they’ll need to attract a rescue helicopter from afar or signal a distant township, I assume.

“But it’s not just the dark they fear. It took me a long while to understand why they talk so much. It’s the quiet. Thinking back, the nighttime stillness is often remarked upon by visitors, admiringly, but tentatively so. Their aimless chatter is as if the Great Outdoors had whispered “your move” and they’re struggling to excuse themselves gracefully. It’s understandable, they live a life of obligatory blather, it’s their go-to survival skill.

“On the other side, we have the people who live in the hills, often for generations past. They know the woods as a familiar part of their neighborhood. Night holds no fear for them, they rambled and camped at night even as youngsters. They find the urban pilgrim’s anxiety puzzling. In a catastrophic collapse, the street mavens who “head for the hills” with the intent of armed aggression will be surprised by their own incompetence and fears.

“Moving quietly and efficiently through rugged, heavily wooded country is a skill learned over time. There are no prodigies. Even in daytime, lack of woodcraft or foul weather will see the urban intruder make blunder after blunder until he’s totally ineffective, perhaps incapacitated, almost certainly lost. Discreet night travel at a useful pace is at another level yet, mastered only with practice and an irrational fondness for the idea.

“Some city-dwellers work in occupations providing a basic woodland experience: surveyors, wildlife biologists, gas and oil field workers, and so forth, but they’re not likely to be dangerous. They’re more likely to have a provisioned bugout location of their own than rely on marauding, or if not, be an asset to an existing survival community.

“Street mobs from the inner city could be a significant threat to “flatland” rural areas near the cities for as long as there are working vehicles and passable roads—the infrastructure is held together with patches and promises as it is—and enough fuel for the return trip. Should they venture into the hills, narrow roads winding through steep woodlands present more places suitable for ambush than not.

“However, it’s their long history of creating enemies with ultimatums and violence, their lack of cohesion and disinclination to plan a step ahead that will work decisively against them. To their cost, the word “minority” has a specific meaning older than the rhetoric that’s grown up around it. It’s unlikely they’ll keep their legions of peripheral supporters when gunfire replaces theatre. Uniforms issued at birth will almost certainly become the ruling default.

“More dangerous to hill country are immigrant gangs from Mexico and points south, consisting mainly of untrained thrill-killers but mixed with some experienced enforcers of narco territories, smugglers, veterans of jungle-based cocaine operations and freelance criminals from the interior. Here again, their Einsatzgruppen-like violence will work against them, look for repayment in kind, indiscriminate and without hesitation.

“The future takes no notice of our expectations. Gangs in post-apocalyptic America may amount to no more than the highwaymen and horse thieves of our past. And it may prove that “an armed society is a polite society”. Don’t bet your life on it. Consider the truth in the classic caution, “if you’re not preparing for the worst, what are you preparing for?”

[From the Woodpile Report of January 2108]