[Excerpt from Return of Kings. Extended commentary by ghostsniper] 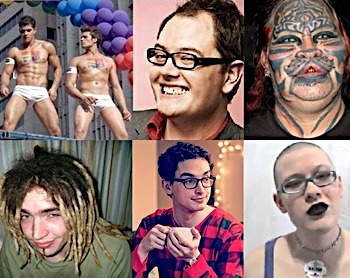 “Degenerates need proper guidance and to be kept on a short leash. Like everybody, they’re responsible for their actions and have moral agency to choose between right and wrong. Bad outcomes aren’t inevitable; normal social standards usually restrain deviant tendencies. However, if unbridled degenerates become cultural trendsetters, then degeneracy becomes fashionable. If they become politicians or society’s upper crust, then they start writing the rules to suit themselves. These things accelerate societal decay.

“Lombroso speculated that mattoids are throwbacks with primitive characteristics.

“Lombroso’s term “mattoid” basically means half-crazy, describing characters who look like trouble and are prone to criminality. Nordau focused more on misfits and degenerate intellectuals. (Indeed, antisocial behavior is the real problem.) Consider it a category beyond eccentricity.

“Today, most leftists actually started out as decent, normal people. Then toxic influences turned them freakish and made them hate their own society. Most opinion-forming institutions (particularly the media and the educational system) were converged long ago. They aggressively indoctrinate the public, and their increasing degree of degeneracy is infecting society with these mind-viruses. Thatâs why freaks shouldnât be allowed in positions of authority and influence.” Are Leftist Radicals Literally Mutants And Mattoid Freaks? 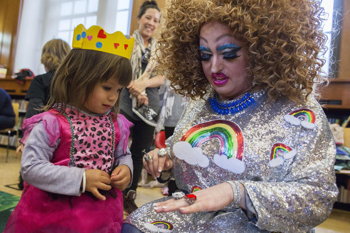 Where’s everybody getting all these IQ scores from? As far as I know I’ve never had an IQ test. My army GT score was 120. If you had an IQ test and the number turned out low would that make you feel like MORE of a dumb ass?

On a day to day basis the thing that I have noticed with my own occular glands is gross amounts of people stumbling around not giving a dam about the other people around them. It’s almost mesmerizing to see, if not downright aggravating. I don’t think this has anything to do with intelligence. But rather arrogance, laziness, and don’t-give-a-shitness.

I call them retards.

You see it when you’re driving. You know who they are. Yapping on the phone. Texting. Eating. Being a pain in the ass to other drivers.

You see it in the grocery store. Every time you go. Blocking the aisle with their cart. Yapping with their friends. Yapping on the phone. Being a pain in the ass to the other customers.

Retards. Arrogant, lazy assed retards. You just wanna clip em from behind, and when they hit the floor land on their trachea with your elbow, full force.

One or two is bearable but if you have to spend any serious time in society, say a couple hours or so, the backwards drag is overwhelming. It actually wears me out. After a few hours in that shit, when I get back to home-sweet-home I have to fire up a stout mud and go sit on the porch for a spell and recharge. Serious. That shit wears me out. BAD!

Weekends, Monday’s, and Friday’s are the worst days for trying to avoid these retards. If you venture out of the lair on those days you’re a retard too cause you already know what lays in wait. Tuesday, Wednesday, and Thursday are the days the retards generally stay out of the way, and the non-retards can actually get societal stuff done. Not always, but most of the time.

I believe the arrogance comes from lack of difficult times. When people struggle, I mean REALLY struggle on a day to day basis they tend to appreciate life, and others, more. People are kinder and more thoughtful toward others. When people are struggling they as a group are also innately aware that fuses can burn down instantly and differences of opinion can be settled right then and there. Life is lively when you have to fight for it.

If your life is easy, almost given to you on a silver platter, mental sloth clambers in and takes over. You drag your feets, don’t give a shit about anyone else, allow little nothings to irritate you, and other people’s business suddenly becomes your business. You feel entitled. You become a trite little asswipe that needs to be slammed back into submission. 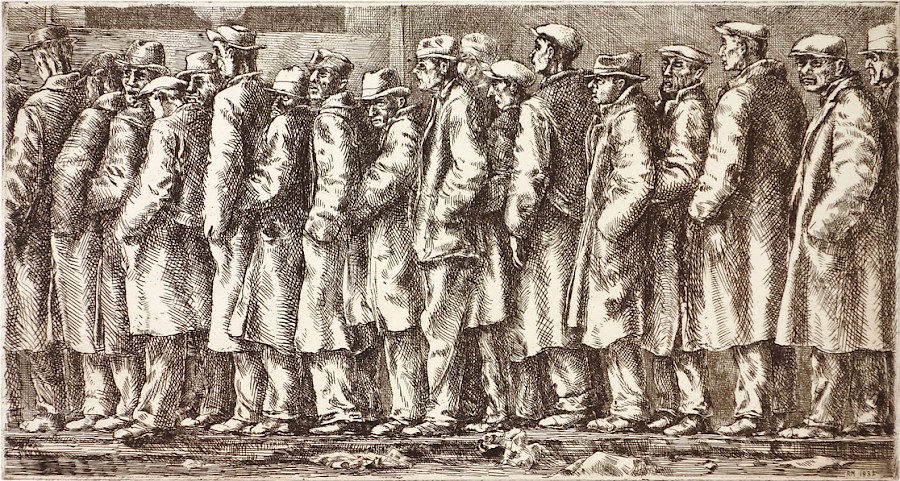 Those pictures of the 30’s and the long breadlines where everybody just wanted a couple calories – the only nutrition they had for 3 days. You didn’t see fistfights or people getting all up in each others grills. Nobody did anything that might make it take longer to get that piece of bread. Difficulty made people get along. If an asshole did get out of line the hammers were pulled out and the problem got solved immediately. Then back to the business of waiting on that solitary slice of bread.

That was how low hanging fruits got culled back in the old days before microwaves and cellphones made everyone lazy and arrogant. Their own words and actions were their sentences, which were levied right on the spot. Of course the size, scope, and ire of gov’t was much smaller then so average people were not coerced into not solving problems. Men were expected to be men and do what needed done. Now, men are expected to be women in mind, action, and spirit, so they just stand there and take it. And they take a lot now. Worse, they expect to take a lot. They know their hands are tied. To do otherwise in this world now, covered in wall to wall gov’t, to stand up and be a man means you risk arrest, caging, and gang anal rape. That risk will cause most regular men to stand down. And avoid the problem in the first place.

One day the world will be populated by what appears to be one gender. Uni-gender. Appearance and clothing will be uni, so will job functions and leisure activities, I mean, everyone’s equal, right? The only diff will be below the frost line, where some people have front holes, or frun’ls, and some will have pipes. And at the end of the day everyone will go back to their human storage facility and plug-in and tune out.

Comment from One in Ten: Jordan Peterson | The Most Terrifying IQ Statistic – American Digest