“Now we are engaged in a great civil war, testing whether that nation, or any nation, so conceived and so dedicated, can long endure….” 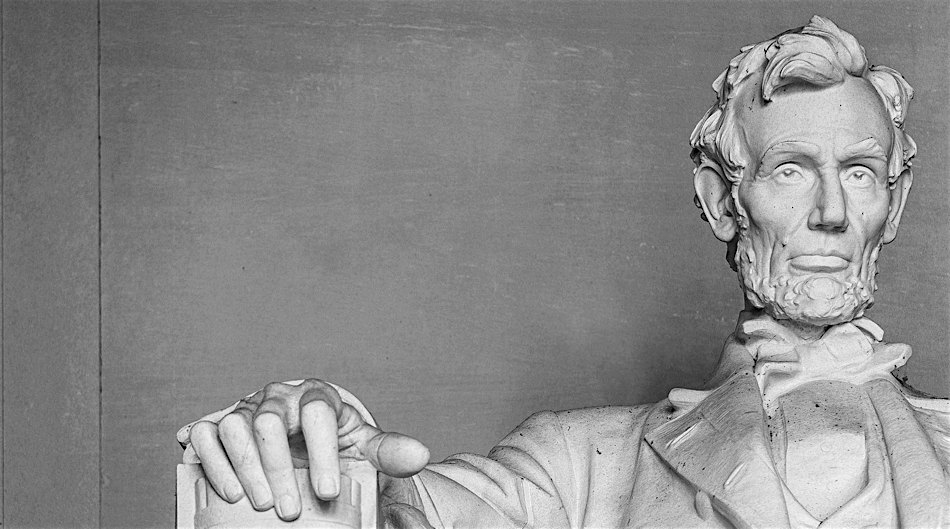 To be born an American, or to become an American, you need only know and understand four things that we have written down. Our founding document, The Declaration of Independence. Our agreement with ourselves and our government that specifies and protects the self-evident truths and freedoms of the Declaration, The Constitution. Our national motto:  “In God we trust.” And our credo, “The Gettysburg Address.”

A credo is a short and straightforward statement of beliefs or principles. A credo has no fixed length but lies somewhere between a motto and a manifesto. The most widely known traditional credo would be “The Apostles Creed.”

Although it is not often thought of as such, Lincoln’s brief oration at Gettysburg at noon on that long ago November day is, in all its elements, our national credo. Although shaped as prose fit to be cut, as it has been, into stone, The Gettysburg Address is also a lyrical poem as polished as a crystal prism. Through it, all that we had been up until that day midway through our most terrible conflict passed and was transformed into the multifaceted nation we have become today. And it is still not finished with us, nor we with it.

The Address shows us first how we came into existence as “the last best hope of Earth.” It echoes the opening refrain of the Declaration’s notes of liberty and equality. It reminds us of our original goals of “life, liberty, and the pursuit of happiness;” goals to which our founding fathers pledged their “lives, fortunes, and sacred honor.” It implies that all generations of Americans must, if the nation is to endure, pledge the same.

Four score and seven years ago our fathers brought forth on this continent a new nation, conceived in liberty, and dedicated to the proposition that all men are created equal.

The poem then brings the credo into the present. Not just the present moment of November 19, 1863, but all the present moments that came after right up to this very day in November in 2013. Then the argument between Americans had become so pitched that civil war between the contending factions had torn the nation asunder. We have come close to similar passes since then several times, but have — remembering “the better angels of our nature” — always turned aside and found a way to move forward together as a great nation of a greater people. Now may be another such moment; another such turning. Lincoln could not know our moment, but in his credo he indicates his belief that the test of his moment will be passed and that the nation will long endure. He also knows the cost of that test for those who “gave their lives that that nation might live.”

Now we are engaged in a great civil war, testing whether that nation, or any nation, so conceived and so dedicated, can long endure. We are met on a great battle-field of that war. We have come to dedicate a portion of that field, as a final resting place for those who here gave their lives that that nation might live. It is altogether fitting and proper that we should do this.

From that moment in that long ago November, Lincoln’s credo casts a cold eye on the ultimate costs of liberty whenever men determine that liberty, for themselves and their posterity, is worth whatever sacrifice is asked of them. Out of that vision he tells us what the duty of all future generations of Americans must be.

In the closing of the Address, Lincoln is at once a President, a poet, a seer, and an American. As such, he closes the credo to which all future Americans must cleave. The credo requires us to be constantly renewing the work of liberty. The credo tells us that we — if we are to bear true faith and allegiance to all those who have built, stone by stone, poem by poem, word by word, and life by life, the city on the hill that is America — must always be dedicated to the unfinished work that is always before us. The credo requires that we “highly resolve” to leave our nation in a greater state of liberty than we found it. And to leave our Union entire and intact as “the last best hope of Earth.”

The most successful revolution in history was not the Russian Revolution or the Chinese Revolution. It was the American Revolution. It began more than two centuries ago and it continues to this day. It is not over yet. This is its credo:

But, in a larger sense, we can not dedicate, we can not consecrate, we can not hallow this ground. The brave men, living and dead, who struggled here, have consecrated it, far above our poor power to add or detract. The world will little note, nor long remember what we say here, but it can never forget what they did here. It is for us the living, rather, to be dedicated here to the unfinished work which they who fought here have thus far so nobly advanced. It is rather for us to be here dedicated to the great task remaining before us—that from these honored dead we take increased devotion to that cause for which they gave the last full measure of devotion—that we here highly resolve that these dead shall not have died in vain—that this nation, under God, shall have a new birth of freedom—and that government of the people, by the people, for the people, shall not perish from the earth.