Notes on Love and Death 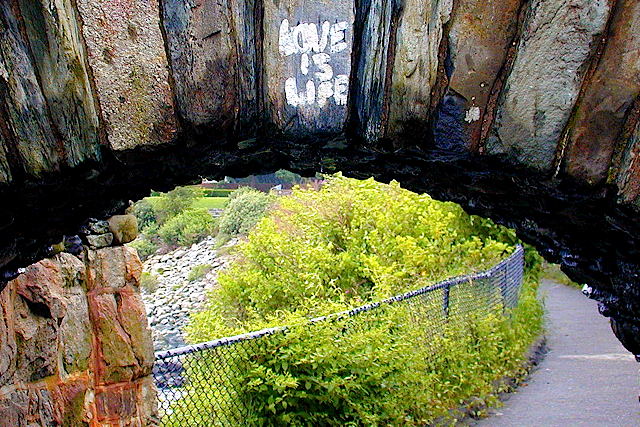 “What is it about? Like all Greek songs, about Love and Death.” — Melina Mercouri, Phaedra

“The Politics of life are easy. It’s the Poetics that are tough.”

I’m still working out what I meant when I wrote that. It’ll take me life plus 99 years.

I’ve done a dance or two with death over the years. I’ve found that he’s not very graceful and he always wants to lead.

Once, during a long-lost summer, I was the night driver for a hearse at a mortuary. In the wee small hours of the morning, I’d drive the on-duty mortician to pick up a man or a woman’s or a child’s body from wherever it had become just a body. In the hot California delta night I’d drive the mortician, both of us in Blues Brothers suits, to a hospital basement, a home bedroom, a city morgue, or, one time, to a shabby skid row hotel where the leaking wicker basket holding the suicide had to be held vertically in the creaking ancient elevator for all eight slow floors.

I’ve been alone in the waiting room with my mother when the surgeon, still drying his hands on a towel, walked through the door and said, “I’m sorry, Mrs. Van der Leun, but we just couldn’t stop the bleeding.”

I’ve stood in a room high above Central Park West where the only sound was a death rattle in an old man’s throat, and told the doctor on the telephone that there was really no reason to send the emergency resuscitation crew for the twelfth time in half as many months. I sat quietly holding the old man’s hand for around thirty minutes until his breathing stopped. Then I left that room, told my in-laws he was dead, and watched them mask their expressions of relief.

I’ve found my name carved into the stone monument at Battery Park that lists those that died at sea during the Second World War. I’ve found the names of two men I went to high school with carved on the Vietnam wall in Washington.

If I’d managed to keep one address book for my contemporaries since graduating from high school, it would, as they say, be beginning to fill up with dead people and that rate would increase.

I’ve stood on the Promenade on Brooklyn Heights and seen two towers fall and reduce thousands of people to ash and dust in what seemed like less time than it has taken you to read to this period.

I have sometimes, I confess, “been half in love with easeful death,” but no one living escapes that siren call. The trick there is to lash yourself to the mast of the day, pray, and somehow, through the grace of God, just sail on by.

By now, like many others of my age, I’ve seen death personally and professionally, retail and wholesale. There really is, when you move with it, nothing to love about the dance of death. The only response is, as Prufrock knew, to see “the eternal Footman hold my coat and snicker, and in short, I was afraid.”

So I know something — not a lot, but something — about that old Greek theme of death and it scares me about as much as it should scare, I imagine, any man. And, having now briefly been dead, the fear is perhaps less shrill but more persistent; a tempo of a fading drum heard far off, cast back over the horizon but still approaching.

What I know increasingly little about, and what really frightens me, is the other theme of the Greek songs, love. These days it seems that it will take more than a lifetime to figure love out.

Love frightens me because, unlike death, love cannot be understood. Love can only be given, gotten, taken or dropped. Like death, it would seem that, once discovered, there’s no end to it — or, to take Hemingway’s point of view, no good end to it since one way or another death will trump love — in this world at least.

Love is where the Poetics of life collide with the Politics. It’s a collision where the possibility having to call in the MedEvac helicopter and the coroner is always present; where wreckage is assured and survival never promised. Falling in love is, as a comedian noted, like buying a puppy. You are purchasing a tragedy.

No, that’s not quite right. Say rather you are purchasing a hybrid; a tragicomedy or a comic tragedy, since love always has, for those of us removed from its immediate drama, elements of the ridiculous, slices of the sublime, and not a few moments of boffo laughter at the shambling human animal.

Still, it would be nice if I could understand the nature of love and my absurd role in the love dramas of my life. If the joke, in the end, is on me it would be nice to be able to say that I “get it.”

Nice but not, I think, necessary. Even if I never get it, I do know one thing for certain about love, “I wouldn’t have missed it for the world.”

First published 2009– added to and altered since.

Previous post: “With all its sham, drudgery and broken dreams,