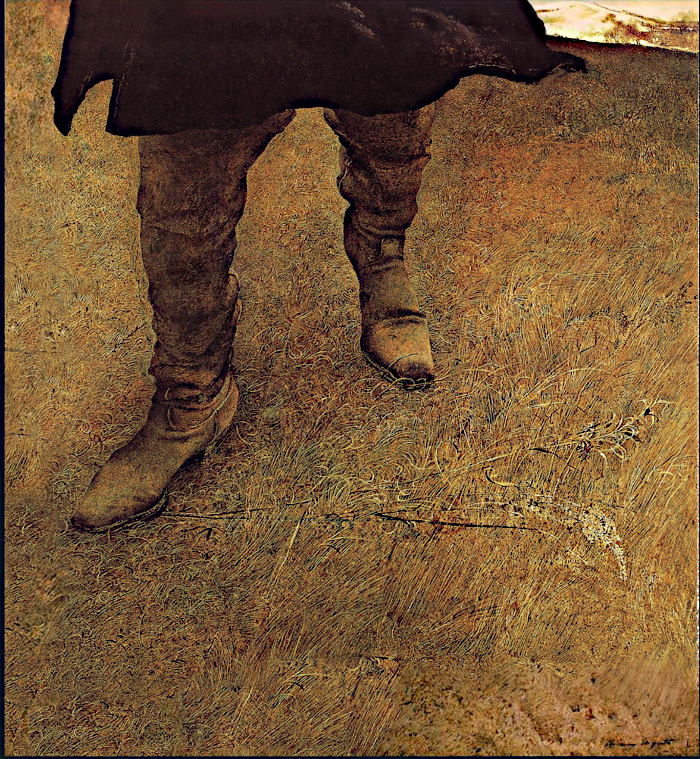 “Andrew Wyeth painted this picture shortly after the muscles in his shoulder had been severed.  He couldn’t even hold a brush without supporting his hand using a sling suspended from the ceiling.

“Wyeth suffered from bronchiectasis, a frequently fatal disease, and had most of a lung removed in a major operation in which he nearly died. During the operation, doctors severed his shoulder muscles and it was questionable whether he would ever paint again. While recuperating from his operation, Wyeth struggled to paint this picture. Every blade of grass must have been painted in pain… 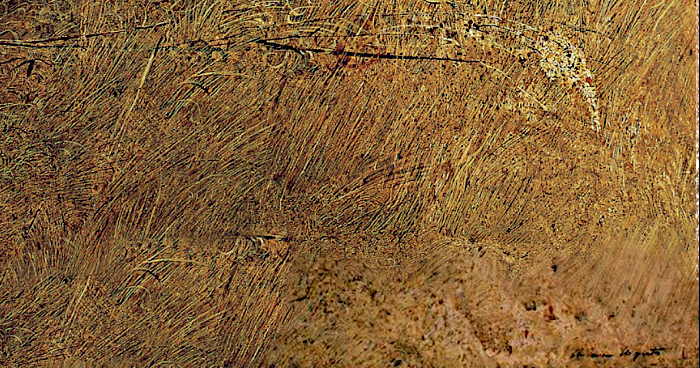 “I’ve thought about this in recent years as I’ve read about disputes at some of today’s prominent art schools for illustrators. I’ve read complaints on social media from students who say that their instructors don’t make them feel “validated” and aren’t sufficiently “encouraging.” I’ve read web platforms that have been set aside as “safe spaces” where art students can complain about their schools or instructors without the school or instructor being permitted to respond or dispute the story. I’ve read complaints that instructors have given poor grades without due consideration to how students have been traumatized by the recent political environment.” — ILLUSTRATION ART: UNCONQUERABLE SOULS

Previous post: “Today, all we care about is frame stiffeners…” [Updated with another vid in the comments thanks to jim]