Noted in Passing: The You-Sees

You see, Morgan’s “Blog That Nobody Reads” needs to read by everybody.

They start, or wade into, these exchanges with scripts in their heads they want to see played out to the letter, and when they get back something that’s outside the guardrails they start you-see-ing. They waste their time and everybody else’s time with pablum. “You see, if you wear a mask it slows the spread, and we’re all in this together.” “You see, scientific theories are seldom if ever proven, but they’re still scientific.” “See, black people can’t be racist because they lack the power to do racist things.” “You see, even men should support feminism because feminism is really all about equality between the sexes.” “You see, by using these slightly heavier bags and charging the ten cents, the 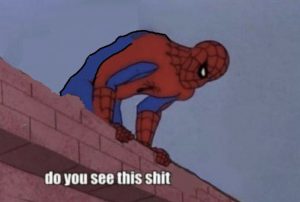 stores encourage recycling which will help save the planet.” “You see, in times like these, with things the way they are, we all have to conserve water, and a golden brown (dead) lawn looks classy in a way.” “You see, when you plug in your car to charge it, you don’t need to use gas.” “You see, by wearing these masks, we show each other that we care about each other.” “You see, a noose causes a special kind of hurt in black people that white people can’t understand. It’s like a fairy tale, magical kind of hurt.”…

— RTWT AT House of Eratosthenes

Next post: Noted in Passing: God Made Serial Killers, Too