Noted in Passing: The Russians were behind the biggest movie ever made 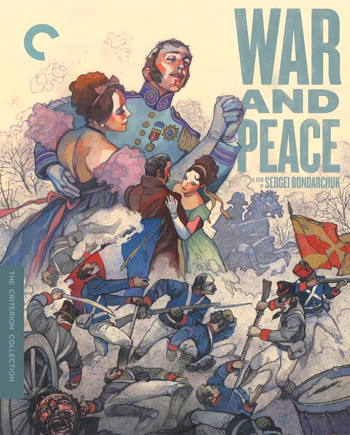 This is an updated version of the old video, in 16:9 instead of 4:3. It is a montage of clips from the most expensive film ever made (in today’s dollars the budget would be over $700 million). The movie is Sergei Bondarchuk’s War & Peace, made in Russia in the mid-60’s, and these scenes are from the Battle of Borodino, an hour long battle sequence. These were the days before CG animation, there are no special effects creating these huge armies, it is all REAL. 120,000 soldiers in period costumes, thousands of horses, etc. No film will ever come close to this in terms of spectacle, without being, essentially, a work of animation (like The Return of the King).

This video absolutely DOES NOT represent the full effect of the film. Only a big screen can do War and Peace justice. There are a ton of details in the background that can’t even be made out on YouTube, and the detail of the final shot in the video (possibly the most epic shot in film history) is completely lost on YouTube.

The full movie, over 7 hours in four sections, is currently viewable on The Criterion Collection and HBO MAX.

Next post: O the country’s in the very best of hands

Previous post: The Dawning of the Age of “Brave New World Forever 1984”