Noted In Passing: The Double-Decker Homeless Squat of Seattle 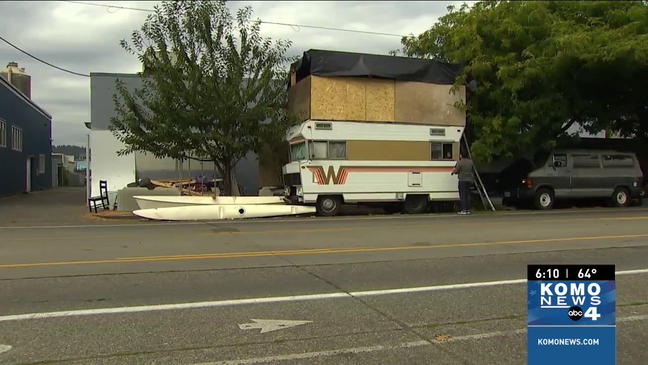 SEATTLE — Seattle is currently experiencing a building boom with new high-rises going up throughout the city but a parked RV in Seattle’s Ballard neighborhood that has added a makeshift second story has shocked people like Alex Hardy who live or work in the area.

“Over the weekend they put up walls,” said Hardy, referencing the vehicle on 8th Avenue NW that has . “It’s insane.”

Hardy works at Camco Electric, which is parked across the street from the RV which has added a top floor on its roof. The vehicle is parked behind Reuben’s Brew and Fremont Brewing Company in a high traffic area that is surrounded by several residential streets.

Said Hardy: “So pretty much the homeless have taken over both sides of the street”

The Seattle Department of Transportation is responsible for ticketing and towing RV’s, but spokesperson Ethan Bergerson says, “To my knowledge, I have never seen anything like this.”

It appears that there is no playbook or ordinance to stop structures from being built on top of motor homes parked on Seattle’s public streets.

But there are probably plenty of ordinances to stop homeowners from just burning this guy out. 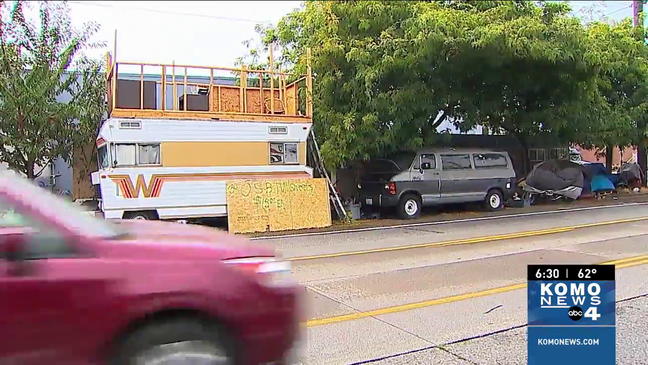