Noted in Passing: Not chips off the old block any more 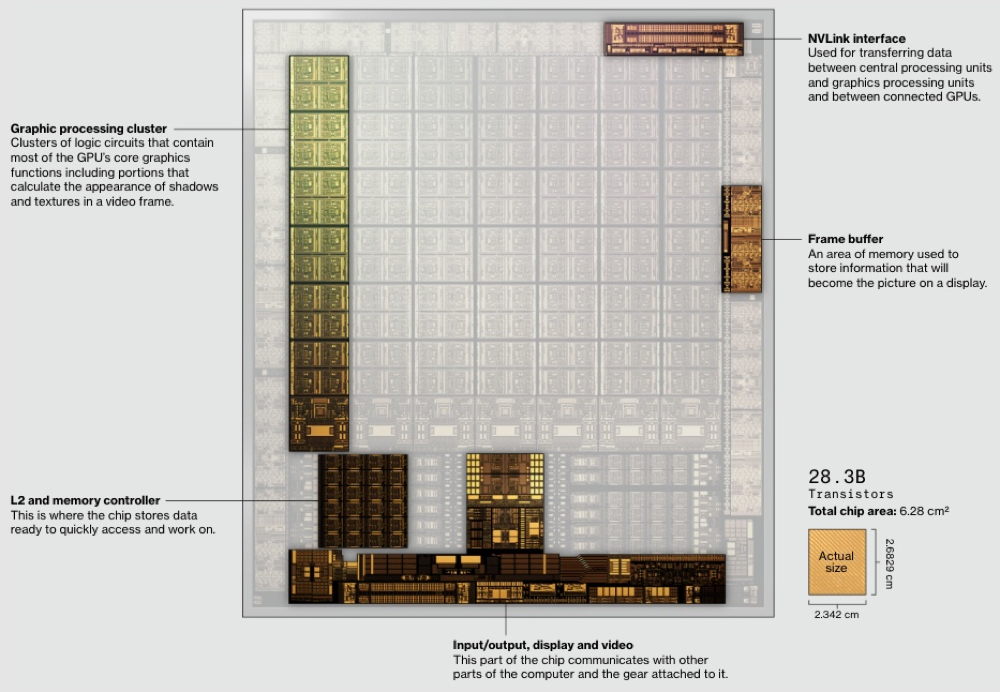 Chip Shortage 2021: Semiconductors Are Hard to Make and That’s Part of the Problem

Chip companies try to pack more transistors into chips, enhancing performance and making devices more power efficient. Intel’s first microprocessor—the 4004—was released in 1971 and contained only 2,300 transistors with a node size of 10 microns, or 10 millionths of a meter. But Intel’s undisputed leadership of the following decades ended between 2015 and 2020 when rivals Taiwan Semiconductor Manufacturing Co. and Samsung Electronics Co. started building chips with better transistors: ones with dimensions down to 5 nanometers, or 5 billionths of a meter (for comparison, an average human hair is 100,000 nanometers wide.)

Chips consist of as many as 100 layers of materials. These are deposited, then partially removed, to form complex three-dimensional structures that connect all the tiny transistors. Some of these layers are just one atom thin. Machines made by Applied Materials Inc., Lam Research Corp. and Tokyo Electron Ltd. juggle a host of variables, such as temperature, pressure, and electrical and magnetic fields, to make this happen.

One of the most difficult parts of the process is lithography, which is handled by machines made by ASML Holding NV. The company’s gear uses light to burn patterns into materials deposited on the silicon. These patterns eventually become transistors. This is all happening at such a small scale, the current way to make it work is to use extreme ultraviolet light, which usually only occurs naturally in space. To recreate this in a controlled environment, ASML machines zap molten droplets of tin with a laser pulse. As the metal vaporizes, it emits the required EUV light. But even that is not enough. Mirrors are needed to focus the light into a thinner wavelength.