Noted in Passing: Life in the Airline Terminal 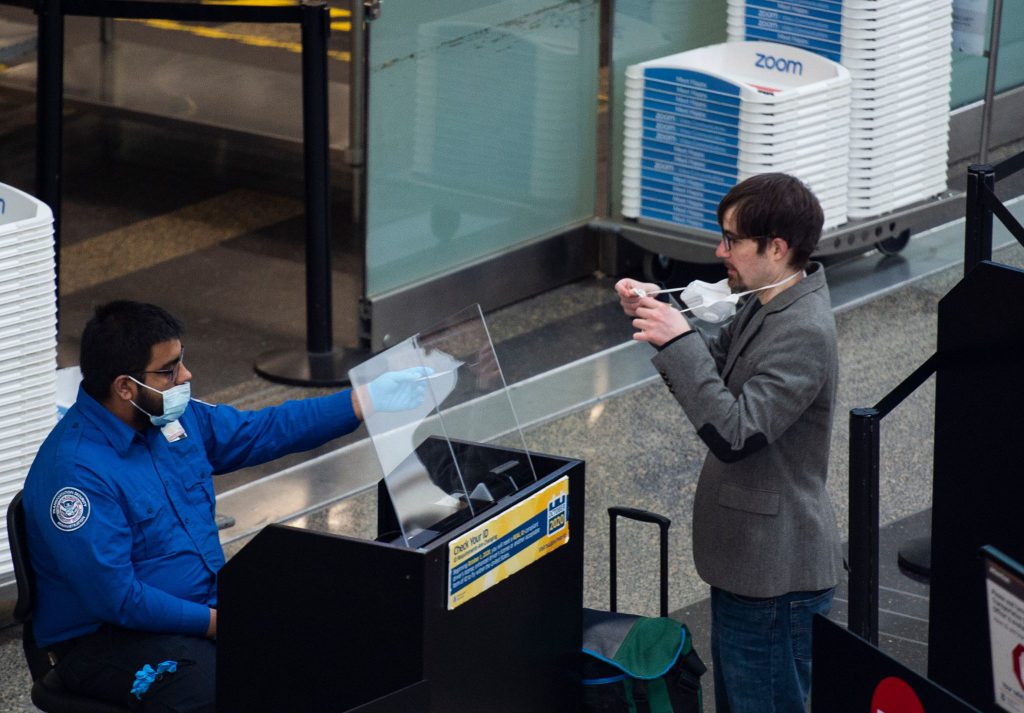 Here is what happens now when you board a plane. You have to put on your COVID-19 mask as you approach the first security checkpoint, where you will be asked to take off your mask to verify your identity. Then you put on your mask but take off your belt and shoes, preparing to irradiate your body and your possessions in x-ray scanners. If anything seems amiss you will be apologetically groped by some poor functionary. Both of you will be too embarrassed by the indecency of it all to look one another in the eye, and the agent will be so eager to get the whole thing over with that if you really were hiding anything, he certainly wouldn’t find it.

Maybe you buy a ten-dollar cardboard sandwich to eat on the plane, where you will be accosted if you do not put your mask back on between bites. Mercifully at long last you will land. Then the flight attendants will remind you to exit the plane slowly, leaving spaces between rows. This is because you need to maintain six feet of distance from the people with whom, for the past few hours, you have sustained a level and duration of physical proximity you otherwise reserve for your spouse. Safety first, you see.

The cumulative effect of this elaborate kabuki show is humiliation. It is shameful and emasculating to lurch through a series of stylized gestures that obviously make no sense. Everyone involved can see there is no coherent logic behind the several procedures which now govern airline travel. When tested, they do not appear particularly effective. Many of them obviously contradict and frustrate one another. Being forced to do irrational things, like being forced to say things you don’t believe, is a form of insult.

These nonsensical parlor tricks, dreamed up by inept politicians to assuage their own creeping sense of inadequacy, induce a superstitious kind of comfort in irrational neurotics and a crushing sense of demoralization in normal people. For decades our leaders have been too cowardly or sly to say what they were really after, too out-of-touch to see or care how their ineptitude would affect us, and too distant from the consequences of their actions to feel any accountability to real, demonstrable results.

Since the federal government has exclusive sovereignty over U.S. airspace, I think of plane travel as a little portrait in miniature of the life our ruling class wants for all Americans. Whenever they take control of a place or an institution, the people in it come to look like the people in an airline terminal: exhausted, downhearted, groping in dejection for whatever overpriced comfort they can find to soothe their wounded souls. Our American oligarchs want us spiritually gelded, shuffling complacently through small daily rituals of servitude.

It doesn’t really matter in the end if they think they want this for good reasons. They want it all the same because they believe in control and efficiency but not in God. At a philosophical level, they are opposed to us, to the American idea, and the tradition of self-government. What they are owed may be expressed in its totality by three little words: do not comply.

Next post: Out in the Real World Some People Have Real Problems aka The Hand of God