Noted In Passing: Full Mobilization of the Reserve at “First Light” 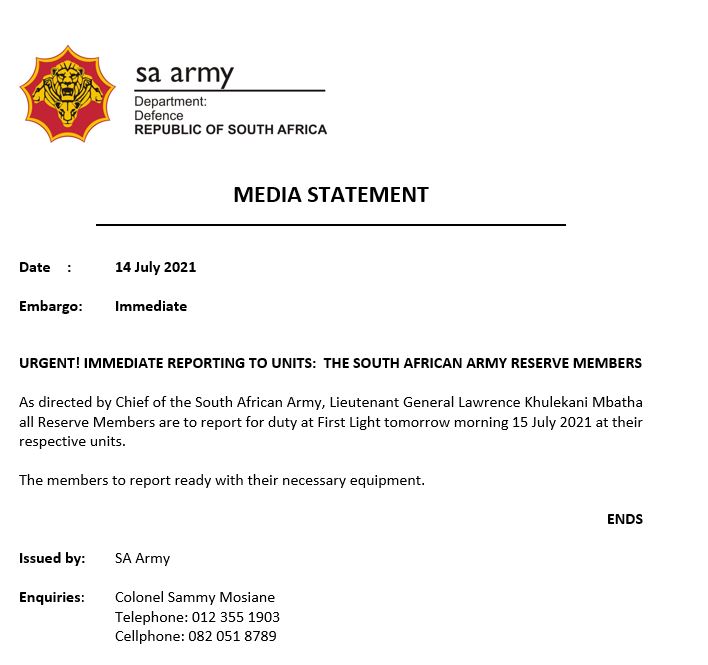 With their “necessary equipment” including, I suppose, ammunition since there are wide reports of the police having run out. It would be nice if South Africa could avoid a full-scale civil war devolving into a race war. We’ll see.

Next post: Noted in Passing: Communist China Thinks the Japanese Have Not Been Nuked Enough