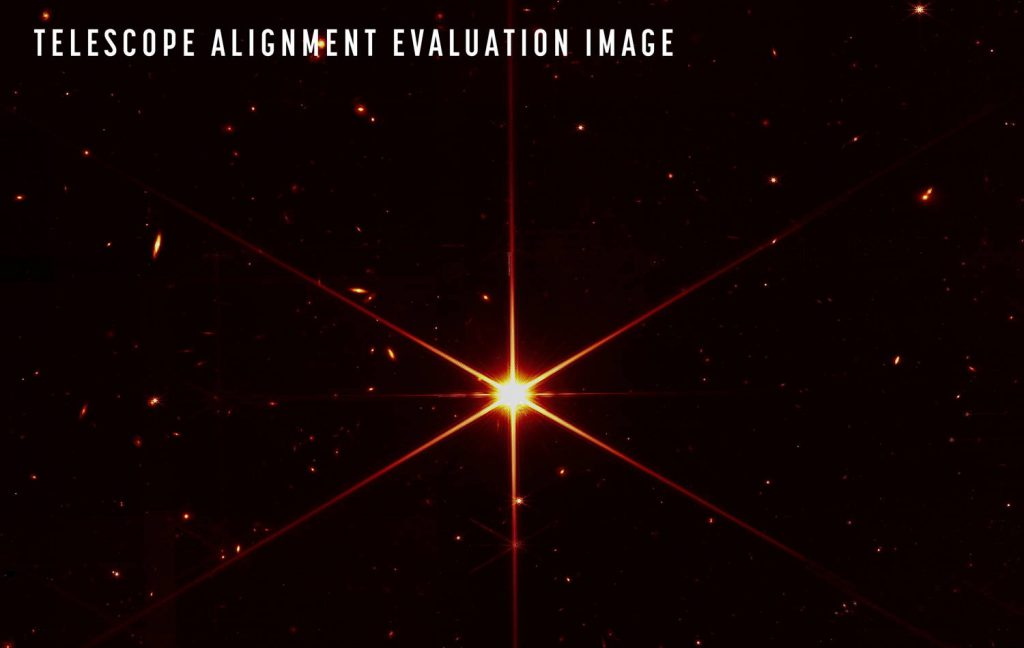 While the purpose of this image was to focus on the bright star at the center for alignment evaluation, Webb’s optics and NIRCam are so sensitive that the galaxies and stars seen in the background show up. At this stage of Webb’s mirror alignment, known as “fine phasing,” each of the primary mirror segments have been adjusted to produce one unified image of the same star using only the NIRCam instrument. This image of the star, which is called 2MASS J17554042+6551277, uses a red filter to optimize visual contrast.

James Webb telescope: first images better than expected Images of a very “boring” star are making waves across the astronomical world – they are the first sent back from NASA’s James Webb telescope, and they have exceeded all hopes and expectations.

Having completed the self-assembly of its 18-segmented main mirror, the telescope has now taken exceptional images of an unexceptional star as a test of its capabilities. The star, known as HD84406, is 100 times fainter than what can be seen with the human eye. The star itself is of little interest, lovely though its image is – instead, astronomers are captivated by the spray of tiny dots scattered across the background. Each is a distant galaxy, and this is the first time we’ve ever been able to capture them.