Noted in Passing: End of the Line for Uber 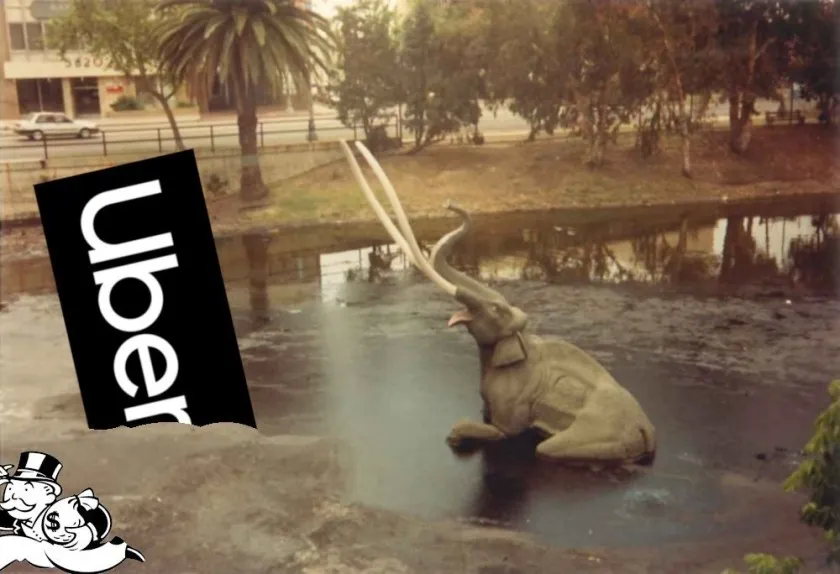 Uber is a bezzle (“the magic interval when a confidence trickster knows he has the money he has appropriated but the victim does not yet understand that he has lost it”). Every bezzle ends.

Uber’s time is up.

Uber was never going to be profitable. Never. It lured drivers and riders into cars by subsidizing rides with billions and billions of dollars from the Saudi royal family, keeping up the con-artist’s ever-shifting patter about how all of this would some day stand on its own.

Like the pretense that self-driving cars would eliminate all their labor costs. They knew this would never happen. They spent billions on a doomed effort, then had to bribe another company with a $400m “investment” to take its window-dressing away.

Uber didn’t need self-driving cars – it needed us to think it would have self-driving cars. That way the company’s Saudi owners could raise investment capital from subsequent “investors” (AKA “suckers”) all the way up to the IPO, cash out, and walk away, whistling innocently.

That’s the bezzle at work – a dazzle op that keeps new money flowing in, convincing people that a pile of shit this big must have a pony beneath it. But as the years went by, the stories that Uber told us about its path to profitability got more and more fanciful.

When Uber ran out of fairy tales about its impending quantum leaps in AI and its sorcerous capacity to defy the laws of geometry and reduce traffic by increasing the number of cars on the road, it created a food-delivery business…that lost billions.

The bezzle was an equal-opportunity ripoff. It didn’t just steal money from credulous investors – it also victimized workers, riders, cities, and restaurants. After all, if no one drove, rode, or ate from an Uber, investors might wise up about its impending financial doom.

So within days of Uber’s IPO, it jacked up prices for riders and ratcheted down wages for drivers (drivers were already losing money at this point, but Uber relied on their unfamiliarity with capital depreciation calculations to hide this).

Next post: “They come through me but they live with you.” A Rancher’s Life on the Biden “Border”

Previous post: Oasis: “There is the world dimensional for those untwisted by the love of things irreconcilable.”