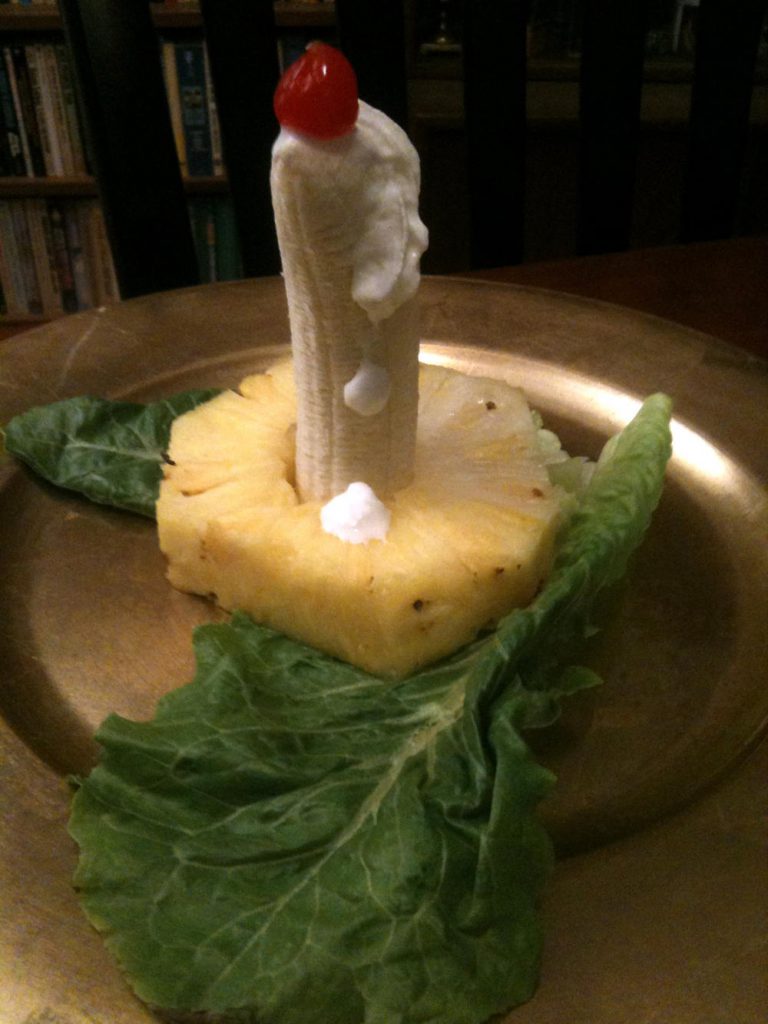 Candle salad is a vintage fruit salad that was popular in America from the 1920s through to the 1960s The salad is typically composed of lettuce, pineapple, banana, cherry, and either mayonnaise or, according to some recipes, cottage cheese. Whipped cream may also be used.

Its preparation is: first arrange a few leaves of lettuce on a plate or decorative napkin, this forms the salad’s base. Then stack pineapple rings on top of the lettuce, providing a niche for inserting one whole (or more often half) peeled banana. For garnish, the banana can be topped with choice of cream and a cherry. 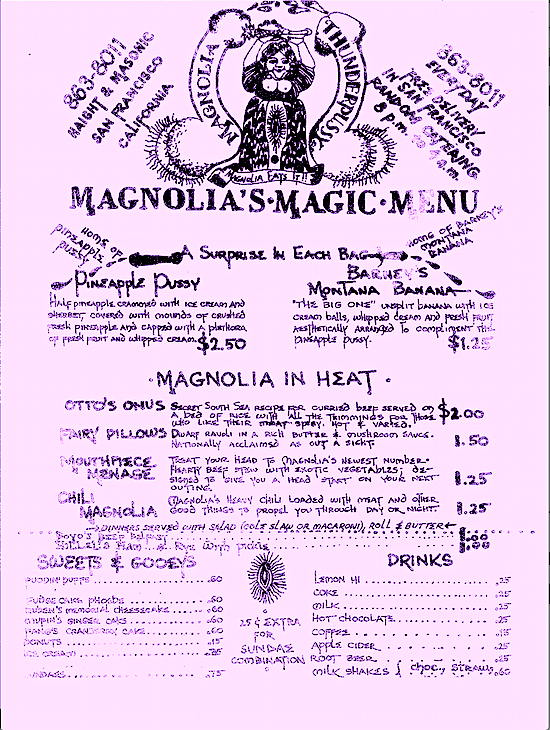 In San Francisco, for late-night stoners in Les Haute Sixties in the Haight, the go-to delivery service was known as Magnolia Thunderpussy. This salad structure looks to be an Emperor Norton hybrid of the Montana Banana and the Pineapple Pussy. And the mention and reputation of Magnolia Thunderpussy seem to have survived outside of my every failing hard drive and memory boards. To wit:

Magnolia Thunderpussy, a late-night naughty dessert delivery service that operated in the Sixties out of Dish, a restaurant on the corner of Haight and Masonic Streets, as well as out of a former club on Bush Street called the Boarding House. The provocative service was owned by Magnolia Thunderpussy, a former burlesque star, and radio gossip columnist and her most popular desserts were two sundaes called Pineapple Pussy and Barney’s Montana Banana. 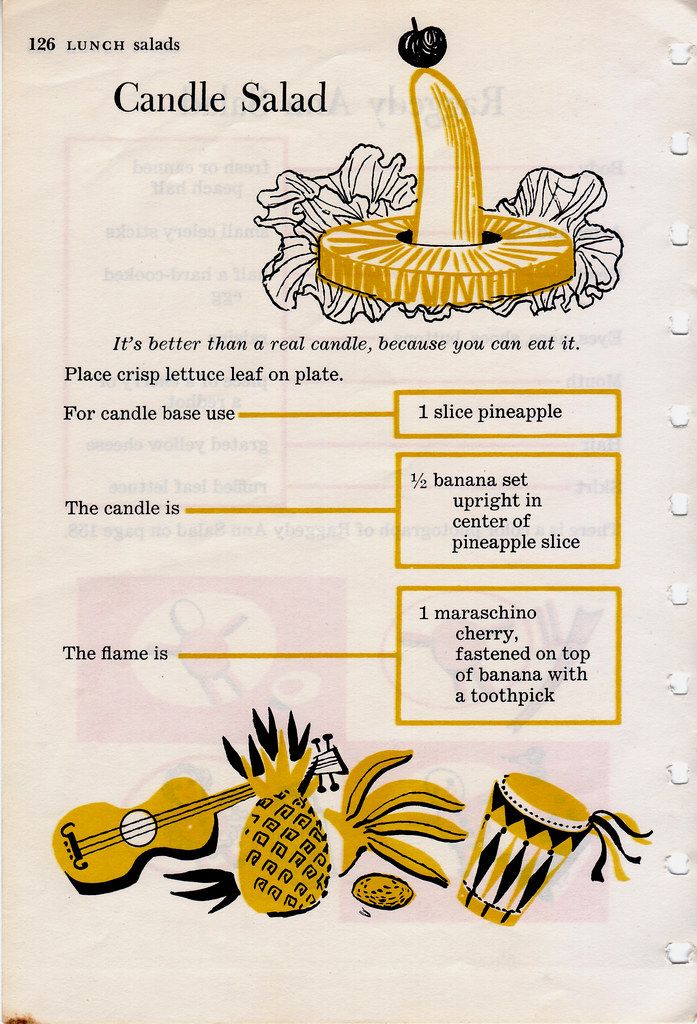