Noted in Passing: Another day in which the world has to endure Virgin Galactic’s unceasing outgassing. 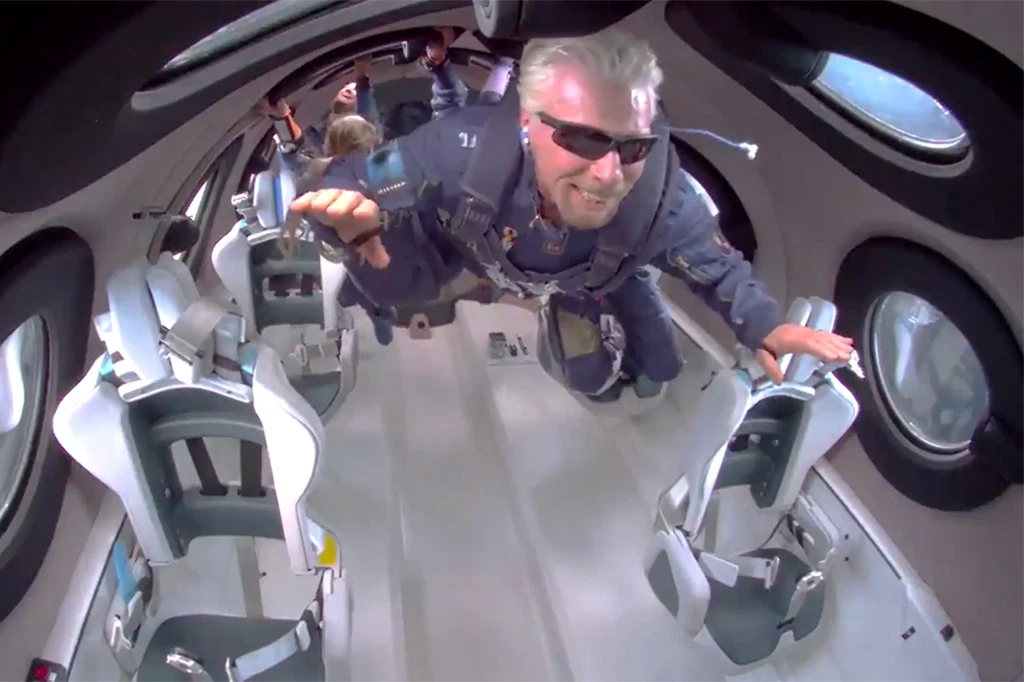 The Billionaires’ Diet: Weightless for just $80,000 per minute

Richard Branson, on his Virgin Galactic rocket plane, becomes first billionaire to get to space But, sadly, was not left there.

Less than an hour after takeoff, the VSS Eve plane released its rocket at an altitude of 53 miles — further than the 50-mile boundary considered by the US to be the boundary of space.

The crew was then able to unstrap to experience a few [ two or three max at S250,000 a ticket] minutes of weightlessness before gliding back around 9:40 a.m. to the runway.

But not to worry because later this year there will be another chance to send a different and even creepier billionaire into space and leave him there:

Branson wasn’t due to fly until later this summer but moved up his plans after fellow billionaire Jeff Bezos announced that he would be taking his own rocket into space from West Texas on July 20.

As for Elon Musk, there are plans afoot to strap him into his massive Starlink rocket and shoot him directly into the sun. Batteries included.