Noted in Passing: And the Band Played On 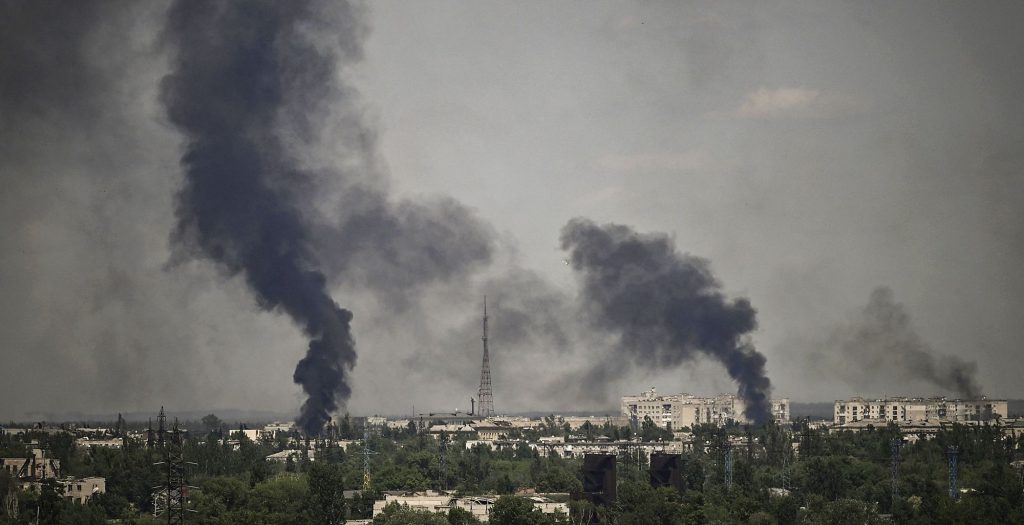 Russian Forces Push Into Pivotal City in Eastern Ukraine KYIV, Ukraine—Russian forces advanced Monday into the center of Severodonetsk, one of the last Ukrainian strongholds in the eastern Donbas region, where Moscow is now concentrating its offensive.

The battle for Severodonetsk has in many ways resembled the fight for Mariupol, where Russian-backed forces worked to encircle the city while constant shelling reduced most buildings to rubble.

The fight underscores the central role of artillery in the east of Ukraine as Russia tries to avoid losing more manpower in urban fighting. The city’s fall would likely free up Russian soldiers for their next assault on the Ukrainian cities of Slovyansk and Kramatorsk, which would be the last redoubts of Ukrainian forces in the east.

Serhiy Haidai, the governor of Luhansk region, which together with neighboring Donetsk makes up the Donbas region, said Monday morning that all critical infrastructure in Severodonetsk had been destroyed, as had 60% of the residential housing. Speaking on Ukrainian television, he described the pattern of the battle: several hours of Russian shelling, followed by a push by troops to advance further into the city.

“The smell of corpses is constant, because they do not take away the bodies,” Mr. Haidai said. “They are firing everything in the arsenal of the Russian Federation.” Ukrainian troops were trying to hold out until more heavy weapons could be delivered, he said.

And the war grinds on . . . Russia-Ukraine War Live: Latest News

Next post: “Could you just come to the outside of the door and listen for a minute. . .”