“Not to change the subject but…. hey… let’s buy Greenland! 3rd time’s the charm!”

Man what an awesome day for Trump.

Then he tells a fat protester at his rally to go home & start exercising.

If you don’t think this is awesome, I don’t know how to talk to you. 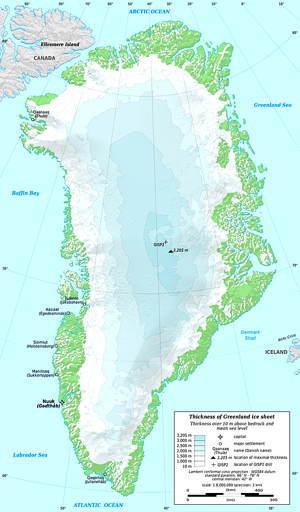 I don’t know about you but I am ready for Greenland to be the 51st state.

First off, it’s big. It’s three times the size of Texas. It has lots of undeveloped beachfront (and inland) property and we did very well with beachfront property on Hawaii.

With a population of some 56 thousand Danes, it is just begging for some diversity, or at least a few Swedes and Norweigian bachelor farmers for a start.

Severely underdeveloped in the ice-covered interior, it can use a lot of illegal aliens to help develop it. This makes it an illegal alien safety valve. We can just put in an air bridge with Air Buses running from San Diego and Laredo to Thule where we already have a fine base.

And it won’t be the first time we’ve tried to buy Greenland. It will be the third:

The reason why the US would want to buy Greenland is clear: being able to install anti-Russian military installations such as early-warning radar and nuclear bomber bases (Greenland being fairly close, on a great circle, to Russia). The US has famously often bought large chunks of land (Louisiana Territory & Alaska being the biggest & most profitable), so it was nothing new—this was, in fact, the second time the US expressed interest in buying Greenland, after an abortive attempt in the 1860s.

This appears to have been a large offer: 1946 US GDP was $200-228b, making an offer of $0.1b a nontrivial percentage of US productivity, and Denmark’s GDP appears to have been >50x smaller, ~$23b, as it recovered from WWII.  — Reasons of State: Why Didn’t Denmark Sell Greenland?

In strategic terms Greenland’s Unique Kvanefjeld Multi-element Rare Earth Project is one of the major deposits of rare earths that China is trying to control.

The Kvanefjeld project, one of the largest rare earths deposits in the world, can be found in the south of Greenland near the town of Narsaq. The project comprises three linked deposits (Kvanefjeld itself, Zone 3 and Sensen). These three deposits contain 1 billion tonnes of mineralized ore. The predominant mineral is steenstrupine, which hosts both rare earths and uranium in significant quantities.

And always remember that in Greenland, English is a strong second language as in “For English press 2.”

Finally, if the globe heats up as we are always being warned it will (“Any day/week/month/year now”),  then we’ve got some fine fine farmland and retirement condo space at very affordable prices. In addition, besides having a lot of rare earths and other precious metals ready for extraction, Greenland is also looking at developing a hydrothermal power system. That is so very, very alternative fuelish  that one might look at buying Greenland as Trump’s much more sensible “New Green Deal.”

And never forget, the other candidate for 51st state is Puerto Rico.

Previous post: The End of Science Fiction by Lisel Mueller