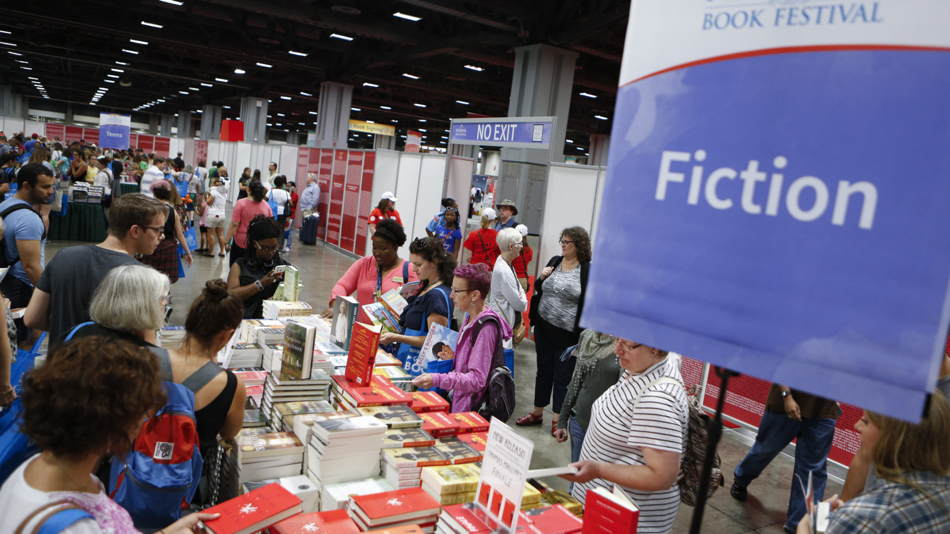 [A recent exchange about the progressive feminism that infects publishing put me in mind of a series of items I wrote more than 30 years ago about the state of book publishing when I was the Senior Editor and Director of Paperback Publishing at Houghton Mifflin. I went to the online attic where a lot of these things are kept and managed to pull a few out of the old dusty packing crates and smuggle them past the ghosts. A few struck me as still germane to today’s publishing environment — even more so because so little has changed — except the names of the usual suspects. Don’t think it’s dated. This is probably a whole lot like what will happen this year.]

One of the favorite cities for the American Booksellers Association (ABA) to hold a convention is Washington D.C. This city of hard-core inept government somehow attracts one of the most inept businesses in the private sphere. It somehow calls them home. Perhaps it makes publishers, by contrast, feel smart and efficient. I don’t know. It is a city of large examples of neo-Federalist and Fascist overbuilding nestled next to one of the worst black ghettos in the nation; a city where the very streets and tempo speak of a certain benighted mindlessness; a city careful to close all its museums and most of its shrines on the Sunday of Memorial Day weekend; and now a city of thousands of dazed bookstore owners pulling shopping carts along the streets as they head towards the annual show of most of the 57,000 books we will publish this year. Yes, this year. 57,000 brand. new. books.

The mind reels, then pauses, then leaves the body as it enters the convention center, pushes past the large banners proclaiming this to be “The Year of The Reader!’ Hope, always hope. Give us a reader, any reader. We gots the books if you gots the time. And thirty dollars.

But where are the books?

Not really that visible. Simon has a lot of videos, a lot of failing audios, and a lot of covers blown up glued down to plexiglass and backlit. These are supposed to be the stars, the big books, the ones all America is dying to read. Hard to make out the titles. They blur.

Pick up a catalog and move on.

All around you are booksellers with full-size shopping carts jamming every freebie they can get their hands on. Posters, buttons, stuffed animals…..Simon is publishing CATMOPOLITAN, a slavish bid for the cat market, a send-up of some magazine, and booksellers can duck behind a large six-foot blowup of a cover, stick their faces in a hole and get a free Polaroid of themselves as the cover cat of Catmopoliton. A thrill, a real thrill! There’s a line.

Morrow’s booth…swarming with people but to no discernible propose. Get a catalog. Try to focus on titles. Useless. No books in evidence. No nothing in evidence. Turn the corner. It is Zebra books…the walk-away winner for high schlock…this year a bit down from their usual high marks for real tackiness. They’ve installed a guy dressed in Louis the 14th duds playing classical guitar. Not at all the cheap Jackie Susan stuff we’ve come to expect from Zebra. Ignore catalog, walk on.

Very few real books visible. Tucked away behind the banners, the free offers, the catalogs and order forms, the video monitors showing Dan Rather commenting on Ernest Worell who’s got a calendar, got a commercial, got a movie coming out, got a special on HBO, buy his book, please? Dan Rather on a loop repeating an inane report over and over again for four days.

Grab a catalog, shake a hand, move on. Down endless rows. Some booths crammed with people. Other’s next door with only a woebegone and terminally bored rep sitting on a chair wondering why they got into this book business when there was big money to made in air-conditioning repair and maintenance.

Booksellers flooding in now, shopping carts in tow. Filling up.

He packed the trunk of the car with his catalogs and drove north. Along Pennsylvania Avenue, he saw a sign saying “Vietnam Veterans Memorial”.

He parked the car and walked into the park. He walked slowly down the ramp with the lists of the dead rising over his head on their marble slabs like some infinite tide that would never go out.

He thought he was a tough guy. He thought he had all his feelings from those years locked away in a trunk in some unvisited attic of his mind that he never had to enter again.

He was wrong. They were right below the surface and, as he went down into the monument, they came to the surface like demons suddenly released, and he found himself weeping as he saw what the war had cost.

There was a pair of worn combat boots left beside one column of names.

Further on there was a small piece of notepaper lying limply over the rail of stone at the foot of the monument. He knelt down to read it:

“To my buddies of the 102nd.
I’m sorry I’m not with you.
I should be with you but God had other plans for me.
I still don’t know what but I know I miss you badly.
You were the best friends I ever had.”

There were 50,000 books in Washington that weekend, but that was the only thing he found that was worth reading. 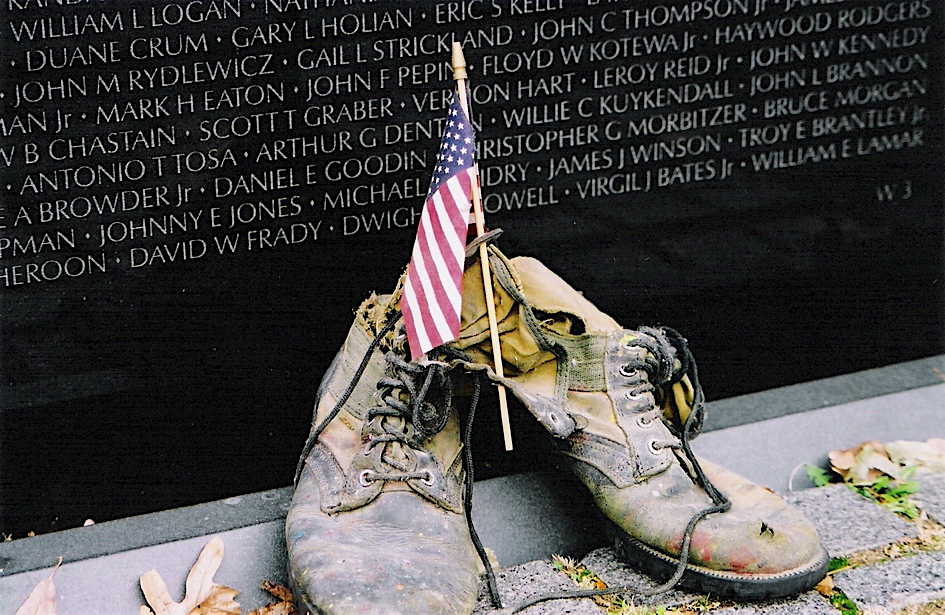 Next post: Midterms: The Cake’s Been Baked for Over a Week

Previous post: No More Prefaces. No More Apologizing for Anything.