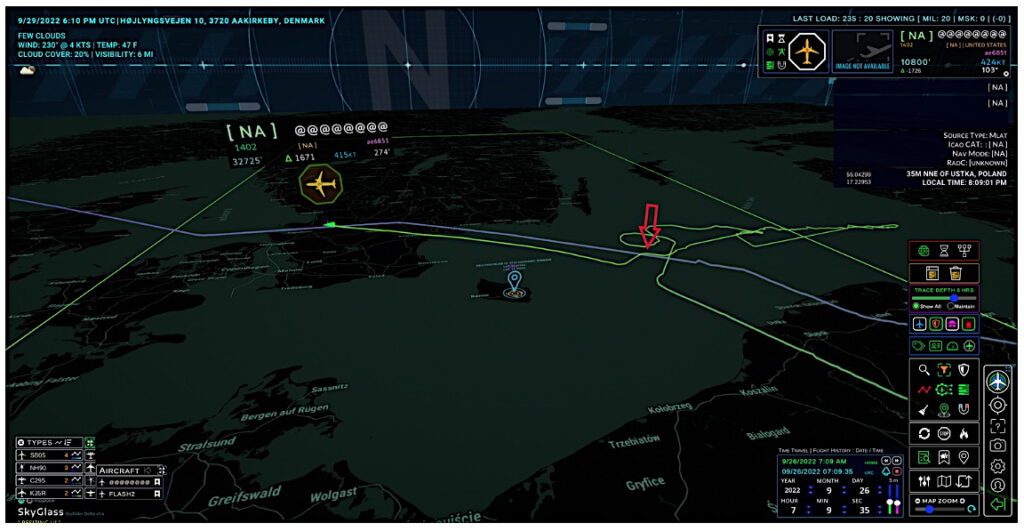 One of the more interesting commenters on the US Proxy War with Russia is MonkeyWerx, a man who uses publically available flight information via SkyGlass by AVIAR Labs to track the movement of government flights around the world. Last week he became interested in the flight record of a certain very long, very unusual flight of a Navy P8 (seen above).

That said, the Russians also have this data and it certainly didn’t help our case that Biden told them we would take the pipeline out should the Russians invade Ukraine. We have seen Biden “slip up” on many occasions so this isn’t a surprise. You would think that the bobbleheads would have at least put someone in the game that would have the cognitive ability to at a minimum play the game, but that clearly isn’t the case.

Here are a few facts about the sabotage:

Next post: Noted in Passing: The award for best Hurricane Ian joke goes to Greg Gutfeld

Previous post: Loretta may have passed but a country boy can still survive