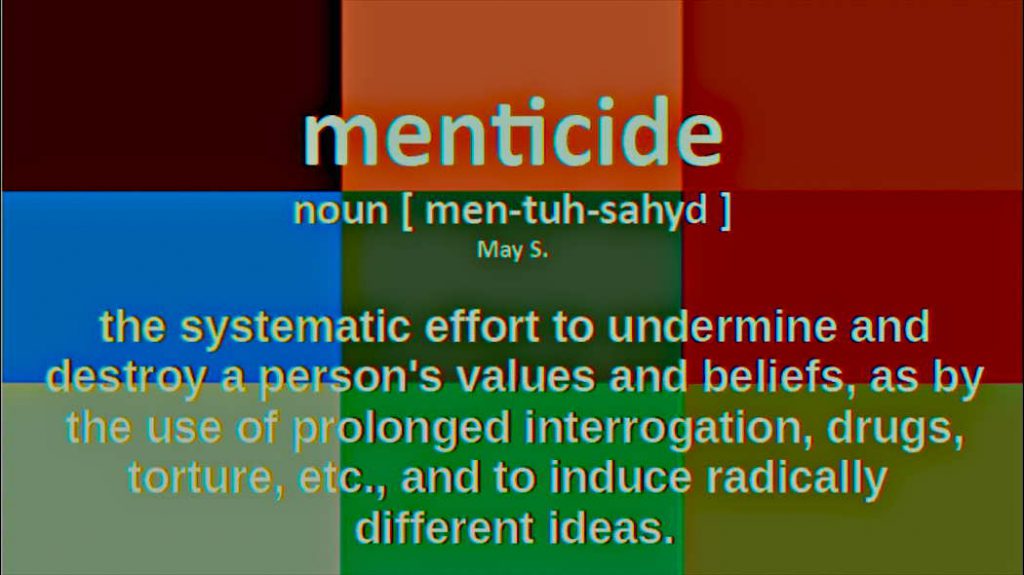 Pay attention: “Menticide” will be on The Final

Excerpts from the transcript of The Manufacturing of a Mass Psychosis – Can Sanity Return to an Insane World?

“The masses have never thirsted after truth. They turn aside from evidence that is not to their taste, preferring to deify error, if error seduce them. Whoever can supply them with illusions is easily their master; whoever attempts to destroy their illusions is always their victim.” — Gustav Le Bon, The Crowd: A Study of the Popular Mind 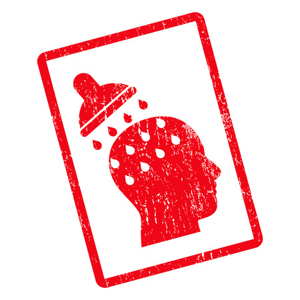 Diseases of the body can spread through a population and reach epidemic proportions, but so too can diseases of the mind. And of these epidemics of the latter variety, the mass psychosis is the most dangerous. During a mass psychosis madness becomes the norm in a society and delusionary beliefs spread like a contagion. But as delusions can take many forms, and as madness can manifest in countless ways, the specific manner in which a mass psychosis unfolds will differ based on the historical and cultural context of the infected society. In the past, mass psychoses have led to witch hunts, genocides and even dancing manias, but in the modern era it is the mass psychosis of totalitarianism that is the greatest threat:

“Totalitarianism is the modern phenomenon of total centralized state power coupled with the obliteration of individual human rights: in the totalized state, there are those in power, and there are the objectified masses, the victims.” — Arthur Versluis, The New Inquisitions 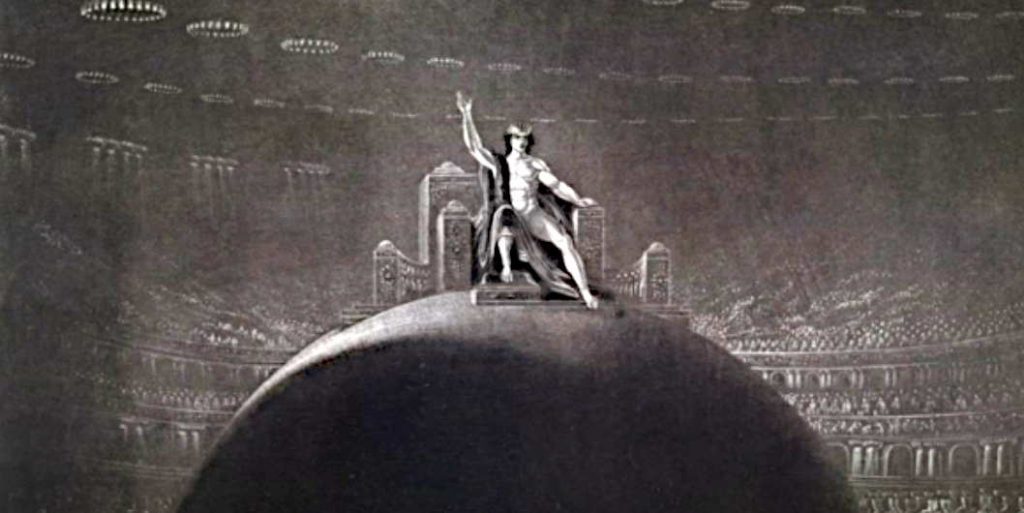 In a totalitarian society the population is divided into two groups, the rulers and the ruled, and both groups undergo a pathological transformation. The rulers are elevated to an almost god-like status which is diametrically opposed to our nature as imperfect beings who are easily corrupted by power. The masses, on the other hand, are transformed into the dependent subjects of these pathological rulers and take on a psychologically regressed and childlike status. Hannah Arendt, one of the 20th century’s preeminent scholars of this form of rule, called totalitarianism an attempted transformation of “human nature itself”. But this attempted transformation only turns sound minds into sick minds for as the Dutch medical doctor who studied the mental effects of living under totalitarianism wrote:

“… there is in fact much that is comparable between the strange reactions of the citizens of [totalitarianism] and their culture as a whole on the one hand and the reactions of the…sick schizophrenic on the other.” — Joost Meerloo, The Rape of the Mind 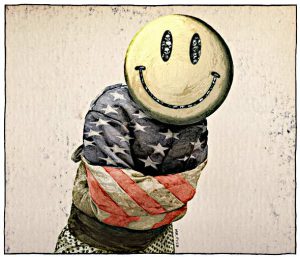 The social transformation that unfolds under totalitarianism is built upon, and sustained by, delusions. For only deluded men and women regress to the childlike status of obedient and submissive subjects and hand over complete control of their lives to politicians and bureaucrats. Only a deluded ruling class will believe that they possess the knowledge, wisdom, and acumen to completely control society in a top-down manner. And only when under the spell of delusions would anyone believe that a society composed of power-hungry rulers, on the one hand, and a psychological regressed population, on the other, will lead to anything other than mass suffering and social ruin.

But what triggers the psychosis of totalitarianism? As was explored in the previous video of this series, the mass psychosis of totalitarianism begins in a society’s ruling class. The individuals that make up this class, be it politicians, bureaucrats, or crony capitalists, are very prone to delusions that augment their power, and no delusion is more attractive to the power-hungry, than the delusion that they can, and should, control and dominate a society. When a ruling elite becomes possessed by a political ideology of this sort, be it communism, fascism or technocracy, the next step is to induce a population into accepting their rule by infecting them with the mass psychosis of totalitarianism. This psychosis has been induced many times throughout history, and as Meerloo explains:

“It is simply a question of reorganizing and manipulating collective feelings in the proper way.” — Joost Meerloo, The Rape of the Mind

The general method by which the members of a ruling elite can accomplish this end is called menticide, with the etymology of this word being ‘a killing of the mind’, and as Meerloo further explains:

“Menticide is an old crime against the human mind and spirit but systematized anew. It is an organized system of psychological intervention and judicial perversion through which a [ruling class] can imprint [their] own opportunistic thoughts upon the minds of those [they] plan to use and destroy. — Joost Meerloo, The Rape of the Mind

Priming a population for the crime of menticide begins with the sowing of fear. For as was explored in the first video of this series, when an individual is flooded with negative emotions, such as fear or anxiety, he or she is very susceptible to a descent into the delusions of madness. Threats real, imagined, or fabricated can be used to sow fear, but a particularly effective technique is to use waves of terror. Under this technique the sowing of fear is staggered with periods of calm, but each of these periods of calm is followed by the manufacturing of an even more intense spell of fear, and on and on the process goes, or as Meerloo writes:

“Each wave of terrorizing . . . creates its effects more easily – after a breathing spell – than the one that preceded it because people are still disturbed by their previous experience. Morality becomes lower and lower, and the psychological effects of each new propaganda campaign become stronger; it reaches a public already softened up.” — Joost Meerloo, The Rape of the Mind 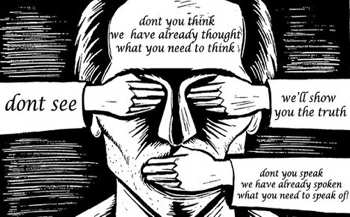 While fear primes a population for menticide, the use of propaganda to spread misinformation and to promote confusion with respect to the source of the threats, and the nature of the crisis, helps to break down the minds of the masses. Government officials, and their lackies in the media, can use contradictory reports, non-sensical information and even blatant lies, as the more they confuse the less capable will a population be to cope with the crisis, and diminish their fear, in a rational and adaptive manner. Confusion, in other words, heightens the susceptibility of a descent into the delusions of totalitarianism, or as Meerloo explains:

“Logic can be met with logic, while illogic cannot—it confuses those who think straight. The Big Lie and monotonously repeated nonsense have more emotional appeal … than logic and reason. While the [people are] still searching for a reasonable counter-argument to the first lie, the totalitarians can assault [them] with another.” — Joost Meerloo, The Rape of the Mind

FULL TRANSCRIPT AT The Manufacturing of a Mass Psychosis – Can Sanity Return to an Insane World?