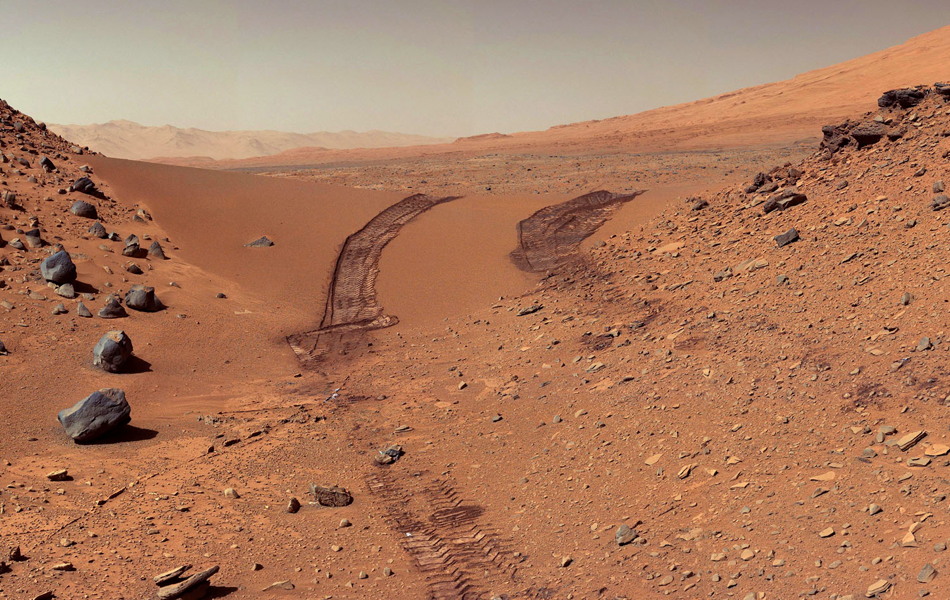 This look back at a dune that NASA’s Curiosity Mars rover drove across was taken by the rover’s Mast Camera (Mastcam) during the 538th Martian day, or sol, of Curiosity’s work on Mars (Feb. 9, 2014). The rover had driven over the dune three days earlier. For scale, the distance between the parallel wheel tracks is about 9 feet (2.7 meters). The dune is about 3 feet (1 meter) tall in the middle of its span across an opening called “Dingo Gap.” This view is looking eastward. (NASA/JPL-Caltech/MSSS) 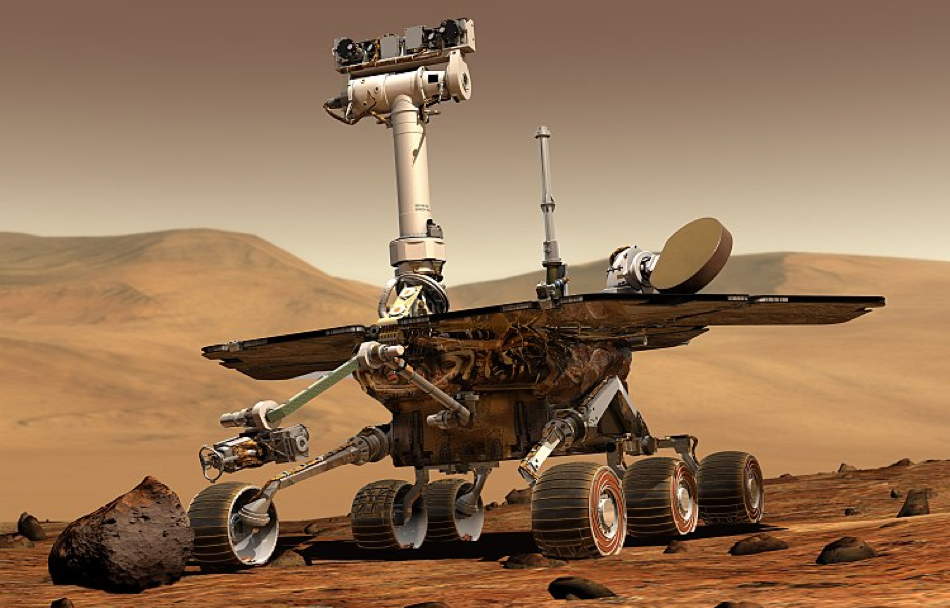 Around January 26, 2010, NASA conceded defeat in its efforts to free the rover and stated that it would now function as a stationary science platform.  The last communication received from the rover was on March 22, 2010, and NASA ceased attempts to re-establish communication on May 25, 2011. Mars rover 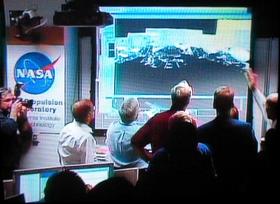 Then Curiosity: 2,000 Days on Mars With the Curiosity Rover –  It has now been just more than 2,000 days since NASA’s Curiosity rover landed on the surface of Mars.

NASA’s Curiosity Mars rover is seen at the site from which it reached down to drill into a rock target called ‘Buckskin’ on lower Mount Sharp in this low-angle self-portrait taken August 5, 2015 and released August 19, 2015.

In the days (or “sols,” as they are called on Mars) since its complex sky-crane touchdown, Curiosity has made countless discoveries with multiple instruments, including drills, lasers, and an array of imaging instruments that so far have sent 468,926 images back to Earth. Gathered here are a few images of Mars from Curiosity over the past few years.

Next post: There Are 323 Million American Dreamers. This Is One of Them.