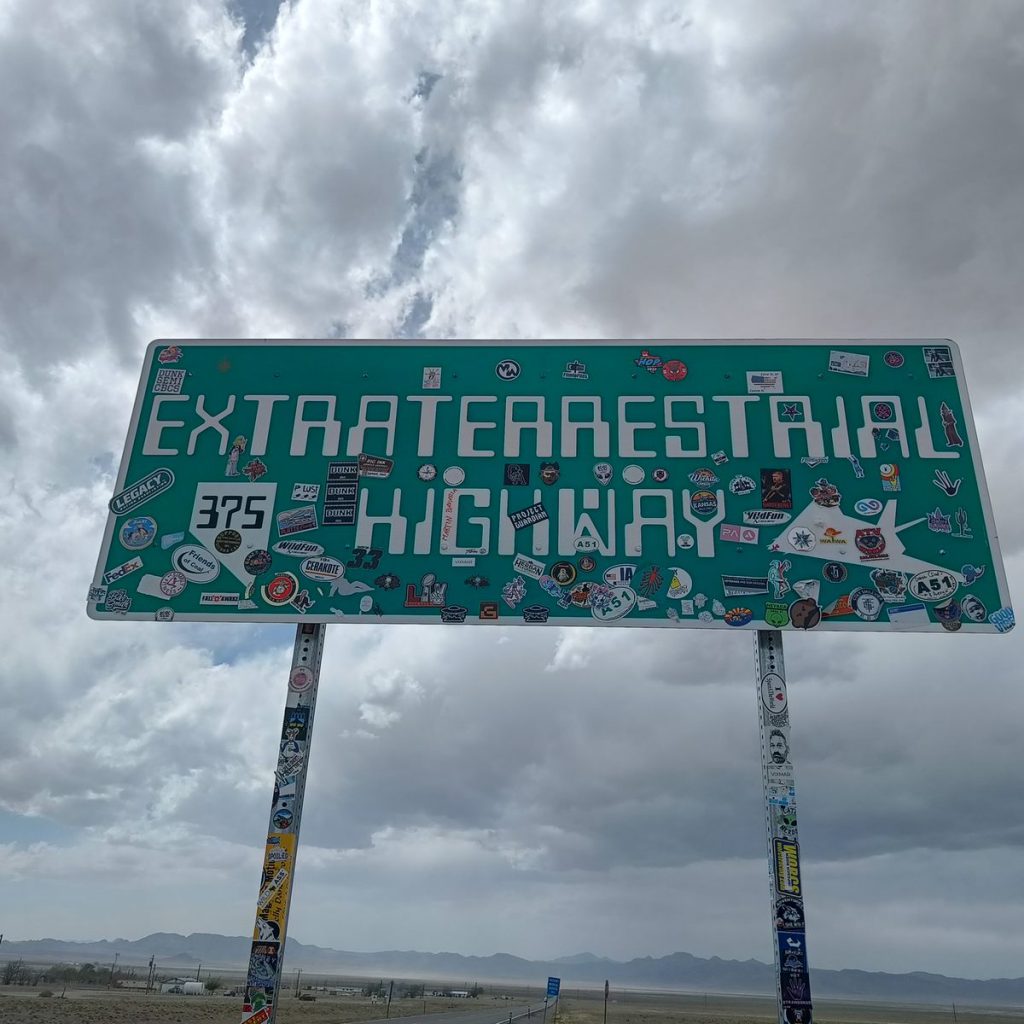 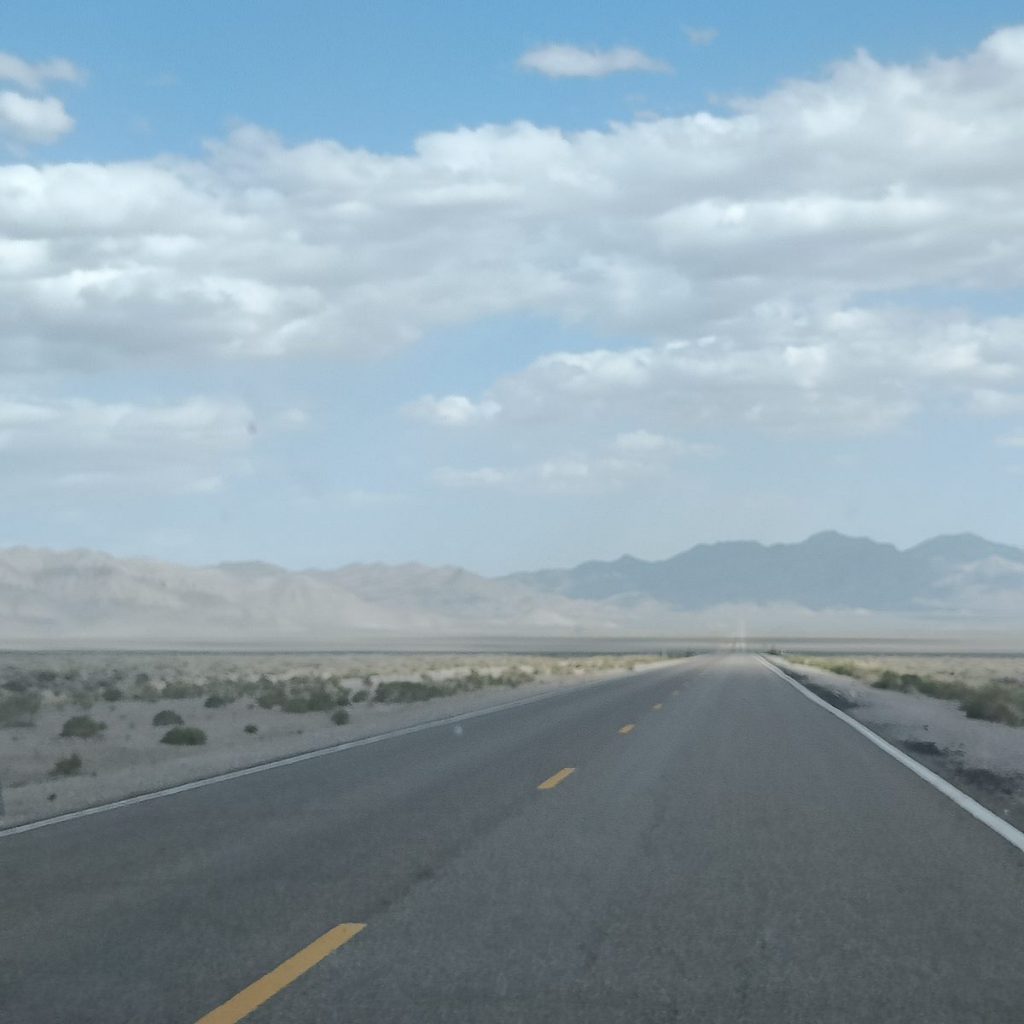 ED HARRIS: (As Rear Admiral Chester “Hammer” Cain) in Maverick: ”Thirty-plus years of service, combat medals, citations, only man to shoot down three enemy planes in the last 40 years, yet you can’t get a promotion. You won’t retire. Despite your best efforts, you refuse to die.”

Let’s get something straight |. …the communist left doesn’t give one iota of a fuck what you think. You can blah-blah-blah all day.

The ONE THING that the commie left has not forgotten, is that speech without deeds and action is just…SO MUCH BLOVIATING HOT AIR.
They are willing and able to get blood on their hands.

You are afraid they’ll call you… mean, hateful, and you’ll get in trouble with your government.

Never Yet Melted ｻ Film Crew Visits Cat Urbigkit   Recently, Cat reluctantly allowed a film company to visit, and she describes amusingly the interesting time she had preventing the urban-based film crew members from getting eaten by her dogs. Those are big, strong dogs.

Let’s Practice System Distancing: The Abortion Edition – Francis Berger The first thing to keep in mind is this — the System issued the communication and made sure news of it was widespread. This implies that the Establishment very much wants everyone to be acutely aware of the “issue” and to participate in the issue via the System in some way by thinking about it, writing about it, arguing about it, raising hopes about it, fighting about it, etc. Moreover, the Establishment wants everyone to “have a position” on the issue. They want people to become personally invested in this latest communication on terms the System dictates. This applies especially to Christians, for whom abortion is a big concern.

Secondly, this newest current thing is a clear example of the System wanting people to listen to what it is saying about this issue here and now and to forget about what it is not saying here and now. And there are many things the System is not talking about these days — the very same things it could not stop talking about mere weeks or months ago. . . VIA Venlet at Free Men Free Minds 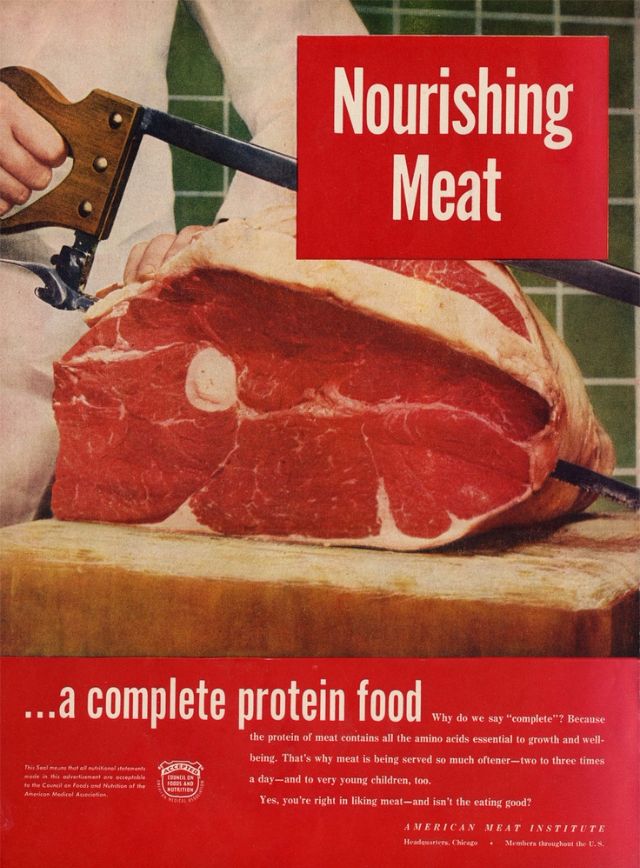 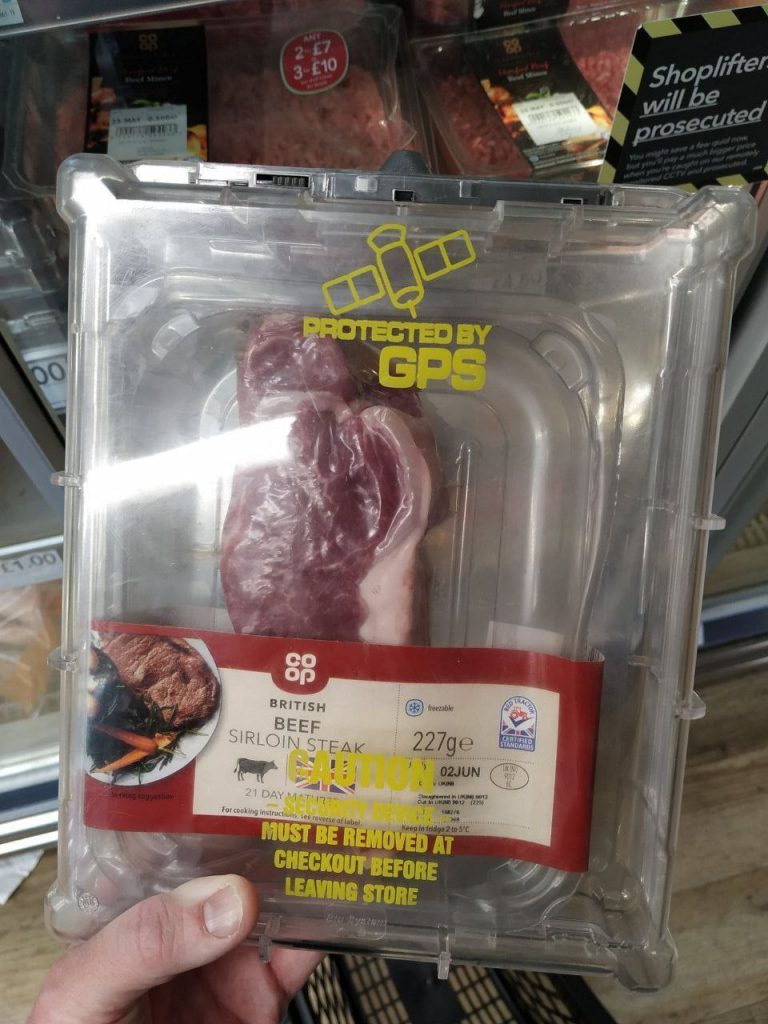 Bruce Charlton’s Notions: BTW – It’s Not about the USA anymore... But the present situation, in which (apparently) the US Supreme Court Judges are under siege; threatened by totalitarian-leftist violence egged on by the mass media; and leading US politicians and security agencies will neither acknowledge the fact, protect them, nor do anything substantive to discourage the situation… shows me that the USA is now a controlled nation – the US elites are middle managers for executives whose loyalties lies elsewhere.

A cow was on the loose on the highway in Oklahoma, so they brought in a Cowboy to take care of it.

No Compromise on Guns Why is a former (but sympathetic) government official under the impression that his past position gives him some sort of special expertise that we should defer to in terms of foundational constitutional policy, i.e., whether or not citizens should have the capacity to resist violent tyranny? The answer is that he doesn’t, and the fact that guys like him are presumably the ones who would be called upon to carry out the dirty work of a tyrannical government (in the remote but potential scenario where that might happen in the future) actually makes him the very worst person to opine on the policy. 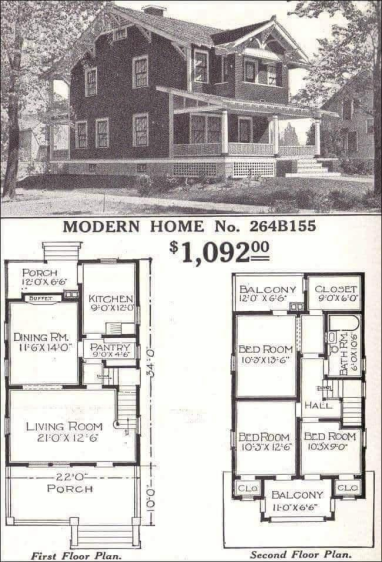 The number one issue for voters is gas prices. The ruling class likes high gas prices because it pleases Gaia. They also like it because it harms the Dirt People, which reinforces the friend-enemy distinction. The Cloud People are largely defined by not being Dirt People. It is why administration officials start giggling whenever they are asked about gas prices. It is also why they cannot pivot to take the side of the voters and promote policies that lower gas prices.

We see this with the current frenzy of gun grabbing in Washington. The Biden people put out word that they were going to distract people from the economy by grifting on the latest school shooting. The problem is the gun grabbers are consumed with spiting normal people who support gun ownership. Instead of the issue being a way to distract voters, it is a reminder that the people in charge hate the voters. The distraction quickly becomes a reminder of why people are unhappy.

The upcoming January 6 show trials are another example. The whole point of this thing is to remind the Dirt People of their place. They could sell some of this right after it happened, as most Dirt People are in favor of order. At this point, when shelves are empty and gas prices are soaring, the Dirt People are starting to wonder if the QAnon Shaman was onto something. This show trial is exactly what the party should be avoiding, but they cannot stop themselves. It is who they are.

Talkin’ World War III Blues |
Well, the whole thing started at 3 o’clock fast
It was all over by quarter past
I was down in the sewer with some little lover
When I peeked out from a manhole cover
Wondering who turned the lights on

Well, I got up and walked around
And up and down the lonesome town
I stood a-wondering which way to go
I lit a cigarette on a parking meter and walked on down the road
It was a normal day 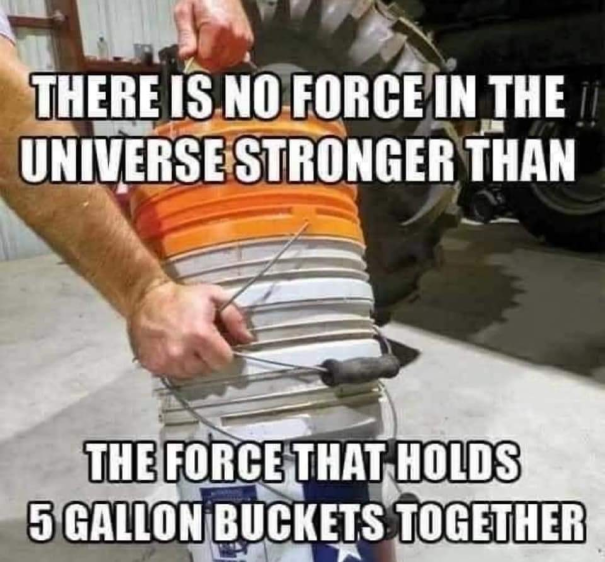 Can The United States Become a Serious Country Again? | Would a serious country have run up a national debt of now almost $30.5 trillion during times of relative peace and prosperity?
Would a serious country have leaders so deeply preoccupied with domestic wrangling and partisan advantage that they fail to see that the rest of the world is watching and taking note, and that the hostile powers of the world are even now calculating the possibilities that such feckless leadership has opened up for them?
Would a serious country allow the apparatus by which it elects its leaders to become so corrupted and to fall into such disrepair that its citizenry of both major parties no longer trust the outcomes of elections?

Twilight of Tech Gods: Era Ends With Recession, Stock Market Crash, Layoffs Crypto is a stunning waste of capital and the clearest proof yet that a lot of money in tech has run out of useful ideas to chase. It has proved that it is not a safe store of value nor a viable payments network.There is constant crypto robbery with no consequences, and it is obvious that further integrating this fantasy funny money into our financial system would be a mistake. It is a Ponzi scheme, as FTX founder Sam Bankman-Fried basically admitted on an episode of Bloomberg’s “Odd Lots” podcast — a box that is only valuable if more people keep putting value in the box. 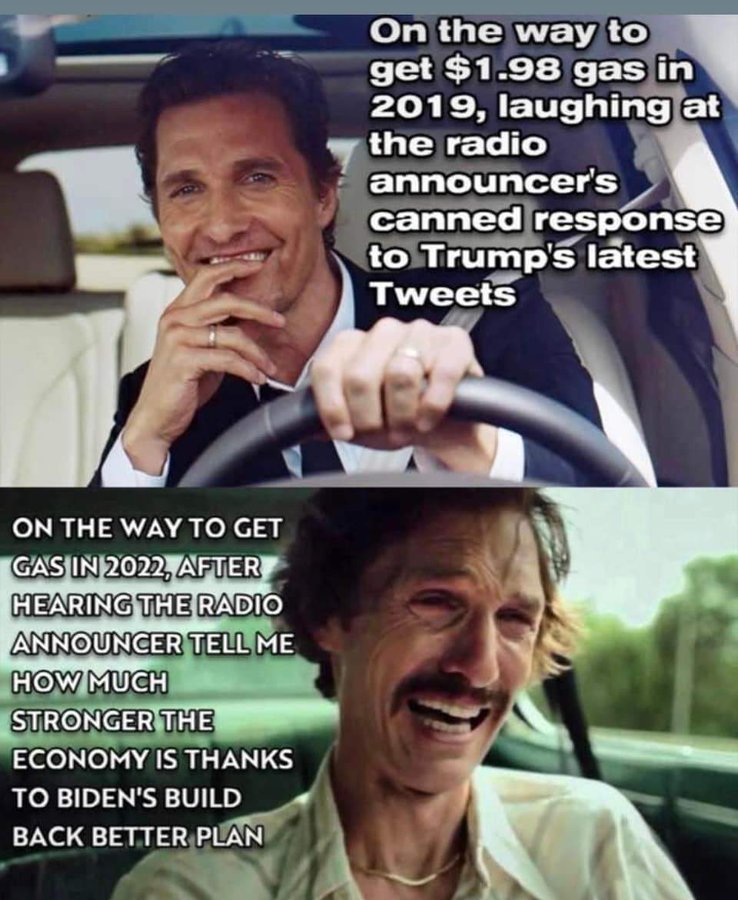 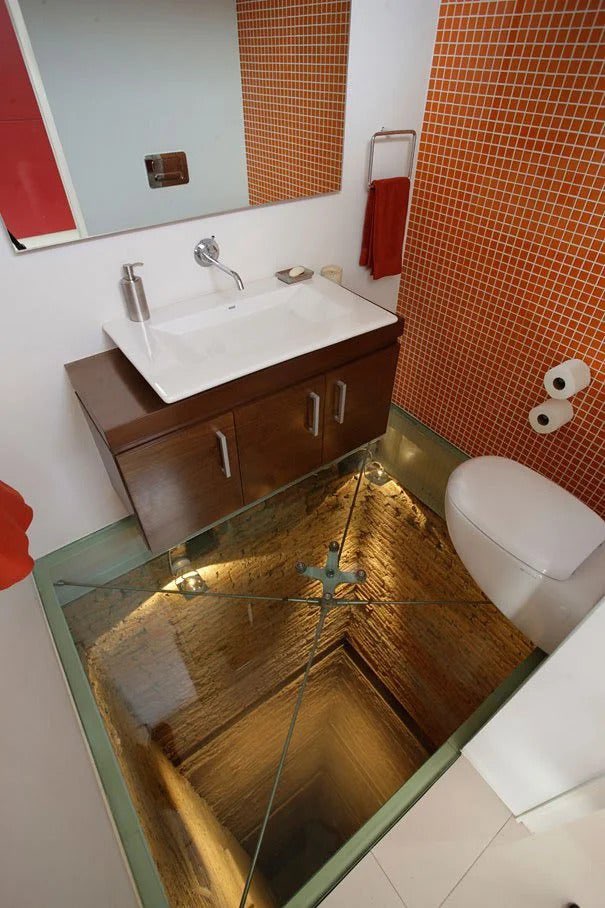 Next post: The Ministry of Truth Is Baaaaack Baby!