Long Read of the Week: “Sgt. Pepper Wasn’t Broken. So They Fixed It.” by ROBBY BERMAN
≡ Menu

Long Read of the Week: “Sgt. Pepper Wasn’t Broken. So They Fixed It.” by ROBBY BERMAN 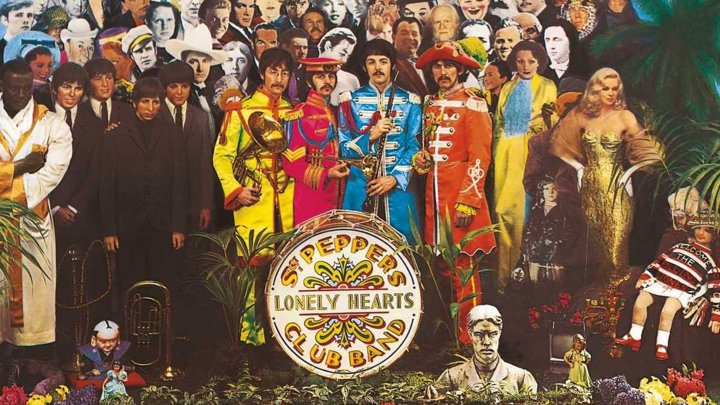 McCartney addressed the bandmembers’ identity crisis by suggesting they think of themselves as not The Beatles, but as a fictional group, Sgt. Pepper’s Lonely Hearts Club Band. They didn’t have to do teenage-targeted Beatle songs; they could do songs the imaginary band might do. Maybe because not everyone totally bought into the conceit, the idea fell away somewhat as work progressed. Even so, along with producer George Martin, they were a finely tuned recording machine in the habit of topping themselves with each album. Sgt. Pepper was the last time they’d work together so cohesively for an entire album.

The Beatles’ productions had been growing ever-more complex over the course of their previous two albums, Rubber Soul and Revolver, and by the time they started work on Sgt. Pepper, they had to bounce and bounce and bounce to have enough tracks to realize their creative ambitions. As spectacular as the final product was, from a sound-quality standpoint, the earlier tracks — the drums and other basic instruments — had been copied between four-track machines over and over, and sounded like it: thin and small and lo-fi.

People may not have noticed within the context of the revolutionary overall sound, but it made the album seem more and more slight, and dated, as time went by.

With modern equipment, it’s possible to synchronize the original, pre-bounce recordings — in all their pristine glory — so the new remixes basically undo all that bouncing. And boy, does everything sound better: bigger, richer, deeper. Ringo’s drums slam, the vocals are airier, and the resulting clarity is often eye-opening….

It must be said: A splendid time is guaranteed for all.

RTWT at: Sgt. Pepper Wasn’t Broken. So They Fixed It. | Big Think Previous post: For a daily testosterone fix I get my kicks  on Sociopathic Boys 66