Long Read of the Week: The Paris Statement. What has happened in Europe, can (and is) happening here. 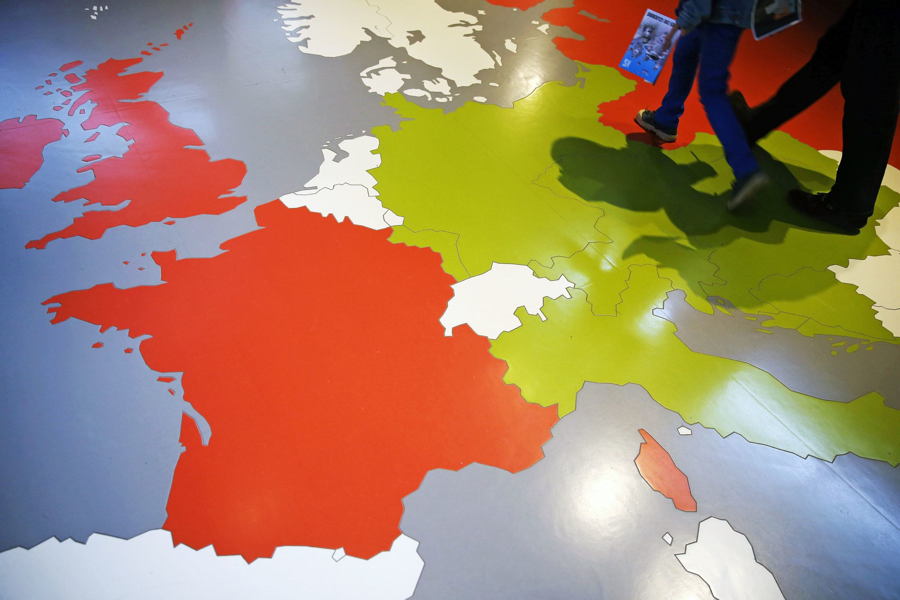 The Paris Statement does not explicitly prescribe the dissolution of the European Union, but every one of its aspirations is incompatible with the “values” and policies of the EU. The subject headings indicate the preoccupations and principles canvassed by the authors: “We are not passive subjects”… “The nation-state is a hallmark of Europe”… “Christian roots nourish Europe”… “We are losing our home”… “A false freedom prevails”… “We are regulated and managed”… “Multiculturalism is unworkable”… “Elites arrogantly parade their virtue”… “We must restore moral culture”… “Markets need to be ordered toward social ends”… “Education needs to be reformed”… “Marriage and family are essential”… Do you get the drift? A Europe we can believe in – Reaction

5.The patrons of the false Europe are bewitched by superstitions of inevitable progress. They believe that History is on their side, and this faith makes them haughty and disdainful, unable to acknowledge the defects in the post-national, post-cultural world they are constructing. Moreover, they are ignorant of the true sources of the humane decencies they themselves hold dear—as do we. They ignore, even repudiate the Christian roots of Europe. At the same time they take great care not to offend Muslims, who they imagine will cheerfully adopt their secular, multicultural outlook. Sunk in prejudice, superstition and ignorance, and blinded by vain, self-congratulating visions of a utopian future, the false Europe reflexively stifles dissent. This is done, of course, in the name of freedom and tolerance.

10. The true Europe affirms the equal dignity of every individual, regardless of sex, rank or race. This also arises from our Christian roots. Our gentle virtues are of an unmistakably Christian heritage: fairness, compassion, mercy, forgiveness, peace-making, charity. Christianity revolutionized the relationship between men and women, valuing love and mutual fidelity in an unprecedented way. The bond of marriage allows both men and women to flourish in communion. Most of the sacrifices we make are for the sake of our spouses and children. This spirit of self-giving is yet another Christian contribution to the Europe we love.Christian roots nourish Europe.11. The true Europe also draws inspiration from the Classical tradition. We recognize ourselves in the literature of ancient Greece and Rome. As Europeans, we strive for greatness, the crown of the Classical virtues. At times, this has led to violent competition for supremacy. But at its best, an aspiration toward excellence inspires the men and women of Europe to craft musical and artistic works of unsurpassed beauty and to make extraordinary breakthroughs in science and technology. The grave virtues of the self-possessed Romans and the pride in civic participation and spirit of philosophical inquiry of the Greeks have never been forgotten in the real Europe. These inheritances, too, are ours.

The Generation of ’68 destroyed but did not build.

15. For Europe’s younger generations, however, reality is far less gilt with gold. Libertine hedonism often leads to boredom and a profound sense of purposelessness. The bond of marriage has weakened. In the roiling sea of sexual liberty, the deep desires of our young people to marry and form families are often frustrated. A liberty that frustrates our heart’s deepest longings becomes a curse. Our societies seem to be falling into individualism, isolation and aimlessness. Instead of freedom, we are condemned to the empty conformity of consumer- and media-driven culture. It is our duty to speak the truth: The Generation of ’68 destroyed but did not build. They created a vacuum now filled by social media, cheap tourism and pornography.

16. At the same time that we hear boasts of unprecedented liberty, European life is more and more comprehensively regulated. Rules—often confected by faceless technocrats in league with powerful interests—govern our work relationships, our business decisions, our educational qualifications, our news and entertainment media. And Europe now seeks to tighten existing regulations on freedom of speech, an aboriginal European freedom—freedom of conscience made manifest. The targets of these restrictions are not obscenity or other assaults on decency in public life. Instead, Europe’s governing classes wish to restrict manifestly political speech. Political leaders who give voice to inconvenient truths about Islam and immigration are hauled before judges. Political correctness enforces strong taboos that deem challenges to the status quo beyond the pale. The false Europe does not really encourage a culture of freedom. It promotes a culture of market-driven homogeneity and politically enforced conformity.

RTWT @ : THE PARIS STATEMENT – A Europe We Can Believe In