Long Read of the Week:Trans Women Are Men And Pretending Otherwise Is Cultural Insanity

By Brandon Smith at alt.market

Let’s get a few points out of the way before anything else is said: There is ZERO scientific evidence to support the notion of gender self identification. There is ZERO scientific evidence to support the claim that gender is merely a social construct. There is more evidence that biology determines gender behaviors and manhood and womanhood are inborn psychological constructs. The vast majority of people develop gender associations directly in line with their biology. Men act like men, women act like women, and these behaviors have been established as biological fact from the beginning of recorded history.

Men and women are biologically different in many respects, even down to how our brains function. Biological sex and gender related behavior are based mostly in nature, not mostly in environment. However, the gender identity religion has deemed these concepts a form of bigotry. The situation has become so unhinged that leftists are now referring to real women as “bleeders” or “people who menstruate,” as if this is the only biological difference between them and trans women.

Regardless of how one is positioned on the topic, if you are honest you have to admit that transgenderism today is a political issue, not a scientific issue. In the past few years we have seen government funded and globalist foundation funded scientists politicized by the gender issue. But, again, they have zero evidence to support their claims that gender is changeable and malleable. Interestingly, they now argue both sides: That gender is purely a social construct, and that gender is biologically linked and hardwired. The two ideas are mutually exclusive, but hey, we’re living in clown world now, so we should just shut up and enjoy the ride…

Are there people out there who feel as though their mental acclimation is not the same as their biological acclimation? Yes, there are exceptions to the rule. In most legitimate cases these people suffer from a mental illness called “gender dysphoria.” It’s a relatively harmless psychological problem (except that it tends to cause depression and suicidal tendencies for the trans person); these people are not a threat to me or to you and their existence in our society is not really our concern, unless, that is, they make it our concern.

For some reason, the authoritarian political left has elevated the transsexual issue to the very top of their oppression Olympics. It’s hard to say why, but they have taken a “group” which represents around 0.4% of the population and determined that they are the pinnacle of the victim totem pole and that the rest of the world needs to walk on egg shells whenever dealing with them.

But let’s look at this situation objectively for a moment, shall we?

The trans community is considered a designated “oppressed minority,” but it’s one that any person can join for any reason. It’s not really a minority group so much as a club, and clubs can become trendy when they are marketed effectively. I don’t have to actually have gender dysphoria to join this club, all I have to do is CLAIM that I identify as trans and, suddenly, I am now part of an oppressed class. The problem is, trans people are not oppressed, at least not in the west.

What the political left deems “oppression” is rather confused and convoluted. In their terminology, oppressing them means not letting them do whatever the hell they please regardless of how destructive their intent. You are victimizing them by not letting them victimize you.

Let’s expand on that in trans terms: If a man claims he is a woman and is trans, that person now has the social power to demand that the rest of us identify him as a woman and use the pronouns he prefers. In other words, if tomorrow I claim I am trans (even though it’s not true) I then have the right to control your speech. And yes, it is absolutely as simple as that according to leftists.

A vivid example of this control dynamic is the reaction to the recently passed Florida Anti-Grooming Bill, which SJWs and the media dishonestly labeled the “Don’t Say Gay Bill.” Here we have a law based in logic and reason which victimizes no one, turned into a circus under accusations of bigotry and discrimination. What does the bill do? It prevents public school teachers from exposing children as young as Kindergarten to discussions on sexuality and gender identity, and requires that they talk to parents about their child’s exposure to any such lessons. In other words, Florida is telling teachers they’re not allowed to propagandize children with their cultist nonsense and groom them into the SJW/trans fold.

Public school teachers are paid by the state and the taxes that parents pay to the state. The teachers work for the parents; the parents are the boss. But leftists don’t see it that way. They say it’s about free speech, and at bottom they they aren’t school employees, they are evangelists for the social justice cause. They are widely against religious ideas being taught in schools, unless it’s their own religion.

The truth is they are zealots. They believe their ideology supersedes all other concerns and that they have the right to mold your children into that ideology without your approval because they believe you are too ignorant to understand the “greater good” that is being done.

The anti-grooming bill was designed to protect young children from sexual indoctrination, and leftists are furious about it. They claim ownership of your children, and the trans agenda is a big part of the molding process that leftist teachers say they have a right to pursue. 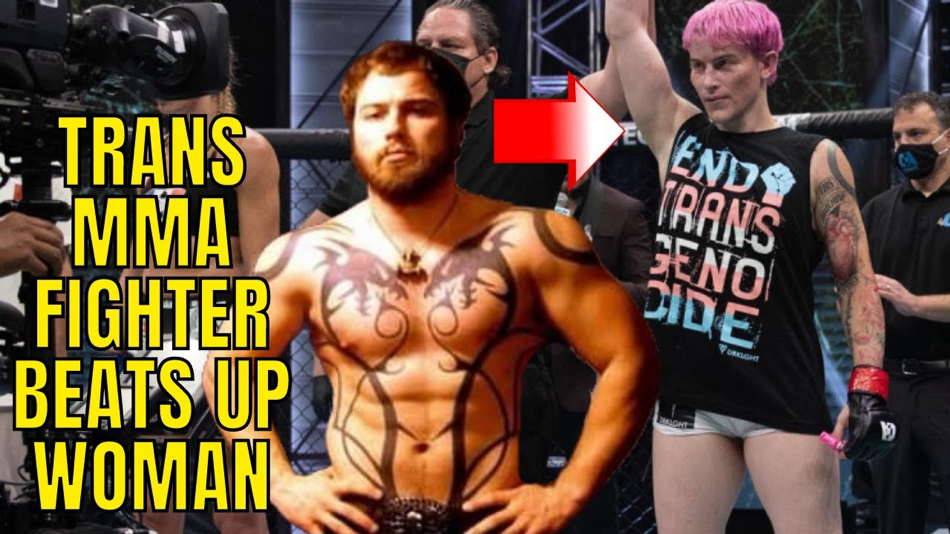 As you can imagine, the temptation for narcissistic and sociopathic miscreants to jump on the trans bandwagon is immense. All they have to do to gain control over the people around them is to join a gender identity group? All they have to do to get special treatment and privileges is proclaim they are discriminated against? For people without conscience this is an exciting new world where their narcissism is applauded and protected.

If people don’t comply, they are “oppressing” the trans individual and are now automatically bigots. Frankly, I will never refer to a trans person according to their preferred pronouns. Why? Because this is a lie. They are not what they claim to be. Their internal fantasies are irrelevant to the facts, and their feelings do not matter where the truth is concerned. There is no such thing as “their truth,” there is only THE TRUTH.

If the issue at hand is gender dysphoria, then we must approach it like any other mental illness. When dealing with a schizophrenic that believes he is Napoleon or Elvis Presley, we don’t demand that the whole of society agrees with him and enables his fantasies and makes laws protecting the validity of his delusions, right? We ignore his fantasies; we don’t adapt our entire culture to his whims. Why are we doing this with trans activists?

Much of what the political left does involves making their problems into your problems, and it’s mostly about control, not equality. They claim they are victims, and therefore they believe they have the right to determine what is oppression and what is bigotry. I ask, who made them the virtue police and how are they actually qualified? Most of these people are so stunted and biased they hardly measure up to the high standards that would be required to pass such objective judgments. Leftists aren’t the most virtuous, they are the most unstable, and yet they are being positioned as the arbiters of our morality.

I focus on trans women specifically in this article because while there are women who pretend they are men, these women generally aren’t trying to invade men’s spaces and take them over. There is something rather predatory and malicious about the trans woman aspect of this movement.

Most of the world is probably now familiar with the bizarre case of Lia Thomas (aka William Thomas), a biological man cosplaying as a woman so that he can compete in the women’s NCAA swimming championships and destroy all the other real women competitors. Leftists argue that keeping Lia Thomas and those like him out of women’s competitions would be oppressive, but is it really? Is acknowledging scientific fact “bigotry?”

The most glaring catalyst for the whole scenario is feminism. It’s ironic that feminists have misrepresented the male-to-female social dynamic for so long that regular women actually began to believe the leftist world view, and now it’s coming back to bite them on the ass. . . .

Next post: Time Out: Between the woods and frozen lake, the darkest evening of the year. . .

Previous post: Noted in Passing: The Demons Inside the Skin Suits Are Beginning to Be Visible