Long Read of the Week: The Weirdest Year 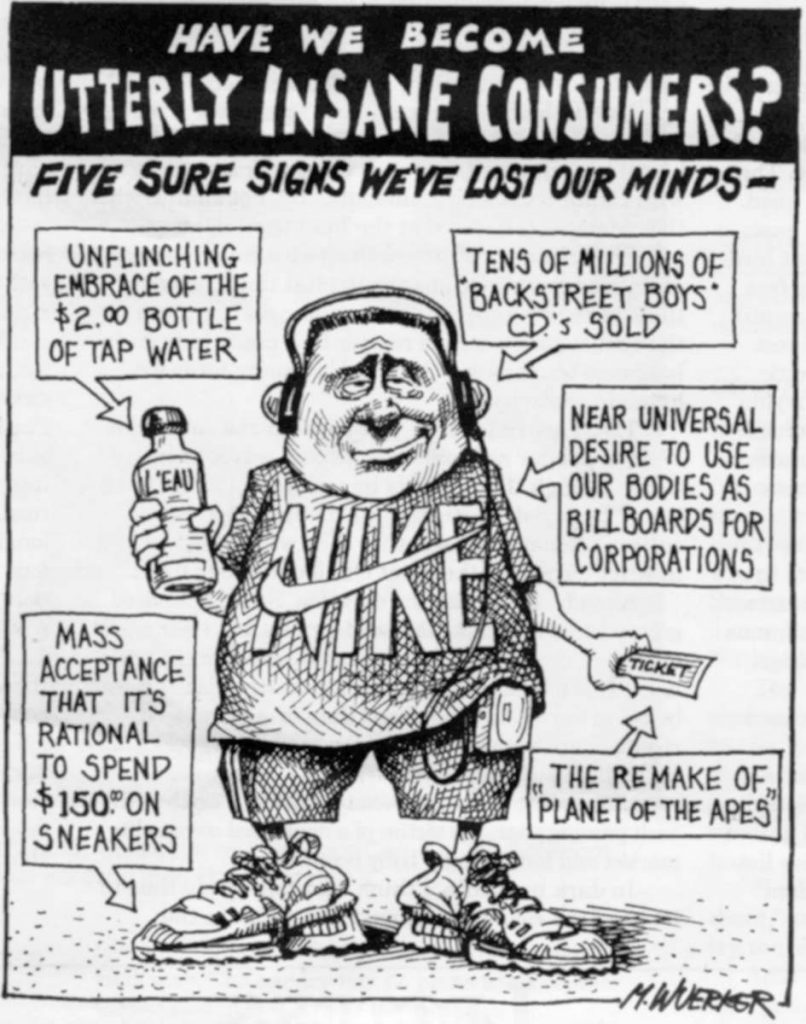 It was certainly the weirdest year. It began with a supremely weird decision by the entire world, except China and Sweden, to tank the global economy.

No one has ever done that before. The only major economic power to grow last year was China whose GDP is up by, I think, about 2.5 percent compared to declines everywhere else, including some actually catastrophic ones, such as 11% in the UK.

This first year of the new weirdness ended with the United States government pretending that its principal threat is a domestic terrorism movement that does not exist.

This is the characterization of the so‑called insurrection on January 6th. We were told two weeks later that there were going to be mass insurrections, not only in Washington but in every state capital. Montpelier, Vermont, for example, the smallest state capital in the Union, went into lockdown. There was no such insurrection at any of these state capitals.

Then they said, “No, there is going to be an insurrection on March 4th,” because that was Benjamin Harrison’s Inauguration Day back in the old days and people apparently attach such great significance to that, that there was going to be a mass insurrection. There was no such thing on March 4th. Now, we are told it will be March 20th.

They are far more open than ever that they get to determine what are the agreed facts. Google made an explicit announcement about this recently. They said that sometimes they would put warnings on things that are factually accurate because, even though they are true, they do not think it is in society’s interest for people to be seeing it.

When you talk about freedom of expression, for most people, that is an abstract concept that does not have much practical bearing on their lives.

People do not think of it as a first‑order issue for their own lives because, unless you happen to have accidentally insulted a fire‑breathing imam who is determined to get his revenge or a particularly robust transgender activist who takes action against you, these are not issues that affect most people.

The big change over the last year is that these issues are no longer abstractions. Everyone in the Western world has had some familiarity with the core meaning of Western liberties, whether you are talking about freedom of speech, freedom of movement, freedom of association, freedom of religion, they have all become very real, even for people living the most quiet and uncontroversial lives. We have states, a few weeks ago issuing orders on who you were allowed to spend Christmas or July 4th with.

The ability to go to your church, the ability to open your hairdressing salon, the ability to go and get a cheeseburger at your local diner, all these abstract intellectual philosophical issues are now absolutely real for most people around the Western world. Yet, there has been very little pushback against it.

Even in America, I’ve always loved that American word ornery, which doesn’t really exist in Britannic English because Canadians aren’t ornery and New Zealanders aren’t ornery. Americans are ornery. I was a little surprised at the way — including the best-known American states on the planet, New York and California — basically accepted what was happening with this new regime.

There was a famous remark, I like to quote, by Lord Moulton, an English judge. He also had, during the World War I, what may be my all‑time favorite job title. He was director general of the explosives department — an enviable job title.

Lord Moulton said that what matters in any healthy society are not the small number of things that one is obliged to do, or, at the other end of the spectrum, the small number of things that one is not permitted to do, but the big chunk in the middle. It is not a question of whether you have to do it, or you are forbidden to do it, but whether we decide for ourselves about those aspects of our lives through what he called the realm of manners. By his estimation, about 80 percent of life should be within the realm of manners rather than within the realm of law.

Now everything is law: How far you have to stand away from people. The realm of manners, in Lord Moulton’s phrase — choice — has shrunk to nothing.

Everything now, is regulated by the state from above. We are now seeing, for example, influential voices. “The Guardian” newspaper in the UK for example, said the other day that whatever happens to the pandemic, and the COVID, and all the rest of us, they would like us to go into lockdown once every two years. It would supposedly be good for climate change. You do not see this in America, but you quite a lot on overseas news reports. BBC, in the early days of the pandemic, was doing all these encouraging reports on how Ireland where it is illegal for you to go more than three miles from your home….

Next post: Meanwhile, out in the real America, decent Americans are working at their jobs…