Long Read of the Week: The Gulag Archipelago — A New Foreword by Jordan B. Peterson

“If there was any excuse to be a Marxist in 1917 (and both Dostoevsky and Nietzsche prophesied well before then that there would be hell to pay for that doctrine) there is absolutely and finally no excuse now. “

First, you defend your homeland against the Nazis, serving as a twice-decorated soldier on the Eastern front in the criminally ill- prepared Soviet Red Army. Then, you’re arrested, humiliated, stripped of your military rank, charged under the auspices of the all-purpose Article 58 with the dissemination of “anti-Soviet propaganda,” and dragged off to Moscow’s infamous Lubyanka prison. There, through the 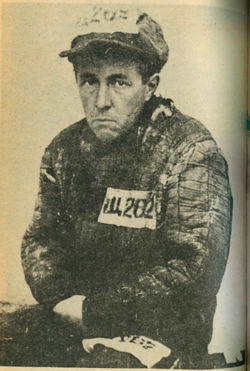 bars of your cell, you watch your beloved country celebrating its victory in the Great Patriotic War. Then you’re sentenced, in absentia, to eight years of hard labor (but you got away easy; it wasn’t so long afterward that people in your position were awarded a “tenner”—and then a quarter of a century!). And fate isn’t finished with you, yet—not by any means. You develop a deadly cancer in the camp, endure the exile imposed on you after your imprisonment ends, and pass very close to death

Despite all this, you hold your head high. You refuse to turn against man or God, although you have every reason to do so. You write, instead, secretly, at night, documenting your terrible experiences. You craft a personal memoir—a single day in the labor camps—and, miracle of miracles! The clouds part! The sun shines through! Your book is published, and in your own country!

It meets with unparalleled acclaim, nationally and internationally. But the sky darkens, once again, and the sun disappears. The repression returns. You become (once again) a “non-person.” The secret police—the dreaded KGB—seize the manuscript of your next book. It sees the light of day, nonetheless; but only in the West. There, your reputation grows beyond the wildest of imaginings. The Nobel Committee itself bestows upon you its highest literary honor.

The Soviet authorities, stripped of their camouflage, are enraged. They order the secret police to poison you. You pass (once again) near death. But you continue to write: driven, solitary, intolerably inspired. 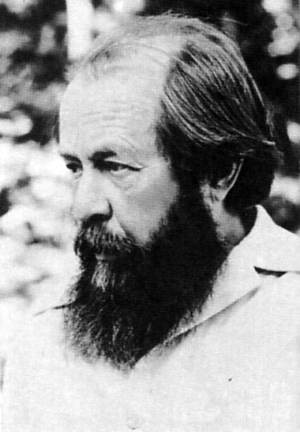 Your Gulag Archipelago documents the absolute and utter corruption of the dogmas and doctrines of your state, your empire, your leaders—and yourself. And then: that is printed, too! Not in your own country, but in the West—once again—from copies oh-so-dangerously hidden, and smuggled across the borders. And your great book bursts with unparalleled and dreadful force into the still-naïve and unexpecting literary and intellectual world. You are expelled from the Soviet Union, stripped of your citizenship, forced to take residency in a society both strange to you and resistant, in its own way, to your prophetic words. But the power of your stories and the strength of your morals demolish any remaining claims to ethical and philosophical credibility still made by the defenders of the collectivist system that gave rise to all that you witnessed.

Years pass (but not so many, from the perspective of history). Then? Another miracle! The Soviet Union collapses! You return home. Your citizenship is restored. You write and speak in your reclaimed homeland until death claims you, in 2008. A year later The Gulag Archipelago is deemed mandatory reading by those responsible for establishing the national school curriculum of your home country. Your impossible victory is complete…   – RTWT AT Quillette 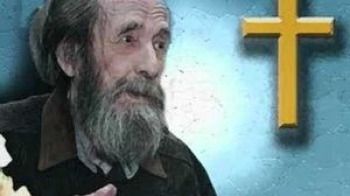 Live with a steady superiority over life—don’t be afraid of misfortune, and do not yearn after happiness; it is, after all, all the same: the bitter doesn’t last forever, and the sweet never fills the cup to overflowing. It is enough if you don’t freeze in the cold and if thirst and hunger don’t claw at your insides. If your back isn’t broken, if your feet can walk, if both arms can bend, if both eyes see, and if both ears hear, then whom should you envy? And why? Our envy of others devours us most of all. Rub your eyes and purify your heart—and prize above all else in the world those who love you and who wish you well. — The Gulag Archipelago, vol. I