Long Read of the Week (So Far): Devouring the Heart of Portugal 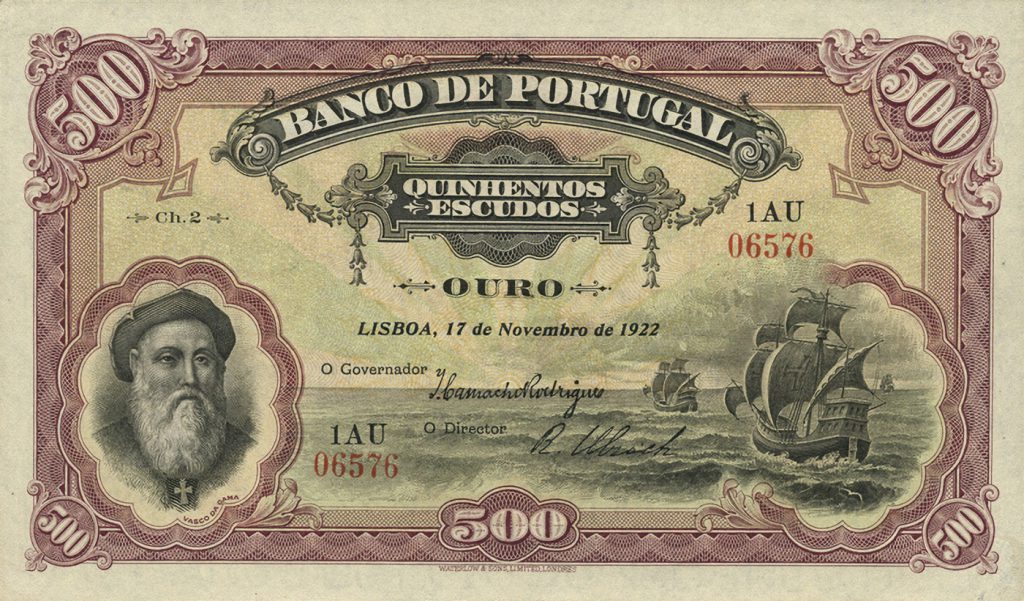 In 1924 a bankrupt businessman in Portugal launched an audacious international scheme to become one of the wealthiest men in the world.
Written by Alan Bellows • May 2022

He was a bankrupt yet ambitious Portuguese businessman named Artur Virgílio Alves Reis. He was born in Lisbon in 1896, raised in borderline poverty due to his fatherâs poor investments. After graduating from secondary school, young Alves Reis attempted a course in engineering, but dropped out after just one year. In 1916, shortly after Portugal joined the Allies in the Great War, 20-year-old Alves Reis and his new wife Maria fled to the Portuguese colony of Angola on the west coast of Southern Africa.

Angola was not a very comfortable place to raise a family; it was a beautiful land of tropical beaches, sparkling rivers, and Sub-Saharan desert, but the African territory was impoverished due to plunder and neglect by faraway overlords. The Portuguese had used the land as a slave colony as early as the 1500s, but when Alves Reis arrived in 1916, human trafficking was gradually being replaced by exports of coffee, cotton, and tobacco.

Young Alves Reis was handsome, creative, and ambitious⁠⁠—and he could charm the spines off an Angolan girdled lizard. When he learned that Angola needed qualified engineers to help build its new agricultural infrastructure, he used a friend’s college degree as a template to forge a bachelor’s degree in his own name. Printed on fine bond paper, it stated that he had graduated from Oxford University’s Polytechnic School of Engineering, listing specialties in a huge range of disciplines, including geology, physics, electrical engineering, civil engineering, and mathematics. He adorned it with official-looking seals and forged signatures. He then carried the fabrication to the very pinnacle of legitimacy-lending institutions: The local notary. This particular notary was not as rigorous as some, and Alves Reis seemed like an upstanding gentleman. So the public official helpfully stamped and signed the document, thereby certifying its authenticity⁠⁠—nevermind that Oxford University had no “Polytechnic School of Engineering”.

With these manufactured credentials and his superhuman charm, Alves Reis soon secured a high ranking position in the Angolan capital Luanda, overseeing plans for buildings and sewers for the Department of Public Works. This desk job proved rather tedious, so he used his mala fides to secure an additional part-time job as a supervising engineer at a railroad repair shop. He quickly earned the respect of his fellow railroad workers⁠⁠—unlike other supervisors, who kept their distance from the greasy and sooty railroad engines, he was willing to get his hands dirty in the railyard, climbing around to help diagnose mechanical problems. Despite his lack of formal training, he demonstrated a surprising proficiency for troubleshooting the hulking machines. 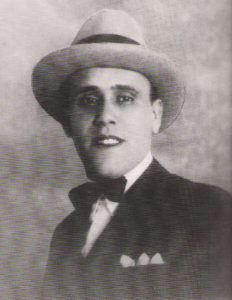 By 1922, after the war was over, he was ready to return to the comforts of Portugal with his wife, two young sons, and a small fortune. The unit of currency in Portugal and Angola at the time was the escudo, and Alves Reis had amassed more than 600,000 escudos (worth roughly $500,000 adjusted for US dollars in 2022). In preparation for his return to Lisbon, he moved his funds to Portuguese banks. This retreat was timely⁠⁠—within the year Portugal declared the Angolan escudo to be a separate currency managed by a separate central bank. Severed from the stability of the Bank of Portugal, Angola sunk into further economic despair as its castaway currency went into hyperinflation.

•     •     •
Alves Reis calculated the number of shares he would need to obtain to gain controlling interest in Ambaca: about 800,000 escudos’ worth. So he started writing checks. He didn’t have the cash reserves to cover these checks, but he had something better: a checking account at National City Bank in New York. A check from a New York bank had a certain air of legitimacy, which was helpful. More importantly, the physical paper checks would have to be placed on a ship in Lisbon and carried all the way across the ocean to New York City and delivered to a bank branch before any attempt would be made to actually draw the funds from the account. In the meantime, Alves Reis used the checks to secure controlling shares of Ambaca, which gave him custody of the company account. He then sent the required funds to his National City Bank account by wire transfer, all while the paper checks were still bobbing across the Atlantic.
•     •     •
On a late autumn evening in 1924, working from his small personal office in Lisbon, 28-year-old Artur Alves Reis sat down at his desk, lit a cigarette, and rolled a sheet of papel sellado into his trusty L. C. Smith typewriter. Papel sellado, or “sealed paper,” was special government-mandated stationery bearing the seal of Portugal. It was expensive, but available for purchase at any licensed stationery store. It was required for contracts, wills, deeds, and similar paperwork. Its purchase price was a way for the government to tax legal transactions, and any document printed on it automatically looked very official. Alves Reis typed a four-page contract which claimed to be from the Bank of Portugal, authorizing a Dutch-Portuguese syndicate to arrange for the printing of new banknotes to stimulate Angola’s economy. He had calculated that 200 million escudos (roughly $152 million USD adjusted) was the maximum amount that could be slipped into the Portuguese economy without raising regulatory eyebrows, so that was precisely the amount of escudos the contract permitted.
•     •     •
He handed back the contract and informed Marang that his firm would not be able to print these banknotes. Not these exact banknotes, that is. Waterlow & Sons had printed 500-escudo notes in the past, he explained, but they were from the “explorer” series, a design featuring Portuguese explorer Vasco da Gama. The note in the contract was from a “poet” series honoring famous Portuguese poets. Sir William summoned an explorer specimen, and Marang inspected it with approval. The good news was that this Vasco da Gama design was still in circulation, so it was trivial to change the contract to the alternate banknote. The bad news was that Waterlow’s had never printed any 1,000-escudo notes for Portugal, so they lacked the plates to fulfill that part of the contract. But that was something they could sort out in the future. The contract allowed for up to 200,000 notes of the 500 denomination⁠⁠—100 million escudos. That would make for a fine start.
•     •     •
On 10 February 1925, Karel Marang sat in his luxurious room at the London Ritz Hotel, waiting for his delivery to arrive. He had stretched his finances thin on this enterprise, including tens of thousands of escudos going to Alves Reis for imaginary bribes to bank directors. But now the venture had almost reached fruition, and Marang looked forward to a huge return on his investment, as well as the satisfaction of doing some good for Angola. There was a knock at the door, and Marang opened it to greet the bellman. The bellman wheeled in a cart weighed down with an oversized leather valise about the size of a treasure chest, weighing roughly 100 lbs (45 kg). Unbeknownst to the bellman, the valise contained 20,000 freshly printed banknotes⁠⁠—10 million escudos in value (roughly $7.6 million adjusted). And this was a mere fraction of the whole order; the rest would be ready in two weeks’ time. Paying for the entire print run had cost 1,500 pounds sterling (equivalent to about $120,000 USD in 2022). For the syndicate, this would be a return on investment of over 6,000 percent. History did not record whether Marang tipped the bellman. . . .

RTWT AT Devouring the Heart of Portugal • Damn Interesting