Long Read of the Week: Our Revolution’s Logic by Angelo Codevilla 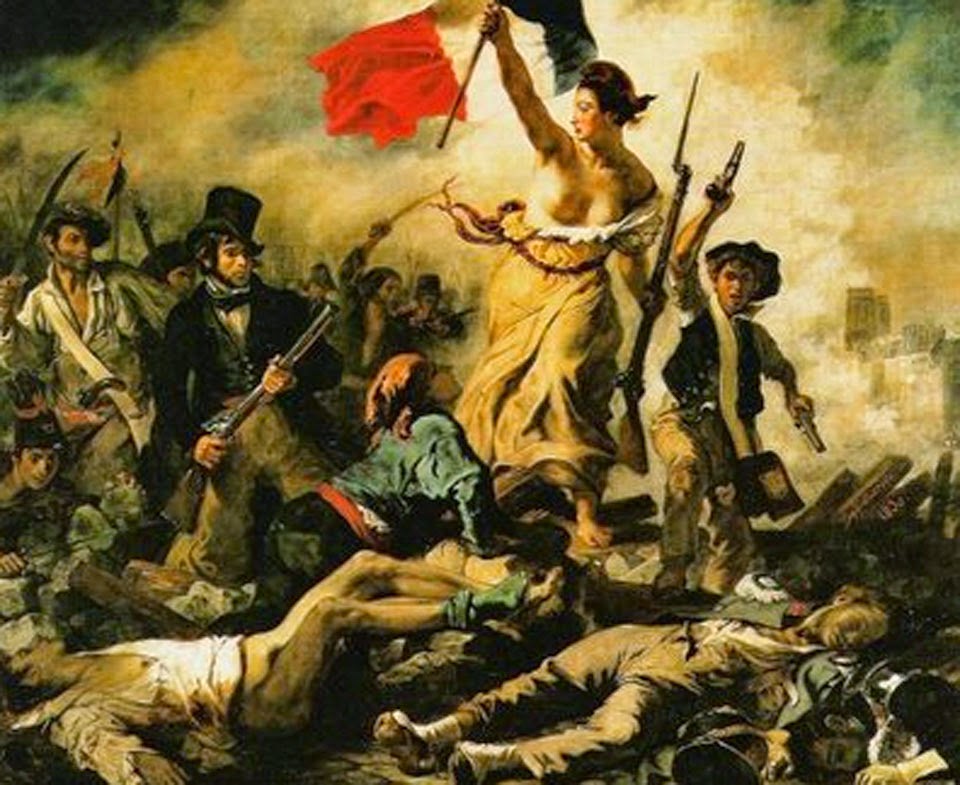 In 2010, Claremont Institute Senior Fellow Angelo Codevilla reintroduced the notion of “the ruling class” back into American popular discourse. In 2017, he described contemporary American politics as a “cold civil war.” Now he applies the “logic of revolution” to our current political scene.

“In 2018 our ruling class, in unison, set out to destroy all but the biological life of a political adversary. It substituted vehement assertion for truth, cast aside argument, foreclosed questions, celebrated its own deed and vowed to persist in it. “

The primary objective of any people who find themselves in the throes of a revolution is to find ways of diverting its logic from its worst conclusions.

Prior to the 2016 election, I explained how America had already “stepped over the threshold of a revolution,” that it was “difficult to imagine how we might step back, and futile to speculate how it might end.” Regardless of who won the election, its sentiments’ growing “volume and intensity” would empower politicians on all sides sure to make us nostalgic for Donald Trump’s and Hilary Clinton’s moderation. Having begun, this revolution would follow its own logic.

What follows dissects that logic. It has unfolded faster than foreseen. Its sentiments’ spiraling volume and intensity have eliminated any possibility of “stepping back.”

The Democratic Party and the millions it represents having refused to accept 2016’s results; having used their positions of power in government and society to prevent the winners from exercising the powers earned by election; declaring in vehement words and violent deeds the illegitimacy, morbidity, even criminality, of persons and ideas contrary to themselves; bet that this “resistance” would so energize their constituencies, and so depress their opponents’, that subsequent elections would prove 2016 to have been an anomaly and further confirm their primacy in America. The 2018 Congressional elections are that strategy’s first major test.

Regardless of these elections’ outcome, however, this “resistance” has strengthened and accelerated the existing revolutionary spiral. We begin with a primer on such spirals, on the logic of mutual hate that drives them, and on their consequences; move to a general description of our evolution’s driving logic, describe the 2016 elections as the revolutionary spiral’s first turn and the “resistance” thereto as the second. Then we examine how the “resistance” affects the other side, and how this logic might drive our revolution’s subsequent turns.

The Cycle and Us

Corcyra’s revolution in 427 BC, the fifth year of the Peloponnesian War, is a paradigm of revolutionary logic. Thucydides tells us that the citizens’ divisions had been of the garden-variety economic kind. Its Assembly had taken an ordinary vote on an ordinary measure. But the vote’s losers, refusing to accept political defeat, brought criminal charges against their opponents’ leader. By thus criminalizing differences over public policy, by using political power to hurt their opponents, they gave the revolutionary spiral its first turn. The spiral might have stopped when the accused was acquitted. But, he, instead of letting bygones be bygones, convinced the assembly to find those who had brought the charges. After all, they had to be taught not to do such things again. The assembly approved the fine. But the second use of political power to hurt opponents gave the revolutionary spiral its second turn. Had the original wrongdoers paid up, the problem might have ended right there. Instead, outraged, they gave it the third push, bursting into the Assembly and murdering him. That ended all private haven from political strife. Civil war spiraled into mutual destruction until the city was well-nigh depopulated.

Thus does Thucydides’ account of how revolutionary logic manifests itself in personal behavior echo through the ages—an account that strikes Americans in October, 2018 as all too familiar: “men too often take upon themselves in the prosecution of their revenge to set the example of doing away with those general laws to which all alike can look for salvation in adversity, instead of allowing them to subsist against the day of danger when their aid may be required.”

“The revolutionary import of the ruling class’ abandonment of moral and legal restraint in its effort to reverse election results cannot be exaggerated.”

The more freely to harm enemies, “words had to change their ordinary meaning and to take that which was now given them.” “Reckless audacity came to be considered the courage of a loyal ally; prudent hesitation, specious cowardice; moderation was held to be a cloak for unmanliness; ability to see all sides of a question, inaptness to act on any. Frantic violence became the attribute of manliness; cautious plotting, a justifiable means of self-defense. The advocate of extreme measures was always trustworthy; his opponent a man to be suspected … even blood became a weaker tie than party …. The fair proposals of an adversary were met with jealous precautions by the stronger of the two, and not with a generous confidence … when opportunity offered, he who first ventured to seize it and to take his enemy off his guard, thought this perfidious vengeance sweeter than an open one…success by treachery won him the palm of superior intelligence.”

How near we are to all that, and how far from once-great America!