LONG READ OF THE WEEK: Michael Yon writes his dispatch, “Veterans Day, 2020 – In front of the White House: Washington, D.C.” 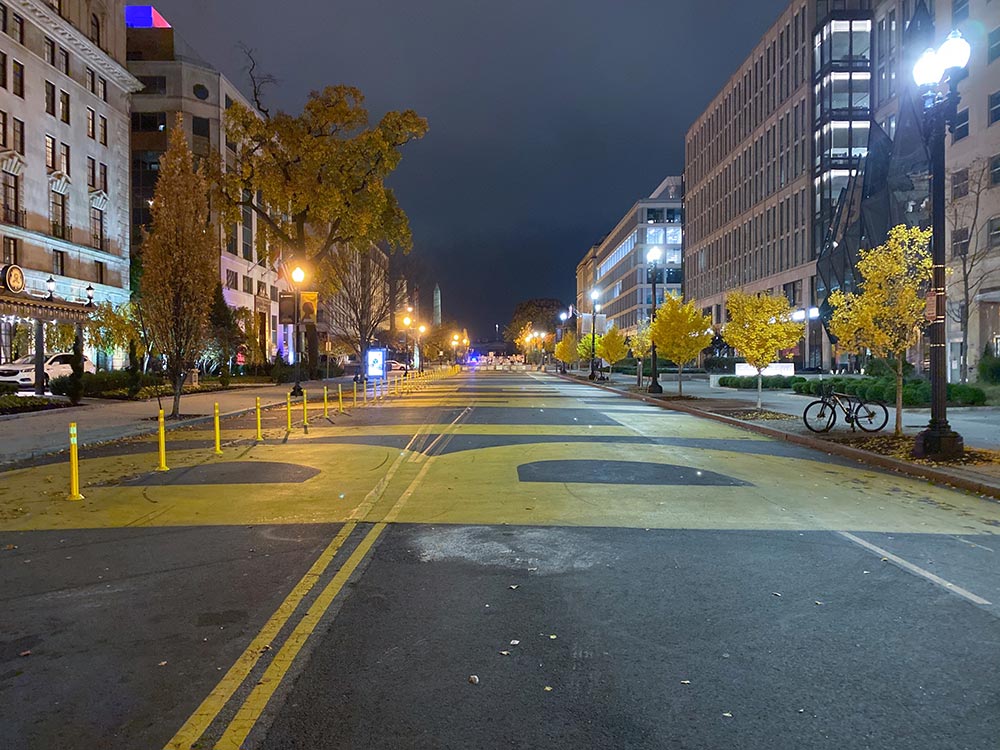 “We are so close to civil war that I can smell the gun oil.”

My apology up front: this is a NO EDIT STREAM OF CONCIOUSNESS – am very busy here:

Black Lives Matter has defaced the road with gang markings in front of the White House. I am right here right now but about 50 meters away from that top photo.

Buildings around Washington, D.C., Philadelphia, Portland, and many other cities are pasted with “BLACK LIVES MATTER.” Businesses are boarded up to ward off the Flat Screen Rioters (FSRs) encouraged by team-Biden.

Some readers will say, “But Michael! You’re getting political!” Reality check: Osama bin Laden made the attacks on America for religiopolitical reasons. Historical fact. Politics to war.

It is also historical fact that I stood at 0430 this morning in front of the White House on “Black Lives Matter Plaza,” so-named this year, officially. And scrawled the graffiti of racial superiority and violence down the road.

They have murdered people and caused billions of dollars in losses due to theft, arson, and loss of business. Just here last week numerous people were stabbed and beaten. Right here. In front of the White House. 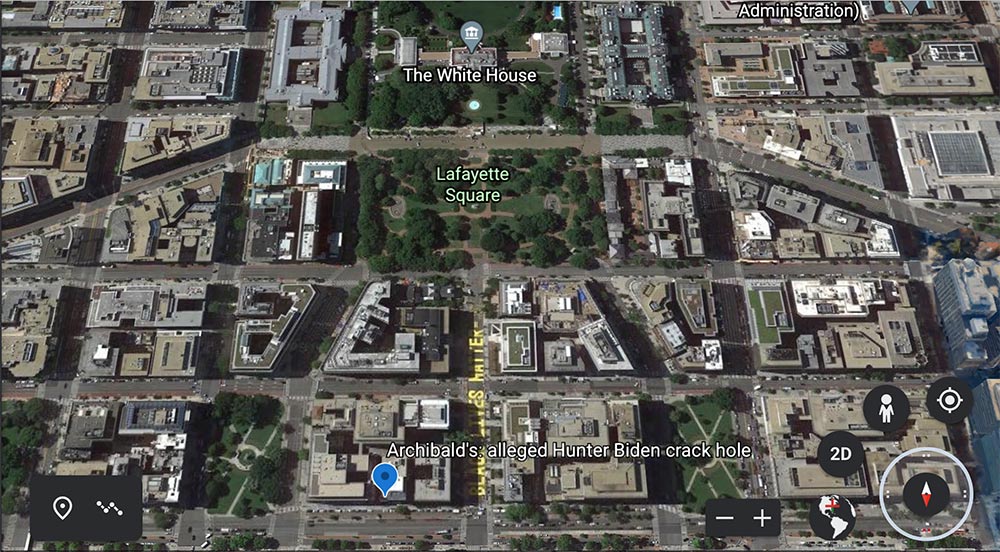 When terrorist groups did this in Iraq, do you know what we did? We hunted them down. I was there as witness. General Petraeus warned not to fly sectarian or other flags, or else.

And do you know what we did in Iraq and Afghanistan when people interfered with elections? I was there for both. We shot them.

Do you know what we did when we caught terrorists fighting in the streets? We shot them. With rifles. With helicopters. With A-10s. With Hellfire missiles.

And you see why people like me are ready to leave Afghanistan and not get involved in Syria. If we cannot run a simple election in United States, we have no business installing our operating system abroad. President Trump is right. Get us out. Fix our own house….

We’ve got a guy with dementia and his crack-addict son — who clearly have sold out to foreign powers. A crackpot and a crack addict are a crack-pipe away from the White House, after an obviously fraudulent election.

We are so close to civil war that I can smell the gun oil. Ammunition is flying off the shelves by the billions of rounds. First-time gun owners have stripped the shelves. Anti-second amendment people have armed-up and some say explicitly this is to kill people like me who believe in the 1st and 2nd Amendments, and the Constitution in total. Supporting the Constitution is now seen as radical….

Archibald’s girlie club is 85 meters from the spot I made the photos above this morning. This is the joint in which Hunter Biden is accused of smoking crack, and having picked up and impregnated a woman who seeks child support while Hunter lives large on money apparently from foreign sources splashed up his nose possibly to gain access to the White House, just a short stroll down Black Lives Matter into the White House.

China floods our streets with fentanyl and virus. Biden has facilitated this for years as China sucks our manufacturing jobs into their hands that they then use to make weapons to defeat our Navy. They’ve already taken Hong Kong. Limbering up for Japan. Don’t believe me? How often have I been wrong on such matters? I hit like Babe Ruth because I study like Rain Man.

Next post: How to open packaged scissors with no scissors