Long Read of the Week: Inside the Twisted Ravelry Controversy 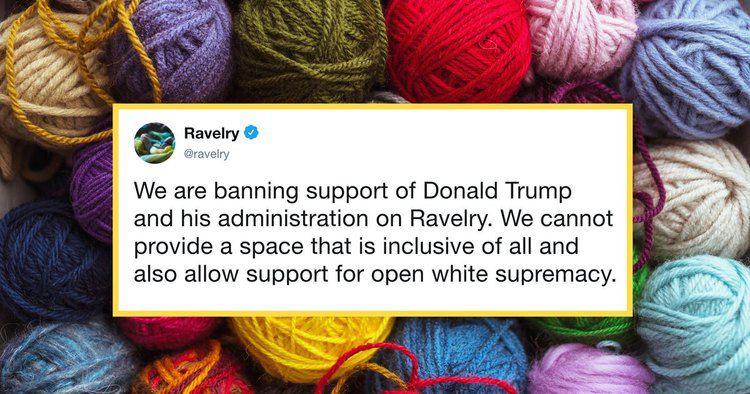 A couple of weeks ago a large, large site devoted to knitting and made through the contributions and funding of its readers decided to essentially deperson and deplatform any member who was in favor of Trump. How the site came about and what its “owners” did in their twisted minds is covered brilliantly in — Inside the Twisted Ravelry Controversy |

Without civil society, we careen toward chaos, anarchy, and bloodshed, which wait, just below the surface, for our dedication to the civilization we inherited to slip. Consider how quickly doctors and nurses, confronted with Hurricane Katrina, started talking about euthanasia. Consider Gary Slutkin’s research that shows that violence is a contagion that can be amped up or tamped down with something as simple as human speech.

The rules of civil society are being rewritten. Facebook, Twitter, YouTube, mainstream media, academia, and now Ravelry are redefining community. The Ravelry controversy represents the wider society in microcosm. Even folks who don’t knit should care about the decision of Casey Forbes, Ravelry’s founder and owner.

An article published in 2008, a year after its founding, reported that “Ravelry is an online community for knitters, crocheters, spinners, dyers, weavers, pattern designers, and all other manner of fiber artists … It is a personal organization tool, a yarn and pattern database, and an online community … Ravelry is the single greatest thing to happen to yarnies since the invention of the spinning wheel … It is just that awesome.” Ravelry claims to have eight million users.

On Sunday, June 23, 2019, Casey Forbes, Ravelry’s developer, owner, and administrator, released a statement forbidding users to post in support of Donald Trump. Further, Forbes equated support for Trump with white supremacy. “We cannot provide a space that is inclusive of all and also allow support for open white supremacy. Support of the Trump administration is undeniably support for white supremacy … Note that support of President Trump or his administration … all constitute hate speech.” Forbes’ announcement hit national media. Stephen Colbert, oozing smug, oily, self-satisfied superiority, unquestioningly accepted and gave national attention to the demonization of all Trump voters as white supremacists.

If he had taken time to investigate, Colbert would have discovered that Ravelry’s members have published allegations that Forbes has allowed discussions of violence against Sarah Palin, and allowed projects that involved caricatures of Donald Trump as a voodoo-doll-like pincushion or toilet paper cover, and a Jeremy Corbyn Christmas tree topper. Note that Jeremy Corbyn is a notorious anti-Semite, and a project celebrating an anti-Semite is, again, allegedly, permitted. One YouTube video alleges that Forbes exposed the identity of a Ravelry member who wanted to remain anonymous. Another YouTube video alleges that an eleven-year-old atheist knitter group on Ravelry includes “vicious” anti-Christian material. One post in that group was a picture of a Bible with the caption, “The Good News Is Jesus Dies on Page 681” with a laughing emoji. I was told that Forbes permitted an avatar of Kathy Griffin holding a realistic replica of Donald Trump’s severed head, and that Forbes rejected an avatar of Betsy Ross. I was also told that Forbes was banning some Christian-themed needlework projects. I have no idea if these allegations are true – Ravelry is not accepting new members. I did see a screencap of a particularly ugly caricature of Donald Trump that was allegedly allowed on Ravelry.

If Forbes’ purge of politically incorrect knitters were made into a movie, would it be a horror movie, or a comedy? Both frightening and slapstick elements combine in this ridiculous nightmare.

In attempting to understand this bizarre story, I read hundreds of internet posts, and watched many YouTube videos, by those who support, and who reject, Forbes’ new policy. I joined two Facebook groups, one of former Ravelry members who did not support Forbes’ new anti-Trump-voter policy, and one of Ravelry members who do support the anti-Trump-voter policy. In the group that rejects Forbes’ policy, in my first post, I plainly identified myself as someone who is not a Trump fan….

MUCH MORE AT Inside the Twisted Ravelry Controversy | 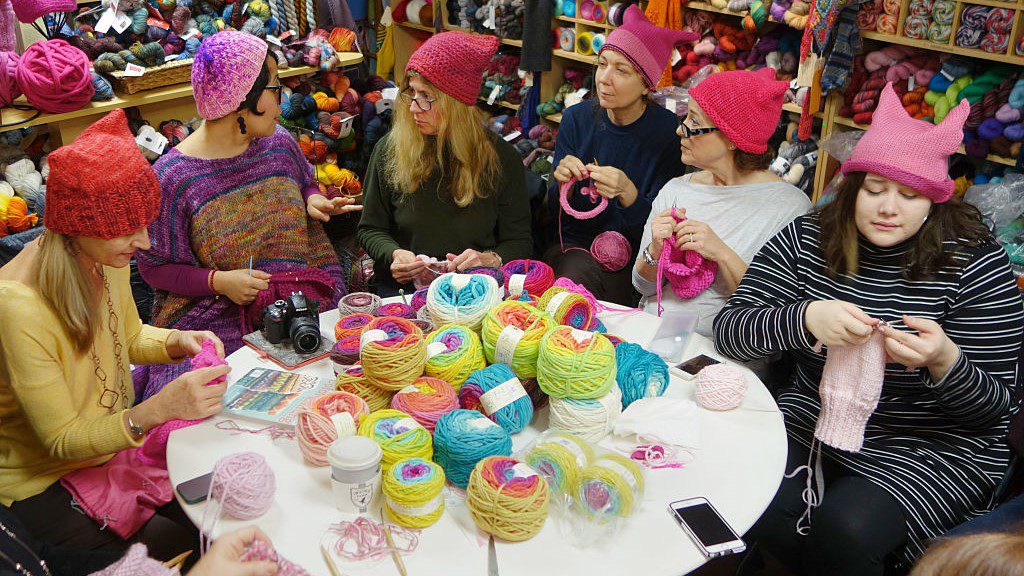 Next post: Boomer Anthems: C.W. McCall – Convoy “Callin’ all trucks This here’s the Duck We about to go a huntin’ bear”