Long Read of the Day: Who Can Count the Dust of Jacob? by Daniel Greenfield 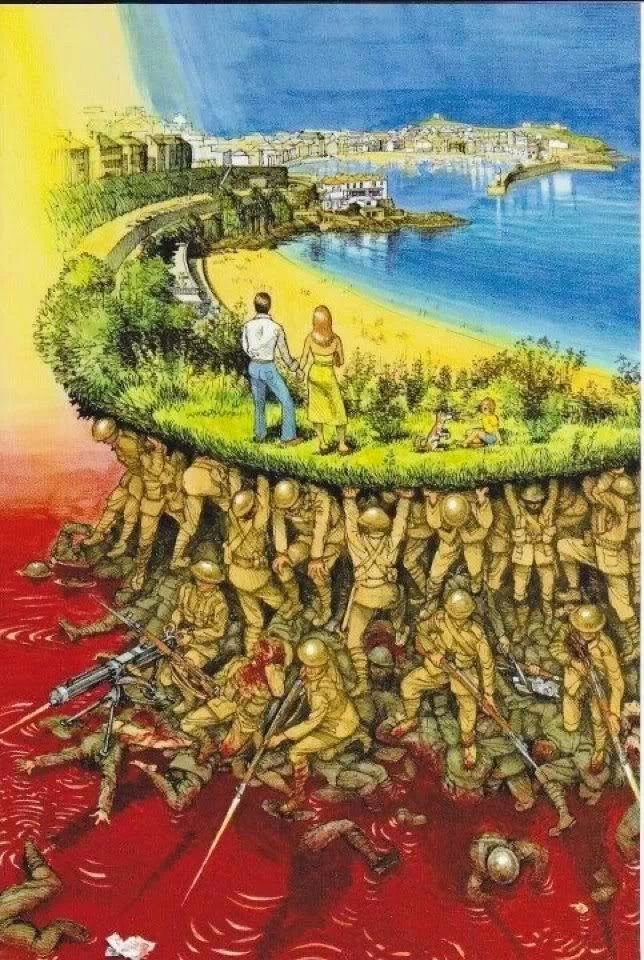 Who can count the dust of Jacob, and the number of the fourth part of Israel? Let me die the death of the righteous, and let my last end be like his! Numbers 23:10

“Take a stray path in these hills and you may find a grinning terrorist with a knife, or the young David pitting his slingshot against a lion or bear. This way the Maccabees rush ahead against the armies of a slave empire and this way a helicopter passes low overhead on the way to Gaza. Time is a fluid thing here. And what you remember; you shall find.

“The soldier is not so sacred as he once was. The journalist and the judge have taken his place. The actors sneer from their theaters. The politicians gobble their free food and babble of peace. Musicians sing shrilly of flowers in gun barrels and doves everywhere. But the soldier still stands where he must. The borders have shrunk. The old victories have been exchanged for diplomatic defeats. From the old strongholds come missiles and rockets. And children hide in bomb shelters waiting for the worst to pass. This is the doing of the journalist and the judge, the politician and the actor, the lions of literature who send autographed copies of their books to imprisoned terrorists and the grandchildren of great men who hire themselves on in service to the enemy.

“The man who serves is still sacred, but the temple of duty is desecrated more and more each year. Leftist academics dismiss the heroes of the past as myths or murderers. Their wives dress in black and harass soldiers at checkpoints, their children wrap their faces in Keffiyas and throw stones at them. Draft dodging, once a black mark of shame, has become a mark of pride among the left…..

RTWT AT Sultan Knish: Who Can Count the Dust of Jacob

Previous post: “One Eye Is Taken for an Eye”: A Bad Moon Is On the Rise Over Blood River