Long Read of the Day: SJWs Always Double Down 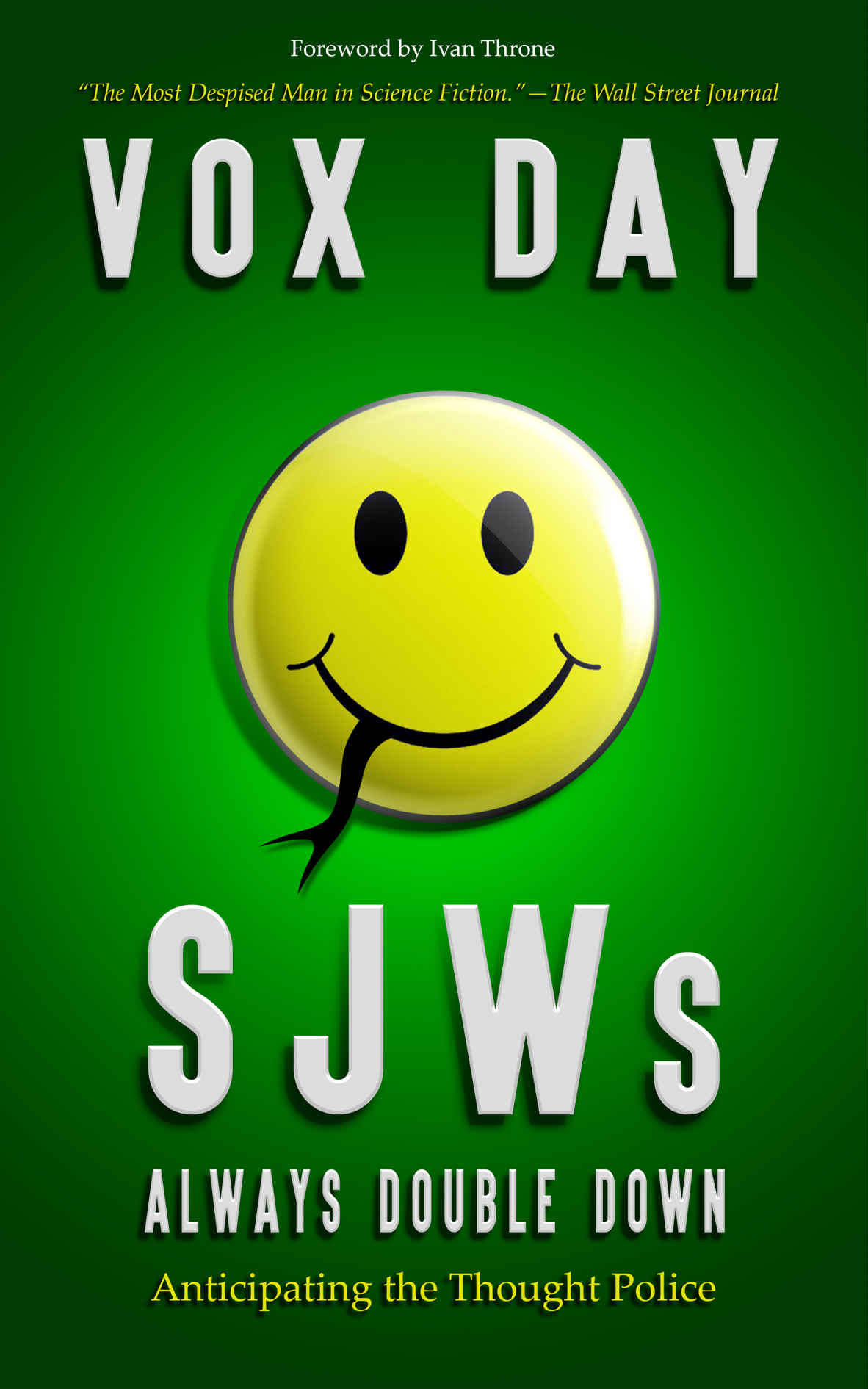 “What is Social Justice? Social Justice is the equal distribution of resources and opportunities, in which outside factors that categorize people are irrelevant.”
—Pachamama Alliance

At last, your long ordeal at the hands of the corporate inquisition is finally over. After six months of being interrogated by suspicious HR managers, defending yourself against false accusations, clarifying all the intentional misunderstandings and mischaracterizations, explaining away the ridiculous exaggerations, and enduring the cold shoulder from half the employees in your office, your boss has assured you that everything is good and you are in the clear. You’re grateful, of course, since he’s been staunchly in your corner since the first time HR descended on you like a thunderbolt for your alleged sins against diversity and inclusion. In the end, it turned out that it was all the consequence of a Dilbert cartoon taped on the inside of your door, to which one of the women in the office took offense; at least, that was the only tangible offense that remained after the six-month investigation failed to turn up any evidence of all the other crimes of which you were accused.

“I really appreciate the way you went to bat for me,” you tell your boss. And you’re truly grateful to him. When everyone else looked the other way, happy that the wolves weren’t out to devour them, your boss didn’t hesitate to tell his superiors that all the rumors were ridiculous, even going so far as to provide a vice-president with your travel itinerary and proving that you were in Canada visiting customers on the day you supposedly lingered at the entrance of your nameless accuser’s cubicle too long and made her feel uncomfortable. You’re pretty sure that if it wasn’t for him, you’d be out in the street looking for a new job already.

“Hey, you’re a valuable member of the team,” he assures you. “I’d hate to lose you, especially over some crazy nonsense like this. All you have to do is attend a one-day diversity class, and you can put this whole thing behind you.”

“Why do I have to take the class now since they know I didn’t do any of that stuff?”

He spreads his hands and shrugs. “You know how it is. Sure, everyone knows you’re in the clear, but this lets the CEO assure everyone that we take racism and sexism and homophobia and all that very seriously, and keeps the directors off his back. I mean, the official story is that it’s all just a big misunderstanding, right, so they’re having you take this class to make sure there aren’t any more misunderstandings in the future.”

“But there wasn’t any misunderstanding. It was all just a pack of outright lies!”

He winces. “Hey, I know that, and you know that. Hell, everyone in the executive suite knows that. But they can’t come right out and say it either, can they?”

“Because if they did, they’d have to fire the woman who brought the accusations against you, and nobody wants that kind of trouble. Look, we all know there is something seriously wrong with that woman. But if they fire her, we’re talking a wrongful dismissal lawsuit at the very least, and probably other employees getting upset and threatening to quit, other whackjobs manufacturing sob stories about how they were harassed or offended or whatever, and HR going nuclear. And if word got out to the media that we fired a black woman, forget about it! By the time it was all over, we’d have to rehire her and promote her to department head, set up a scholarship fund for disadvantaged youth, and sponsor at least three Women in Tech conferences.”…..

Next post: The Go-Bag: “What does one wear to a truly stunning natural disaster?”