Long Read of the Day: Failing States? by Sarah Chayes

Now consider the McMansions that have sprung up like growths around Washington in the past twenty years. Consider the properties in New York, Los Angeles, and Miami, the pay packages and portfolios, the offshore bank accounts — and the no-bid tenders — enjoyed by executives of defense contracting and financial investment firms, pharmaceutical and fossil fuel giants, and the lawyers and brokers who service them. Under administrations of both parties, many of those executives have cycled in and out of government.

Excerpt: Revenue streams. More than at any time in a century, money is what we count — and what counts. It means social standing. It means winning. And who controls Afghanistan, controls great sums of money.

Excerpt: Picture the three great basins of civilization: Central Asia, the Indian subcontinent, and the Iranian plateau. Picture a massive, craggy rock wall dividing them. Afghanistan owns two doors in that wall. Southern spurs of the ancient Silk Road ran through that land. Part of why Pakistan’s military government spun up the Taliban in the first place was likely to clear the highways for long-distance trade. After 2001, customs dues — or bribes for allowing drivers to dodge them — poured into the coffers of the strongmen who controlled the main crossings (clockwise from the south: Kandahar, Herat, Mazar-i Sherif, and Jalalabad). Now the Taliban gain access to that revenue.

Excerpt: It is Pakistan, not India that has mounted most of the cross-border violence in the past two decades, usually via extremist proxies analogous to the Taliban. (Remember the Mumbai Bombing?)

Why is that? Why, if you’re afraid of someone, would you punch them in the eye? Why does Islamabad want to keep India riled up?

Perhaps because those making the decisions in Islamabad are the leaders of a military dictatorship. A good pretext for asking your citizens to allow unelected military officers to rule them is the fear of an existential military threat.

Excerpt: In such contests, the poorer, “weaker” insurgents aren’t trying to rack up the bodies of opposing soldiers. That’s conventional warfare. Insurgents aim to achieve the maximum psychological impact for as little human and material investment as possible. They target emblematic people and kill them in demonstrative ways. They hang the body to a sacred tree, like some gruesome offering. They pin a note to the dead man’s tunic: “If you do what he did, this will happen to you.” They disfigure a young woman’s face with acid.

Or they put a half dozen guys up in an unfinished building in downtown Kabul with a couple of rusty mortar-launchers. This is 2011. The guys shoot at the U.S. embassy and ISAF headquarters across the street.They shut down the whole strategic complex for more than nineteen hours.

RTWT AT EXCERPTED FROM: Failing States? 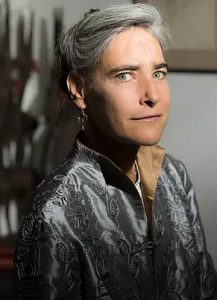 About | sarahchayes Internationally recognized for her innovative thinking on corruption and its implications, she has uncovered the unrecognized reality that severe and structured corruption can prompt international crises, such as revolutions and other uprisings, violent insurgency, and environmental devastation. Corruption of this sort is the operating system of sophisticated networks, which weave together government officials, business magnates and private charities, and out and out criminals, and represents, in Sarah’s view, the primary threat to democracy in our lifetimes. Author of the prize-winning Thieves of State: Why Corruption Threatens Global Security, she has just finished On Corruption In America — And What Is at Stake.

Previous post: Noted In Passing: Shit’s Not Tight In China Either.