File Under: If you play with something long enough you’ll break it. 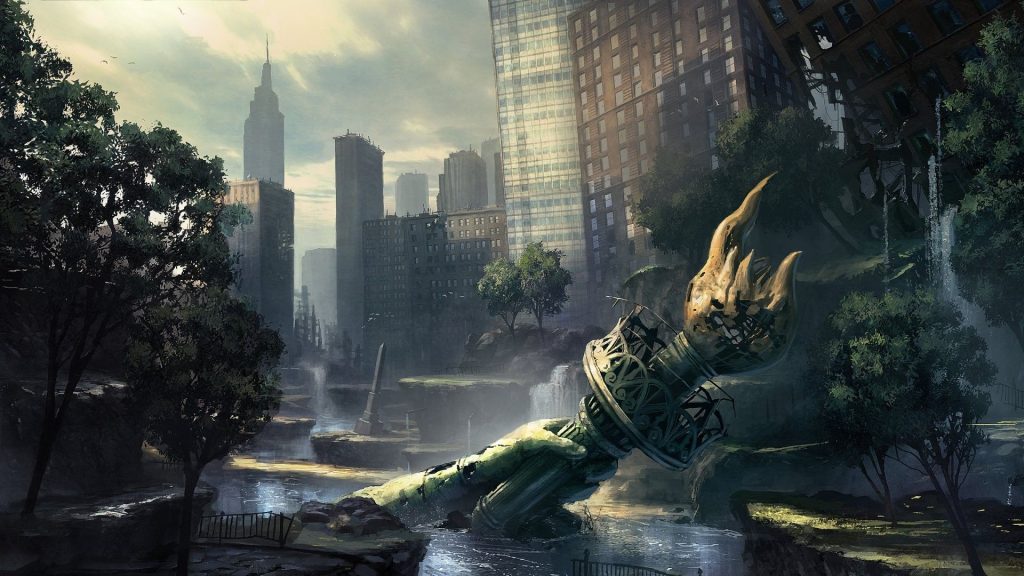 There was not enough food in the warehouses to endure seven weeks of famine, much less seven years. The perfection of the just-in-time delivery system meant that, like the finest Swiss watch, it had to work perfectly or it would not work at all. Like binary code: one or zero. All or nothing.

Woke up to no power, the TV dead, everything dead that didn’t run on batteries. Anything that depended on the internet, cell service, wireless anything, that was all dead too. My smart phone was brain dead. It could show me some of my old pictures and texts, but it couldn’t make a connection. Same deal in the motel lobby: no power, no wireless connections, no credit cards.

On balance, it wasn’t such a bad location compared to many others places I might have been when the lights went out. I could have been passing through Birmingham or Baltimore. In rural northeastern Tennessee, the typical clients of the Regal Inn were long-haul truckers and families on a budget.

Next door, the Waffle House was still serving food, but only to cash customers. Their emergency generator quickly ran out of fuel. Without electricity, the food in their freezers was defrosting, but their propane tanks still cooked hot. Then the police moved into the restaurant, and the generator was fired up again, presumably with government fuel.

The restaurant was full of cops. Plenty of light inside the big glass windows and plenty of cop cars parked outside made it a safe place. By the third day the new restaurant policy was cops only, and we highway refugees were turned away. Even the parking lot was only for police. A little Alamo, ringed by a wall of police vehicles parked end to end.

The Regal Inn had no generator, but there was still some stale “continental breakfast” food, cereal and muffins, which we shared in a civil manner (the motel staff hadn’t hidden it quickly enough). Tap water was gravity fed from an elevated tank until it ran out. We had all filled our bathtubs with water before then. Many of my fellow stranded travelers wanted to stay, afraid of the chaos being reported in the cities.

Some Knoxville radio stations were still on the air, running on generator power. Their sporadic reports were equal parts confusion, terror, mayhem, and anarchy. Shooting, killing, carjacking, home invasions. Hospitals crying in desperation for help. Some motel guests rushed away, and others stayed, too afraid to move down the interstate…

I dove into the forests and have kept within them, or at least kept them on my flank, ever since. What I know I only know from word of mouth, rumor stacked on rumor. The worst rumors came from travelers who claimed to have escaped from the cities. They invariably reported complete social breakdown: anarchy, madness, race war, mass rape, torture, widespread arson, and wholesale murder. Hunger and hatred squared, madness and murder cubed, the blood fevered by fear, desperation, and the long-simmering racial hatred finally boiling over.

The consistent theme that every city survivor repeated was the utter callousness of average, ordinary people. Shoot on sight at the effective range of your weapon became the only rule of engagement. The further away, the better. Before their faces were clear. And within a month, food took on a different meaning—predator and prey within the same species.

The few city folk who found their way to the Appalachian Trail stuck slavishly to the paths marked by trees with painted blaze marks. I avoided the marked trails; they were studded with trolls waiting in ambush for the unwary traveler. The greatest danger in the forests came from hunters and other armed woodsmen, and there were plenty of them out there, especially at the beginning. If you were seen first, you might be shot without ever seeing your killer. Or you might walk into a snare, a deadfall, a tiger pit, or some other kind of trap. One of those hunters had carried a top-grade compound bow before he took a fatal tumble. I found his camouflage-clad skeleton at the bottom of a ravine, his bow hooked on the stub of a pine limb above him as if he’d left it there for me.

I spent the first winter in a little place between Greenville and Asheville, population a couple hundred in a few clusters of homes and roadside businesses spread out over a mile or two of twisting mountain roads. No name, not officially a town. Trailers, cabins, retirement homes. I was welcomed because I’d befriended a pair of brothers on the trails who later vouched for me. They were bugging out to a retired aunt and uncle’s vacation cabin. We were heading in the same direction, away from crowds and up into the mountains. They had a place to stay, maybe, and I had maps and trail skills. Even back in that early time there was strength in numbers: everybody has to sleep sometime.

The locals met at their high school gym and church hall for barter and fellowship. There was whiskey and music, warmth and love, despite the fear and hunger. Bluegrass and moonshine gave us hope for the future while breaking our hearts for the pasts we’d all lost. For a while, we believed we could outlast the deluge of despair, safe up in the mountains. We’d carry on, we’d rebuild. Bibles and the invaluable Foxfire books would get us through another stretch of hard times in Appalachia. And when wasn’t it hard times there? For a while, some local hydroelectric power trickled into that little corner of North Carolina. Some lights burned in our corner of the world until after Christmas the first winter, so we may have had it better than most. Anyway, our last power was cut off by the end of the year.

There was quite a lot of Praise Jesus, but who could be against that after the collapse? A lot of the folks back there were waiting for the Rapture, but I never saw any evidence of it happening. What happened was more like a Rupture with the past as we’d known it.

But eventually the madness came even to our little corner of the world. When the ad hoc “town council” voted that cannibalism would not be considered a crime if the body was already dead when found, I took it as my cue to leave for deeper in the mountains. Before that announcement, from what I heard, vigilantes shot or hanged any cannibals they found. Anyway, I left around February, during the hungriest time, and cast my lot deeper into the forest, higher up the mountains… 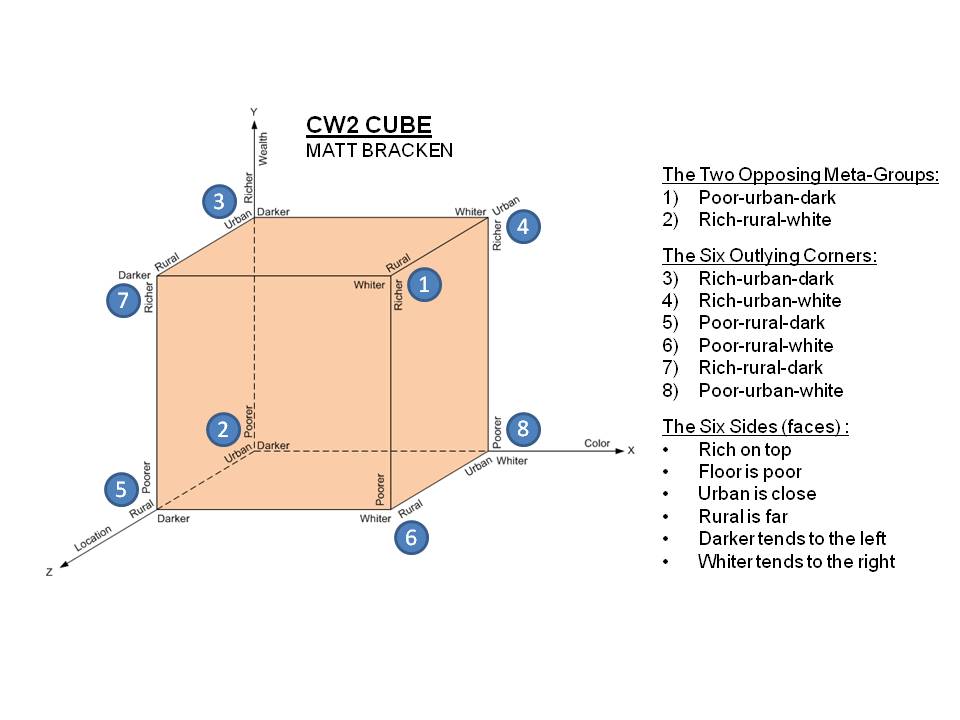 Next post: What about the main thing in life, all its riddles?