Long Read of the Century: The Falling Man by Tom Junod 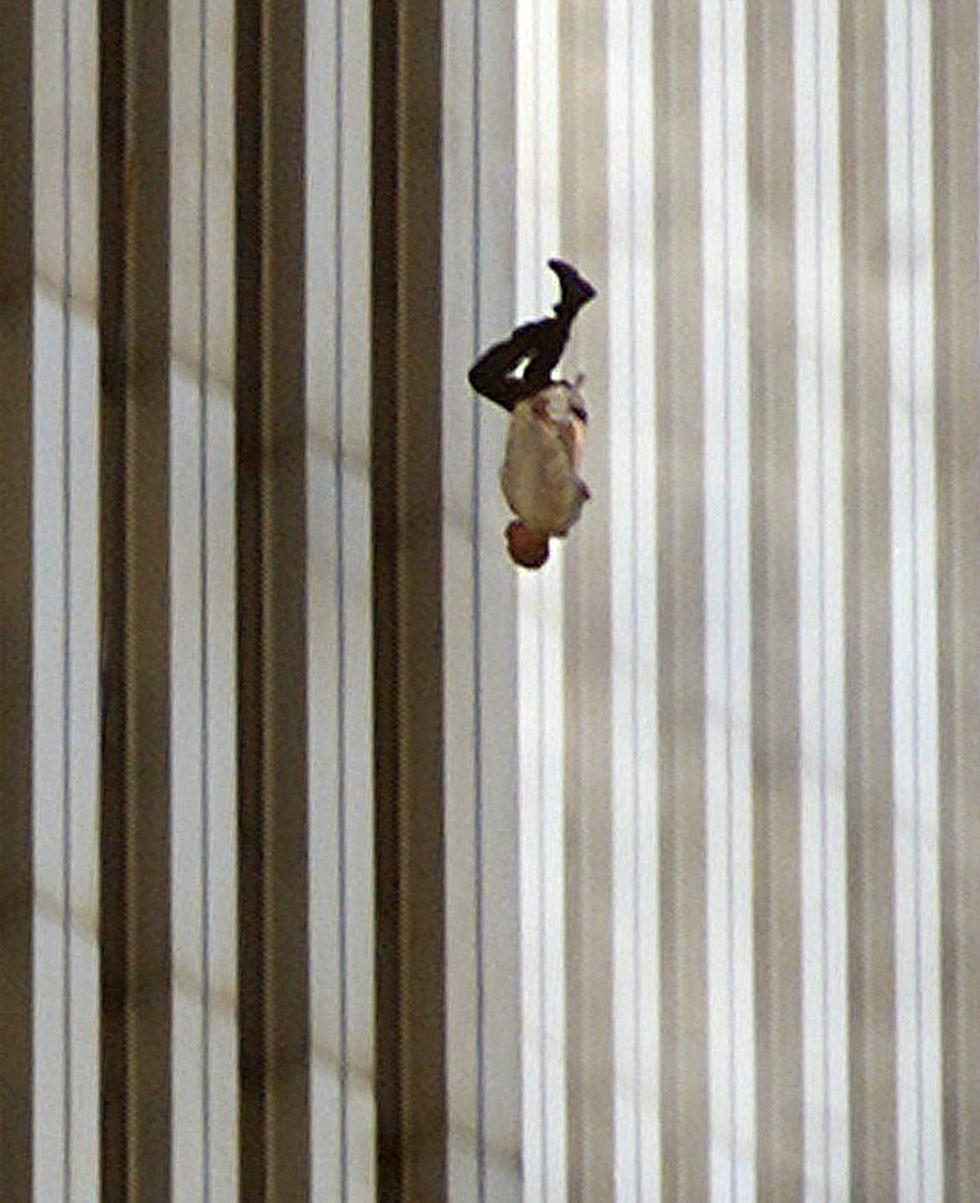 Do you remember this photograph? In the United States, people have taken pains to banish it from the record of September 11, 2001. The story behind it, though, and the search for the man pictured in it, are our most intimate connection to the horror of that day.

In the picture, he departs from this earth like an arrow. Although he has not chosen his fate, he appears to have, in his last instants of life, embraced it. If he were not falling, he might very well be flying. He appears relaxed, hurtling through the air. He appears comfortable in the grip of unimaginable motion. He does not appear intimidated by gravity’s divine suction or by what awaits him. His arms are by his side, only slightly outriggered. His left leg is bent at the knee, almost casually. His white shirt, or jacket, or frock, is billowing free of his black pants. His black high-tops are still on his feet. In all the other pictures, the people who did what he did—who jumped—appear to be struggling against horrific discrepancies of scale. They are made puny by the backdrop of the towers, which loom like colossi, and then by the event itself. Some of them are shirtless; their shoes fly off as they flail and fall; they look confused, as though trying to swim down the side of a mountain. The man in the picture, by contrast, is perfectly vertical, and so is in accord with the lines of the buildings behind him. He splits them, bisects them: Everything to the left of him in the picture is the North Tower; everything to the right, the South. Though oblivious to the geometric balance he has achieved, he is the essential element in the creation of a new flag, a banner composed entirely of steel bars shining in the sun. Some people who look at the picture see stoicism, willpower, a portrait of resignation; others see something else—something discordant and therefore terrible: freedom. There is something almost rebellious in the man’s posture, as though once faced with the inevitability of death, he decided to get on with it; as though he were a missile, a spear, bent on attaining his own end. He is, fifteen seconds past 9:41 a.m. EST, the moment the picture is taken, in the clutches of pure physics, accelerating at a rate of thirty-two feet per second squared. He will soon be traveling at upwards of 150 miles per hour, and he is upside down. In the picture, he is frozen; in his life outside the frame, he drops and keeps dropping until he disappears…