Long Read of 2014: America is adopting the Middle East model, and it’s not Islam 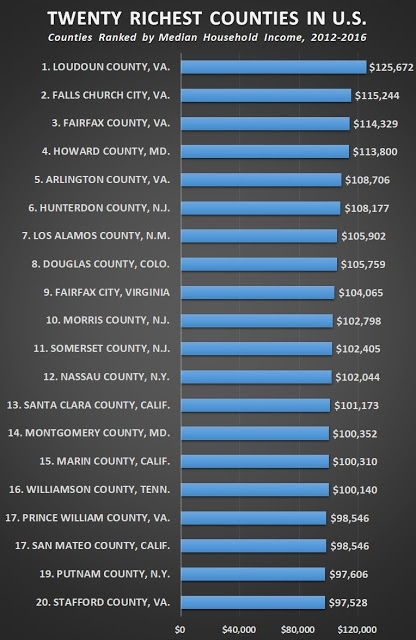 In the Middle East, however, wealth came from political power because there was no means to create wealth of significance apart of political power. So for centuries, nay millennia, the way to become wealthy there was first to gain political power. This pattern survives to this day. Saddam Hussein, for example, was a nobody of limited material means until he literally murdered his way into power in Iraq in 1979. It was after gaining control of Iraq’s government that Saddam became wealthy beyond all avarice.

Now the point of this little history lesson is this: In the United States, the means to create wealth and the exercise of political power in public office are being steadily unified. We are already well along to adopting a Middle East model. Since the Obama administration came into being, the wealthiest counties of America and the most politically-powerful counties of America have for the first tome become the one and same – all concentrated in and around Washington, D.C.

Through minute regulation of economic activity, America’s political class is deliberately suppressing wealth creation over the broad expanse of the country, while funneling tax dollars to favored cronies.

RTWT AT Sense of Events: America is adopting the Middle East model, and it’s not Islam

Next post: Taking a moment to send this one out to Cletus Socrates

Winter Oak: Ten Things We Have Learned During the Covid Coup.