Long Read of the Day: Killing the Gods of the City 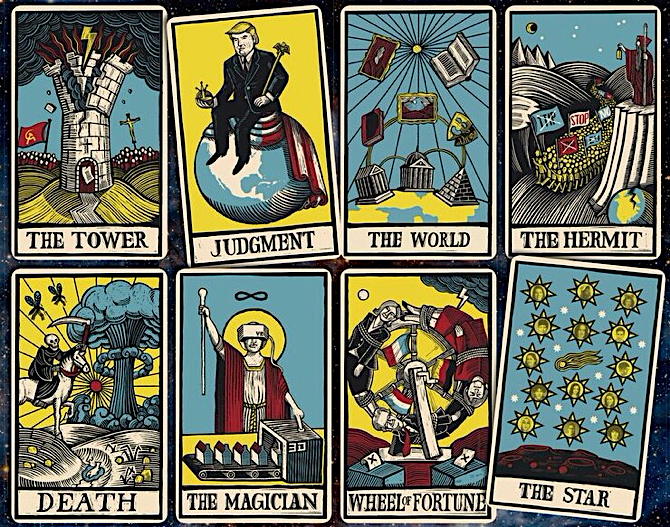 “The White House is in flames, says the media. Everything is on fire. Chaos!

“In other words, the administration is coming apart and the capital is burning. Trump is slaying sacred cows and, in the words of American Greatness Senior Editor Julie Ponzi, he is killing the gods of the city and no one knows what to do. The only thing anybody knows is that the things we are seeing have never been done before and Donald Trump is refusing to follow any of the proper conventions (if he even knows what they are . . . tsk tsk).

“The media—the cornerstone of the establishment—is doing its best to make it clear to the American people that they ought to be wringing their hands about all of this. Chaos reigns in the imperial city, and Trump is to blame. Nothing is getting done, and everything is terrible.

“Of course, this is all poppycock.

The Turmoil We Need

“People should not be upset; they should be enjoying this. The Trump effect is a good thing. He is doing exactly what he said he would do and exactly what people elected him to do. Newsflash to the Beltway establishment: Americans who elected Trump do not worship the current gods of the city. They know you’re responsible for killing the old ones and they wish to return the favor now. We want your gods dead. That is sort of what “drain the swamp” means. And, as Trump points out repeatedly: in America (at least in the middle part) we don’t worship government; we worship God. As in the one true God.

“The president is making common sense policy decisions that don’t need the backing of long reports authored by “experts” (backing that he wouldn’t have received, by the way). It is almost as if he thinks the people should rule, not supposed expertise. Kind of neat, huh? This will undoubtedly result in pushback from bureaucrats and “experts,” and timid culture warriors who apparently enjoy self-emasculation or have realized (incorrectly) that they have more to gain from maintaining the status quo.

“This was to be expected. How else could it go down? The Left wasn’t going to go down quietly or peacefully, no matter how we approached the fight. They are not open to persuasion or willing to tolerate our worldview if only we agree to voice it quietly. They will fight no matter how you do it—this way, everything is right out in the open and the people can see their common sense up against what passes for expertise.

“Congress is struggling and striving to do things and new leaders are emerging with new techniques and new approaches to solve problems. No, they have not repealed and replaced Obamacare yet. But by golly, wasn’t it fun to watch them try? Yes, the Republican Party looks awfully useless, but thinking or pretending otherwise did not help us. Seeing it, right out in the open, is exactly what we need—you can’t cure a disease unless you can see what the sickness is.

“Look at what we get to watch. The previous leaders have been exposed as complete frauds and backroom deals have failed. News reporters are chugging coffee and looking haggard, staying up late to cover marathon debate sessions from a Senate that was supposed to be in recess. The last few days have been filled with vote tallies and reports of who voted for or against what. And Congress is being held accountable for doing Congress’s job. Isn’t that something?

Next post: The Midnight Raids of the Venezuelan Secret Police and Marco Rubio