HT: NEONEOCON who notes: in » Free-climbing El Capitan He is also—obviously—rather obsessive compulsive, as one must be to do that sort of thing successfully. Human beings can accomplish amazing feats if they have just the right combination of characteristics and all the stars are in alignment. He makes me think of wire-walker Kurt Wallenda, who said, “Life is on the wire, the rest is just waiting.”

Alex Honnold woke up in his Dodge van last Saturday morning, drove into Yosemite Valley ahead of the soul-destroying traffic and walked up to the sheer, smooth and stupendously massive 3,000-foot golden escarpment known as El Capitan, the most important cliff on earth for rock climbers. Honnold then laced up his climbing shoes, dusted his meaty fingers with chalk and, over the next four hours, did something nobody had ever done. He climbed El Capitan without ropes, alone.

The world’s finest climbers have long mused about the possibility of a ropeless “free solo” ascent of El Capitan in much the same spirit that science fiction buffs muse about faster-than-light-speed travel — as a daydream safely beyond human possibility. Tommy Caldwell, arguably the greatest all-around rock climber alive, told me that the conversation only drifted into half-seriousness once Honnold came along, and that Honnold’s successful climb was easily the most significant event in the sport in all of Caldwell’s 38 years. I believe that it should also be celebrated as one of the great athletic feats of any kind, ever.

Like all mature athletic endeavors, climbing has sub-disciplines that call for different genetic gifts and venerate different accomplishments. Alpine climbing demands perverse cardiovascular endurance coupled to a lust for suffering, while its devotees have trouble getting lathered up over anything that doesn’t involve a delicious risk of death by avalanche or freezing. Indoor-gym climbing rewards one-finger pull-ups fired by a deeply spiritual connection to textured polyurethane, plus emotional tolerance for the sight of shirtless young men with complicated mustaches spidering up fiberglass overhangs.

Fear of falling is about as primal a fear as we humans have, and that fear is present to some degree whether you are 10 feet off the ground or 3,000. In this sense, Honnold’s specialty — free-soloing — is a distillation of the entire climbing world’s collective fantasy life. Vanishingly few elite climbers make careers out of free-soloing, and plenty call it irresponsible and deplorable, but in their heart of hearts they all recognize it as the final word in bad-assery. 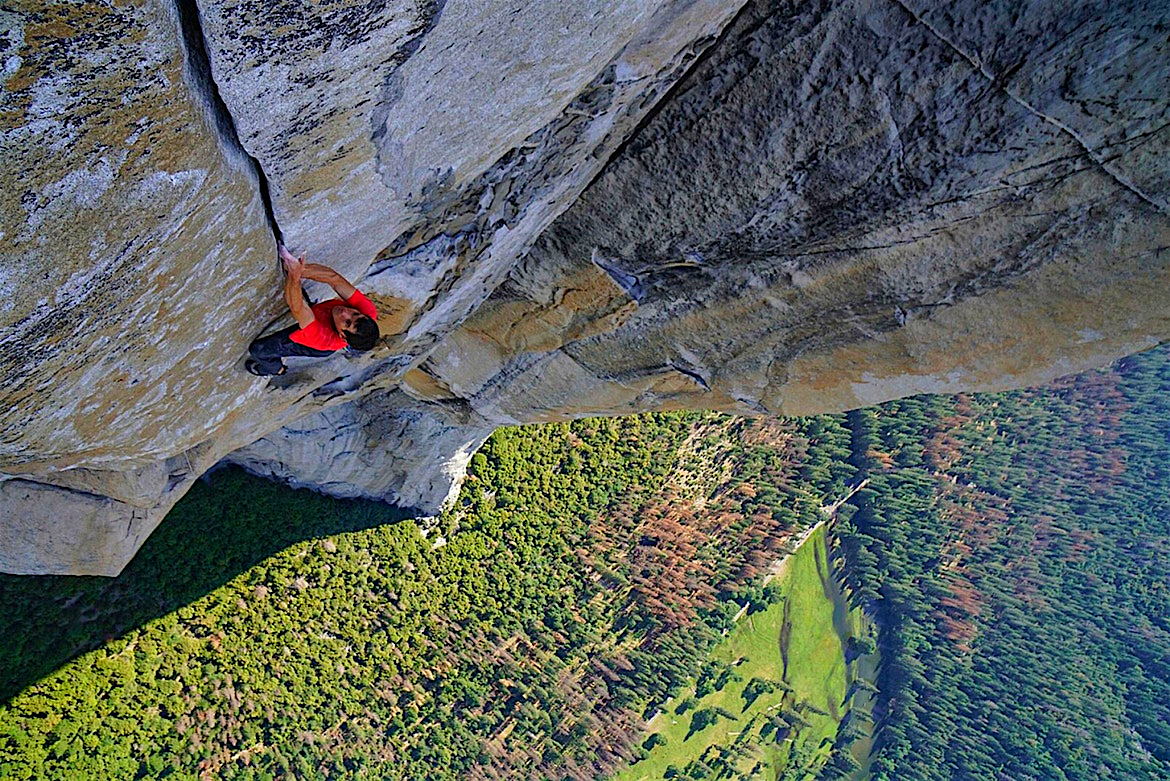