Long, long read of the week: Thirty-six Thousand Feet Under the Sea 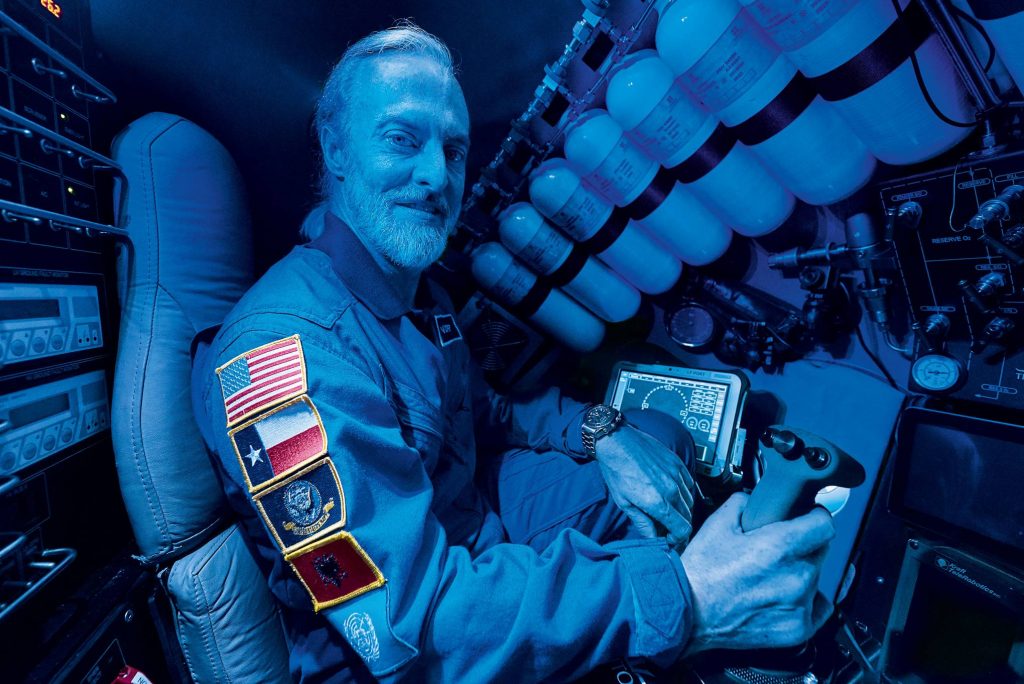 The submersible dropped at a rate of about two and a half feet per second.

Twenty minutes into the dive, the pilot reached the midnight zone, where dark waters turn black. The only light is the dim glow of bioluminescence—from electric jellies, camouflaged shrimp, and toothy predators with natural lanterns to attract unwitting prey. Some fish in these depths have no eyes—what use are they? There is little to eat. Conditions in the midnight zone favor fish with slow metabolic rates, weak muscles, and slimy, gelatinous bodies.

An hour into the descent, the pilot reached ten thousand feet—the beginning of the abyssal zone. The temperature is always a few degrees above freezing, and is unaffected by the weather at the surface. Animals feed on “marine snow”: scraps of dead fish and plants from the upper layers, falling gently through the water column. The abyssal zone, which extends to twenty thousand feet, encompasses ninety-seven per cent of the ocean floor.

After two hours in free fall, the pilot entered the hadal zone, named for the Greek god of the underworld. It is made up of trenches—geological scars at the edges of the earth’s tectonic plates—and although it composes only a tiny fraction of the ocean floor, it accounts for nearly fifty per cent of the depth.

Past twenty-seven thousand feet, the pilot had gone beyond the theoretical limit for any kind of fish. (Their cells collapse at greater depths.) After thirty-five thousand feet, he began releasing a series of weights, to slow his descent. Nearly seven miles of water was pressing on the titanium sphere. If there were any imperfections, it could instantly implode.

The submarine touched the silty bottom, and the pilot, a fifty-three-year-old Texan named Victor Vescovo, became the first living creature with blood and bones to reach the deepest point in the Tonga Trench. He was piloting the only submersible that can bring a human to that depth: his own.

For the next hour, he explored the featureless beige sediment, and tried to find and collect a rock sample. Then the lights flickered, and an alarm went off. Vescovo checked his systems—there was a catastrophic failure in battery one. Water had seeped into the electronics, bringing about a less welcome superlative: the deepest-ever artificial explosion was taking place a few feet from his head.

If there were oxygen at that depth, there could have been a raging fire. Instead, a battery junction box melted, burning a hole through its external shell without ever showing a flame. Any instinct to panic was suppressed by the impossibility of rescue. Vescovo would have to come up on his own.

Next post: Obamagate: Kayleigh McEnany explains it all to you and to the gotcha fakenewser who asks and then regrets it

Previous post: BACK UP AGAIN: Bookworm Room’s [NOT] Back