Long Gone Town: Paradise and the Long Read of the Week

Starting to appear linked across the Net, is the history Gone @ The California Sunday Magazine: 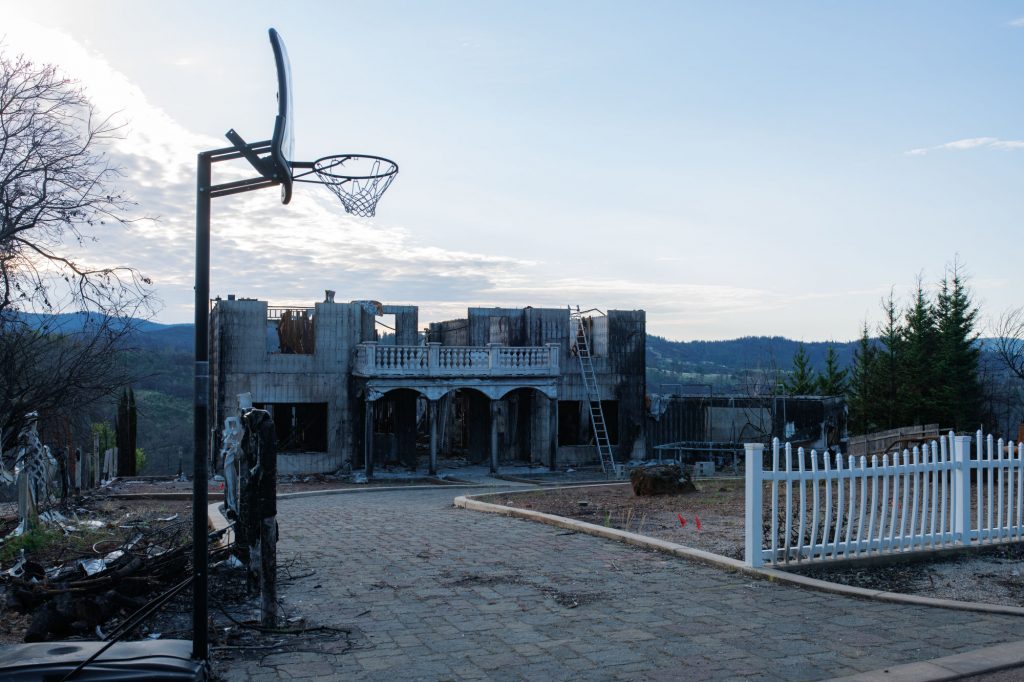 By the time I made it to Paradise, the deadliest wildfire in California history was four months past, and the burned-out ridge between the two river canyons was pouring rain. I was riding the Skyway, the road from Chico to Paradise, flatland to hilltop, trying to understand what forces had conspired last November to create a blaze of such anger that it took the lives of 85 people and destroyed 19,000 structures.

I had puzzled out enough disasters to know that tragedy was a force of intricate construction. It wasn’t one detached act that materialized as tragedy but myriad smaller acts — some incidental, some accidental, others malevolent — that lined up in perfect continuity. Had one circumstance in the sequence lost its footing, a cosmic stumble, the next circumstance would have never hitched on, and tragedy would have been averted.

Halfway into the ridge, the black clouds cleared, and the rain stopped falling. Through the ponderosa pine and cedar, the sun shot brilliant rays that lit up both sides of the Skyway. The extent of the fire’s destruction now came clear. My tour guide, Joan Degischer, a native of Paradise who married a Paradise boy and was raising two Paradise girls, counted six houses in her extended family that had been lost to the fire. As she drove from one ravaged spot to the next, she seemed unsure whether to narrate the ruin herself or keep quiet so that the visitor might find his own words.

On this perch of volcanic red earth, where gold mining gave way to logging and logging gave way to apple growing and apple growing gave way to suburbia, a misplaced place had arisen. What to call the experiment? If you counted the sprawl up the mountain that followed the original sprawl on the hill, 40,000 people lived atop a geologic chimney. Though the citizens through the decades were unable to muster the collective will to contain the growth, they did not proceed out of ignorance of the dangers it courted. Rather, they chose to forget about the last drought, the last flood, the last wildfire. And so, self-consciously, as if it might save them from such a fate, they insisted Paradise wasn’t a “city” they were building on the ridge. It was, upon incorporation in 1979, an official town. The Town of Paradise. The “Town with a future” went the slogan.

On this perch of volcanic red earth, where gold mining gave way to logging and logging gave way to apple growing and apple growing gave way to suburbia,  a misplaced place had arisen.
It was empty now, and it was filled up. Scorched trees and felled trees, burnt shells of cars and melted piles of twisted corrugated tin, ashes of businesses, ashes of houses, ashes of people had become its own place. There were stretches of the Skyway where fire had not touched what the townsfolk had built, but these stretches had been altered, too, turned into things no longer recognizable by the things that were missing. Brick chimneys stood guard over the voids like giant middle fingers.

We could only speak to what was gone: