Little Hitlers of the Internet 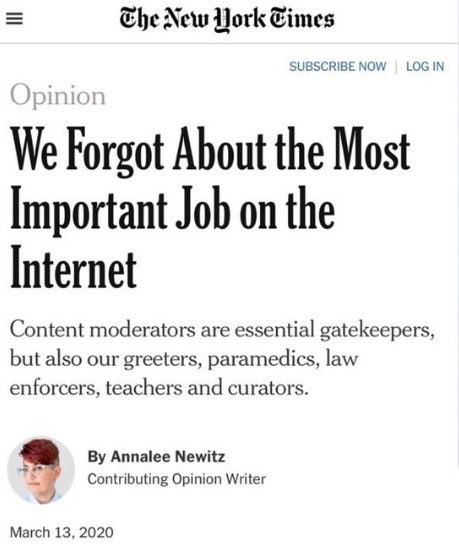 It seems to have escaped Annalee Newitz’s notice that the whole purpose of the internet is to give users the opportunity to get away from people like her. And by ‘people like her’, I mean blackboard tyrants and petty despots. Kind of like what happened in the American Revolution: we got rid of a king, and we damn well weren’t going to set up another king. It’s this emphasis on decentralization, embedded in the original network design way back 40 odd years ago, that makes the internet what it is. She evidently has missed the entire point of the revolution in personal computing.

Third, it’s a display of how SJWs typically operate. They are are not good at most things. However, they are good at burrowing into unsuspecting groups and institutions and weaseling themselves into decision-making, rent-collecting positions where they can then repurpose the organizational goals toward implementing SJW dogma. It’s kind of like how a virus operates on living cells.

They don’t like doing any actual work. They love, however, telling everyone else how to work. Also where they should work, when they should work, and what jobs should people work at. The very thought of ordinary people solving these sorts of issues on their own paralyzes SJWs with fear. 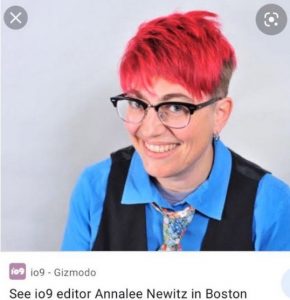 So the progressives have been trying to restructure the internet according to SJW preferences, and this op-ed piece is just part of this hollowing-out effort.

Lastly, they say you shouldn’t judge by appearances, but I am going judge the author of this op-ed piece by her appearance. She looks like this. I’ve seen worse, but still, when I look at her, I immediately think: (a) daddy issues, (b) self-identity issues, (c) mental health issues and (d) would most likely hate me if she knew me. Or some combination.   by Oregon Muse at the The Morning Rant