Linkskrieg: Going to Pot All the Time Now 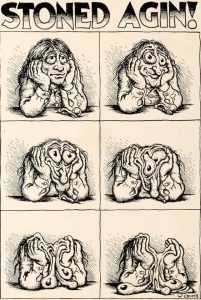 Smoke ‘em if you got ‘em: Pro-cannabis people will say that cannabis is the greatest medication ever, and harmless.

The eternal sadness of the single-fob Jag owner’s mind: Global car manufacturers that rely on sourcing parts from China are now on the front line of the crisis and facing shutdowns.

This opinion in the Wall Street Journal got 5 Journal reporters thrown out in retaliation.

Woke Rule No. 1 is that anything with “Principles” in its name is a grift.Embarrassing Festival Of Never Trump Losers Occurs For Some Reason

Progressivism is a cult of iconoclasm. We have had more unintentional change in the last two centuries than at any other point in human history,

Dear bitter kids and grandkids, Fuck off and get  to work. Strong letter follows: Old people should not be so quick to condemn the young people for mocking Baby Boomers or criticizing civic nationalism.

Never a rose without a thorn.   The virus that challenged the world

Chaos Theory made real by a bat?

Maths is hardz and then you sinks:  Spain builds submarine 70 tons too heavy after putting a decimal in the wrong place

Stupid question answered with love:  Do You Need a Handheld Minigun? Of Course You Do.

NYT needs to find a hole to get sick in:  NYT panics over 2020 race

Americans to Bloomberg, “Go fuck yourself with an atom bomb.”  This debate brought to you by Michael Bloomberg

Finally, LINKSKRIEG knows what you want; what you really want,…