Orwell just rolled over in his tomb https://t.co/1GrbsAyc65

What about handwashing? Take this as a reliable indicator: every touchscreen at 8 McDonald’s locations in the UK tested postive for fecal bacteria (that would be sh*t, boys and girls). Which means people don’t even wash their hands after they wipe their asses. Think about that when you grab a store or office door handle, shopping cart, or use an ATM. And I remind you, yet again, that from 1/1/2019 through 12/31/2019, common garden variety influenza, just in the U.S., probably killed between 8000 and 20000 people, as it has annually since fucking ever, and no one lost their collective minds, nor did breathless around-the-clock live broadcasts of how many bodies hit the floor. Raconteur Report: Don’t Be Those Guys

CNN Announces Daily ‘Two Minutes Hate’ Segment |    Viewers will be worked up into a frenzy through subliminal messaging and the energy of the crowd. Hosts will use provocative imagery and mocking to get everyone really angry and make them hate their political opponents. Triggering images such as people in red baseball caps and politicians with orange skin will flash across the screen until the crowd’s rage is built up to a sufficient level.

“Be angry! Be very upset! Be outraged! Everything is terrible!” Don Lemon cried at the crowds dutifully assembled around CNN telescreens across the nation. “Repeat after me: Trump voters are sheep!” 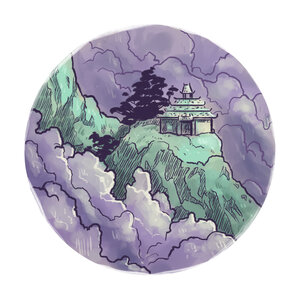 The breath of the clam-monsters  In Japan, shinkiro (mirage) was attributed to the breath of giant sea molluscs. When this purple mist bubbled up from the deep, it hung above the water in the form of a spectral island called Horai, complete with palaces and temples. In China, the island was known as Penglai, and 8th-century poet Ch’ien Ch’i declared that any dignitary making the crossing to Japan would spot “the high houses of the clam-monsters bannered with rainbows”. The Waterless Sea

Unlike impeachment show, which was never allowed to go off script, election show is looking like an improv skit gone terribly wrong. The main star has come down with a very bad case of dementia. His understudy is an elderly Jewish man unaware of the fact the Soviet Union collapsed thirty years ago. The rest of the players look like call backs for a film student’s graduate project. What happens after the show opens next week could be some of the best unintentional comedy of the year. Election Special | The Z Blog 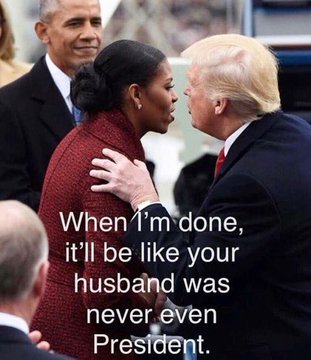 A bumper day in the meejah: Trump about to be acquitted in Washington, Britain to formally leave the Euro Union. These well-publicized events must lead to something. Everyone will be given another chance, to tune out, and catch up on sleep, before the next political sensation. Since the Coronavirus too obviously came from the exotic meat stalls at Wuhan, Red China, there has been a slight delay in assigning blame, but I notice “Trump’s Katrina” has already been tried on.  Essays in Idleness

Run on This   The good news for Americans keeps coming: life expectancy up, drug deaths down, infants born with problems from drug-addicted mothers down.

America’s Gerontocracy Poses Great Risks    One presidential candidate has noticeable difficulty organizing his thoughts into coherent sentences, much less paragraphs. At least one Supreme Court justice is physically and mentally compromised, but nothing important has gone off the tracks. Yet. 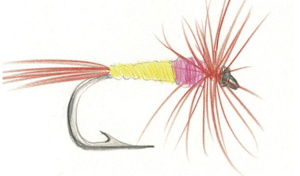 Tups Indispensable  Made for catching brown trout in the chalk streams of south west England, this fly was the brainchild of Devon tobacconist RS Austin in 1890. Its peculiar name stems from the fact that it utilised an unusual material in its manufacture; namely, wool taken from the testicles of a ram or ‘tup’. This fine substance was long noted by anglers for its “beautiful dusty yellow” colouring, as first recorded in Alexander Mackintosh’s 1806 book The Driffield Angler. Woolly buggers and booby nymphs 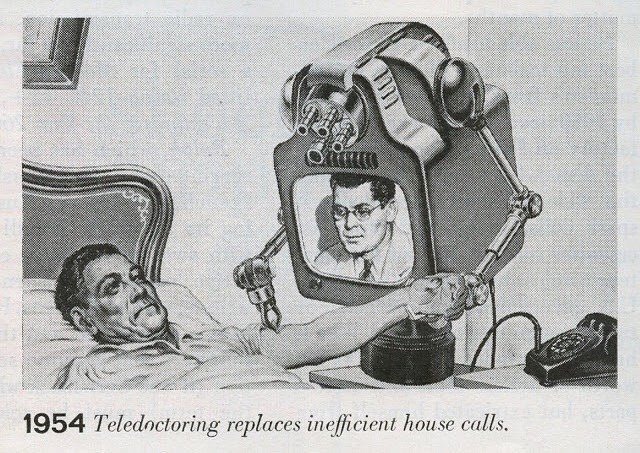 Overall, the “impeachment managers” have been tedious and insulting. They’ve produced no credible case that President Trump has committed an offense that would justify his removal. Indeed, Jerry Nadler alone would have been enough to queer the pitch, with his rants about how voting to exonerate Trump would be tantamount to treason. But add Adam Schiff, who might be the most disliked man in politics at this time, and you have a recipe for a boredom and insult souffle that was guaranteed to fall flat. Liberty’s Torch: Quickies: Impeachment Fail

Life Without Intellectual Principle:  The main problem for the right is its characteristic weakness of character. Up against an insidious and uncompromising left, the right often refuses to fight a principled fight. Where moral courage and intellectual integrity are needed, many conservative intellectuals choose conformity and cowardice, careerism and lucre. Nor are the rare and brave individuals such as Amy Wax sufficient. Winning the culture war requires collective action, so the right will be doomed if it doesn’t get some guts. Will it ever?

An Orwelexicon for Bias and Dysfunction in Psychology and Academia

Cisandrophobia: Fear of and prejudice against heterosexual men.

Decontextaphilia: An unhealthy attraction to quoting others out of context.

Emotional imperialism: The strange belief that your feelings should dictate someone else’s behavior.