Lingams of the Labyrinth Arguments are just for show. People don’t expect to win hearts and minds in them, not really. Rather, it’s often just a virtue signal, or the refilling of narcissistic supply. Modern Media, Superiority Complexes, and the Gell-Mann Amnesia Effect | Declination

Diving Days: No vast political importance In which Fred contemplates diving deep into the holes in the ocean.

The suspect told police âgive me a lawyer dog. The court says he wasn’t asking for a lawyer. And when a suspect in an interrogation told detectives to “just give me a lawyer dog,” the Louisiana Supreme Court ruled that the suspect was, in fact, asking for a “lawyer dog,” and not invoking his constitutional right to counsel. It’s not clear how many lawyer dogs there are in Louisiana, and whether any would have been available to represent the human suspect in this case, other than to give the standard admonition in such circumstances to simply stop talking. 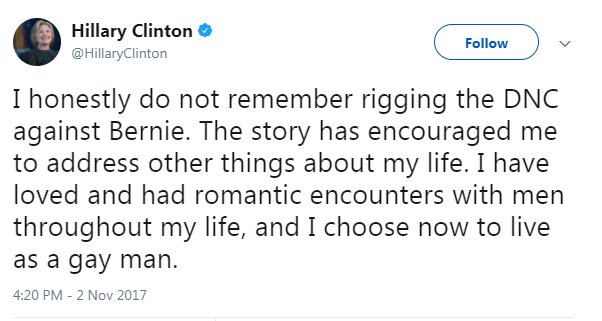 File under “Great Mysteries of Modern Life:”Why Does the McRib Always Come Back? – Chowhound

“40 years ago, The Muppet Show told the truth. https://t.co/mvyZPaXj5l”

40 years ago, The Muppet Show told the truth. pic.twitter.com/mvyZPaXj5l

“I’ve labored long and hard for bread,/
For honor and for riches,
But on my corns too long you’ve tred
You fine haired Sons of Bitches.”
—The Poetic Tale of Literary Outlaw Black Bart | Smart News | Smithsonian

Chairman of the House Oversight Committee Trey Gowdy trolled for laughs by observing that nobody can no longer remember anything. “I am also interested in sharing some memory tricks with folks at the DNC because no one can remember who paid $10 million to a law firm to do oppo research,” he said. “Ten million dollars and no one can remember who authorized it, who approved it.”A Shortage of Competence | Belmont Club

The nostrums are depressingly old whether firing the special prosecutor to stop the indictments, pushing Silicon Valley into censoring everyone or feeling sorry that poor Hillary was hacked by mean old Putin. A Shortage of Competence | Belmont Club Secret Chamber? Cosmic Rays Reveal Possible Void Inside Great Pyramid An international group of researchers reported today (Nov. 2) in the journal Nature that by tracking the movements of particles called muons, they have found an empty space more than 98 feet (30 meters) long that sits right above the granite-walled Grand Gallery within the massive pyramid.

They want so desperately to shout down this man. I once thought it was because of his immigration policies — and I have no doubt that was a major factor, at least at first. But I’ve come to realize that there’s a deeper reason. He makes them look like idiots. He hurts their egos. Because, deep down, they know they aren’t the superior intellects they pretend to be. They know they are fake news. And he not only sees through them, he’s exposed them as frauds in front of the world. This they cannot forgive, or forget. Modern Media, Superiority Complexes, and the Gell-Mann Amnesia Effect | Declination Next post: Boomer Hymns: Amazing Grace (My Chains Are Gone)