“In the great journal of things happening under the sun, we, the American people…. find ourselves in the peaceful possession of the fairest portion of the earth as regards extent of territory, fertility of soil, and salubrity of climate.

“We find ourselves under the government of a system of political institutions conducing more essentially to the ends of civil and religious liberty than any of which the history of former times tells us.

“We, when mounting the stage of existence, found ourselves the legal inheritors of these fundamental blessings.

“We toiled not in the acquirement or establishment of them; they are a legacy bequeathed us by a once hardy, brave, and patriotic, but now lamented and departed, race of ancestors.

“Theirs was the task (and nobly they performed it) to possess themselves, and through themselves us, of this goodly land, and to uprear upon its hills and its valleys a political edifice of liberty and equal rights; ’tis ours only to transmit these—the former unprofaned by the foot of an invader, the latter undecayed by the lapse of time and untorn by usurpation—to the latest generation that fate shall permit the world to know. This task gratitude to our fathers, justice to ourselves, duty to posterity, and love for our species in general, all imperatively require us faithfully to perform.

“How then shall we perform it? At what point shall we expect the approach of danger? By what means shall we fortify against it? Shall we expect some transatlantic military giant to step the ocean and crush us at a blow? Never! All the armies of Europe, Asia, and Africa combined, with all the treasure of the earth (our own excepted) in their military chest, with a Bonaparte for a commander, could not by force take a drink from the Ohio or make a track on the Blue Ridge in a trial of a thousand years.

“At what point then is the approach of danger to be expected? I answer. If it ever reach us it must spring up amongst us; it cannot come from abroad. If destruction be our lot we must ourselves be its author and finisher. As a nation of freemen we must live through all time or die by suicide.

“I hope I am over wary; but if I am not, there is even now something of ill omen amongst us.

“I mean the increasing disregard for law which pervades the country—the growing disposition to substitute the wild and furious passions in lieu of the sober judgment of courts, and the worse than savage mobs for the executive ministers of justice.

“This disposition is awfully fearful in any and that it now exists in ours, though grating to our feelings to admit, it would be a violation of truth and an insult to our intelligence to deny.” – – Abraham Lincoln The Perpetuation of Our Political Institutions 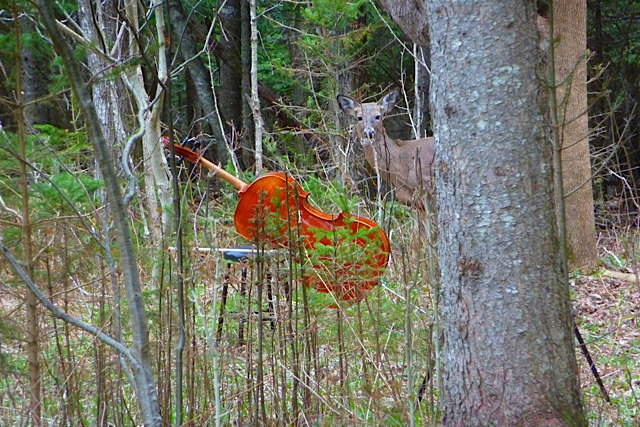 Next post: What I Saw: Notes Made on September 11, 2001 from Brooklyn Heights